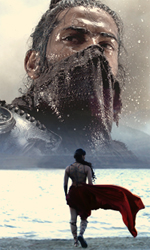 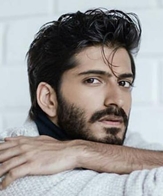 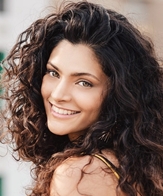 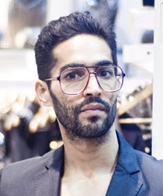 "Mirzya" is a very simple yet extremely layered love legend. The lovers here face what lovers everywhere have faced since love was discovered in the human heart. As in "Rang De Basanti", Mehra creates two levels of storytelling, one that is situated in the present times with the lovers going through the love tropes with a kind of gentle persuasiveness that makes destiny seem charmingly welcome, and the other love story that unfolds in a snowswept landscape of the past with a fatal fury.

The provocative uniqueness of Mehra's "Mirzya" flows out of its narrative format. Stylish and yet improvisationa, "lMirzya" imbues the love legend with a casual grace and a disarming ardour. A large portion of the film's inescapable charm is traceable to the lead pair who are no gym-produced mannequins. Flesh and blood, they bleed and bawl, plead and brawl, with their tempestuous love for one another being the epicenter of their conflict.

And Gulzar gives them such lovely lines to speak. Harshvardhan and Saiyami own those lines with proprietary pride. The exemplary sound design (Pranav Shukla) is so textured and tonally correct we can hear every crack in the lovers' hearts.

This brings me to the film's exceptional technical qualities. "Mirzya" is arguably the most technically accomplished piece of cinema in a very long time. Spaces in the heart are virtually manifested onscreen in the characters' clothes, demeanour, performance and posture.

All of this is achieved with a subtlety and tenderness which are not all accessible or obtainable in the first viewing. "Mirzya" tells a deceptively simple tale of star-crossed love with a flummoxing flourish. Why the two love stories fused in concurrent movements which allow no room for demarcation lines? This question gets its answer in the empowering befitting finale where, shall we say, guns and arrows meet without a violent conflict of interest between the two weaponry.

For me, what made "Mirzya" unstoppably unique was its even temper. Even during the moments of heightened emotional conflict and outburst Mehra is in full and supreme command of his character's words and action. The music by Shankar Ehsan Loy is the life and breath of the lovers' journey from a childhood togetherness to doomed adulthood.Every musical piece in the narrative tells a story.

The stable-boy Adil that Harshvardhan plays could be Heathcliff from any era(considering Mehra's penchant for era-less drama). The debutant plays the tormented lover-boy using his eyes that speak a million words of recrimination. Harshvardhan's forte is pain and hurt. He expresses these with an honesty reminiscent of Dilip Kumar in Dil Diya Dard Liya.

Saiyami Kher as Suchitra is no comestic beauty. She is real and unstoppably vivacious, a Kajol of the new generation. Anuj Choudhary as Suchitra's royal fiancé is adept at expressing an arrogant hurt. But the scene stealer is Anjoli Patil as Zeenat the ironsmith's sensuous daughter who has the eternal hots for Adil. Anjoli chews the meat off every scene that she has including a very crucial wedding -chamber scene where she breaks your heart.

It is the older actors who let us down. Or is it the script that doesn't allow them room to show their worth?

There are some terribly bright child actors in the film lending a sense of artless innocence to the luminous goings-on. Every frame of "Mirzya" speaks a language that echoes Luis Bunuel. A lot of the credit for the captivating cadences of the storytelling must go to Shankar Mahadevan's astonishing music and Pawell Dyluss's soul-searching cinematography which makes every shot a do-or-die endeavour without sacrificing the spontaneity and fluidity in the narration.

Then there is P S Bharati's editing. She fuses the two eras where the two love stories unfold with an effortlessness that makes the director's existential philosophy-that life moves from one conflict to another without the luxury of full stops-seem like the only way love can be expressed.

Rakeysh Omprakash Mehra's "Mirzya", loosely inspired by the eternal love story of Mirza-Sahiban of Punjab, is about childhood lovers Monish (Harshvardhan Kapoor) and Suchitra (Saiyami Kher). It is lyrically told and embellished with the rich folklore of Rajasthan, replete with picturesque locales.

On the face of it, this sounds perfect. But alas, it is not. The weak story line with a convoluted screenplay and the languid pace of the film, taking the narrative nowhere, is its undoing.

The first half of the film establishes their love story which begins from school, albeit with the help of a screenplay that goes back and forth in time simultaneously straddling two worlds, in both of which the lovers are jinxed. The second half, instead of picking up momentum, is painfully slow, with nothing new being offered to the audience by way of narrative. The fait accompli of the lovers and the film is by then already evident.

The screenplay, hinged on a cliched story, is not taut and meanders aimlessly, offering nothing novel even by way of treatment. In scenes when the lovers are escaping and ought to be tension-ridden, the dialogues in a light vein seem out of context and amateurish, diluting the intended intensity of the film further. The characters too are not convincingly etched, thus failing to engage the viewers.

Harshvardhan Kapoor as Monish aka Adil Mirza, is sincere, but lacks the persona and charisma of a star. Sadly, for a debut film, he does not have much to display by way of histrionics, except his horse riding and archery skills. He does not appear convincing in the emotional scenes.

Saiyami Kher as Suchitra, his love interest, grows on you as the film progresses and from a gawky presence in the first few scenes, she gets a hold over herself and commands attention, especially in the second half when the childhood lovers meet. She appears confident and emotes naturally too.

Art Malik, a brilliant international actor, as Suchitra's father, lights up the screen with his strong personality, but seems a tad out of place in the setting.

Anuj Choudhary as Prince Karan, leaves an indelible impact and portrays a jealous lover with a bruised ego, effectively. Anjali Patil as Zeenat, Mirzya's silent and selfless lover, is equally powerful, albeit in a small role. She evokes your sympathy more than the actual lovers in the film.

The music by Shankar-Ehsaan-Loy is undoubtedly the raison d' etre of this film and the audience is willingly distracted by the innumerable songs -- "Mirzya", "Teen Gawah Ishq ke", "Aave re hichki", as these provide the necessary relief here, rather than being an aberration.

Daler Mehndi renders the title song with the requisite gusto and passion, making it pierce through your heart. Perhaps it is the music, including the background score, which evokes the pathos in the audience rather than performances on screen.

Director of Photography, Pawel Dyllus, deserves kudos as the cinematography is yet another highlight of the film, as the frames are picture-perfect and leave you mesmerized. Whether it is the colourful dances of Rajasthan or pristine Ladakh, these are beautifully captured by his lens.

Overall, "Mirzya" even though two hours and 10 minutes, seems like a lifetime in the theatre as Rakeysh Omprakash Mehra does not succeed in involving you in the love story of the duo. Neither does your heart beat for them nor do you get teary eyed when they are separated. Aesthetically, it is a treat though.

"Mirzya" actress Saiyami Kher wiill make her Marathi film debut as Riteish Deshmukh's leading lady in his next production and acting venture titled "Mauli".The film, directed by Aditya Sarpotdar, is produced under Riteish's banner Mumbai Film Company.It's especially a happy moment for Saiyami, as with "Mauli", she will carrying forward the Marathi legacy of her grandmother and veteran actress Usha Kiran.Read More

Won't have been able to do ‘Bhavesh...' without ‘Mirzya' experience: Harshvardhan

Actor Harshvardhan Kapoor, whose debut film "Mirzya" failed at the box office, says without its experience, he wouldnt have been able to do the forthcoming "Bhavesh Joshi Superhero".Harshvardhan was present at the trailer launch of the superhero film here on Wednesday.Asked how he dealt with the failure of his first film at the box office, he said: "To be honest, I kind of knew somewhere that we were trying to do something new and different.Read More

If you love until it hurts, there can be no more hurt… only love"