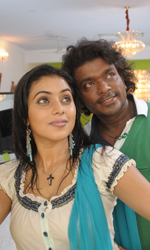 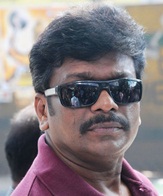 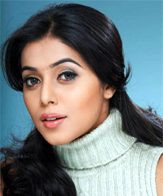 Director-actor Parthiban makes a comeback after a long time. He leaves behind psychological themes and opts for an action oriented cop story for his comeback movie.

The film, about a cop`s courage, banks on a time tested and often repeated mass theme of the battle between the good and the evil.

The movie boasts of Parthibhan`s typical style of filmmaking with several twists and turns. These elements gives an impression that the film will be different, but once the saga unfolds, it turns out to be a routine action masala movie.

It is all about the fight of a cop with underworld dons and other bad elements and it happens when he is bitten by love bug.

ACP Rowthiran (Parthiban) is an upright police officer and his brave acts against criminals make headlines. Predictably, he becomes the target of his corrupt senior officers.

Meanwhile, he meets Mary (Poorna), a call centre employee. She initially misunderstands him, but once she learns about his mission, she falls for his valour.

Meanwhile Rowthiran`s mysterious past is revealed and after a sequence of events, he is put behind the bars.

The rest of the story shows how Rowthiran cleverly plans to settle score with a leading gangster, played by Milind Soman.

Parthibgan maintains the suspense element well, but fails to sustain the momentum as he restores to predictable events to take the story forward. The protagonist is shown as a brawny cop, but he indulges in mindless killings in the second half. In the process, he also kills the interest of the viewers in the movie.

But Parthiban, the dialogue writer, steals the show. As an actor, his body language and dialogue delivery are powerful.

Milind Soman is one of the plus points of the film - his performance is strengthened by Goutham Menon`s dubbing.