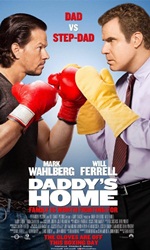 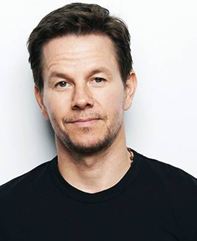 "Daddy's Home", directed by Sean Anders, is a flighty comedy that adheres to the now well-established conventions of the Will Ferrell school of comedy. It is a loosely structured farce that satirises modern concepts of fatherhood and masculinity.

The narration begins with a soft-hearted, radio station manager, Brad (Ferrell) explaining the difference between a father and a dad. He further elaborates as to why he delightfully prefers to take on the role of the step-dad to Dylan (Owen Wilder Vaccaro) and Megan (Scarlett Estevez), the two young children of his strikingly beautiful wife, Sarah (Linda Caredellini).

Brad realises the importance of the father spending time with his children and succumbs to the children's biological father, Dusty's (Mark Wahlberg) insincere flattery, when he lands up at their home.

The passive-aggressive battle for the children's affection forms the crux of this film.

Packed with streaks of nasty as well as raunchy humour, the narrative builds up momentum, when Dusty attempts to undermine and embarrass Brad at every turn. Brad's behaviour grows increasingly unruly and erratic as he's overcome with neuroses. Unfortunately, the laughs never materialise, but they don't fall flat either.

The comic set pieces range from the CGI-enhanced slapstick; where Brad loses control of Dusty's high geared motorcycle and drives into the house; Brad loses control of the roller skateboard and flies into a power line, to the neutered versions of the typical bawdy outburst found in Anders's previous work, culminating in Brad's drunken buffoonery during halftime at a NBA playoff game.

The script written by a team of five Ethan Cohen, Adam Mckay, Chris Henchy, Brian Burns and Sean Anders lacks the depth for a wholesome entertainer. The plot is a series of improvised skits and comedy sequences that are strung together just close enough to create a three-act storyline.

Also, the characters are lazily etched. The film belongs to Will Ferrell and Mark Wahlberg. Together they make the odd pair. Their rivalry forms a major chunk of the narration and unfortunately they are less effective as the comic duo.

Wahlberg's character is more based on conceit than performance; with his rugged physique he is expected to get laughs from the idea of his intimidating impressive underdog act more than his line deliveries.

On the performance front, both offer nothing exceptional.

The others in stock roles are; Hannibal Buress as the handyman who takes up residence in the family's household alongside Wahlberg, Thomas Haden Church as Ferrell's boss at the radio station, Bobby Cannavale as the infertility-doctor and Linda Cardellini as the vaguely passive wife, who distrusts her ex, but essentially goes with the flow depending on which man dominates her attention in the moment.

Wrestler-rapper-actor John Cena shows up in a clever cameo right before the end.

By no stretch of imagination is "Daddy's Home" a children's film, for adults may enjoy it more.