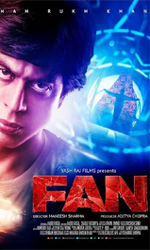 What a triumphant return to form for an actor whose career has been lately beleaguered by sub-standard scripts and mediocre directors.

This time Shah Rukh is in the mood to kill and we don't mean that just as a metaphor. As this far-from-frothy take on the very complex star-fan relationships develops into a ominous cat-and-mouse chase, Shah Rukh grips both the characters-yes, for those who came in late he plays both the star and the fan-in a firm grasp that makes us simply gasp.

Shah Rukh is in full command of both the characters. He gives both Aryan and Gaurav ample room to grow, grow apart and then clash in ways that shows what skilful scripting can do to a superstar's yearning to excel.

Outwardly playing Aryan Khanna, the superstar , would seem relatively easier for Shah Rukh than playing the obsessive fan. But playing the star is actually a far tougher task. Shah Rukh incorporates elements from his real life into the on-screen persona. Aryan Khan comes across as a very humane icon, there are bouts of charm and fits of rage going hand-in-hand here. He makes no attempts to deify himself. That's what gives the narrative its muscle and lubrication.

As for the fan Gaurav Chanana, the prosthetics go a long way in creating a character who is so believable and yet so distinguished Aryan Khanna that it's almost like two different actors playing the two roles. The voice, the body language and the complete character transformation, we've seen Shah Rukh do it in "My Name Is Khan" and "Rab Ne Bana Di Jodi."

From the sunny to the sinister, Shah Rukh's Gaurav Chanana takes us on a rollercoaster ride across a plot which is propelled by pungency. The superstar gets some valuable support from co-actors like Sayani Gupta, Deepika Amin and Yogendra Tikoo whose presence is skillfully woven into the darkly disarming drama of a duel between the dapper star and his distressed disingenuous doppelganger.

Writer Habib Faisal seems to tap into the fan's inner-most adulation for the star. There is more angst than sweetness in the relationship. In scene after scene, even when the angry fan gets down to ‘create a scene', Faisal conceptualizes the turbulent conflict between the idolized and the idoliser, with a keen eye on keeping the drama on a tight leash.

For a large part of the narrative the energy and mood are bridled and broken down to an acceptable and credible level. The director films the duel of deception in bright colours that flatter to deceive. The bonhomie wears thin soon enough. When it does, the narrative is ready to shift gears with brisk adeptness.

A lot of the credit for bringing the two protagonists' irreconcilable lives into a karmic clasp goes to editor Namrata Rao. She breathes an urgency into the proceedings without knocking the drama senseless . Towards the end, the plot begins to fall apart.
Which, in a way, is what is only to be expected. Doom, you see, a pre-condition in a relationship between unequals.

What "Fan" ultimately says about the star's equation with his admirers is that tragedy awaits any attempt to break the barrier that divides the heroes from their followers. Every star who thinks he and she must mingle with the fans and “belong'' with them must see this film.

The makers have dropped the teaser of 'Fanney Khan' and it aptly narrates the musical journey of Anil Kapoor, Aishwarya Rai Bachchan and Rajkummar Rao. Its enthralling music and powerful performances made almost a minute-long clip interesting.Read More

In a world of labels it`s easy to forget who made sportsmen, pop singers and matinee idols into stars, superstars and megastars- the FANS. Every FAN has their own personal relationship with their hero -it`s almost a Love Story.

From the by lanes of Delhi, young Gaurav embarks on a journey to the city of dreams, Mumbai, in order to wish his God on his birthday. After all, he is Aryan`s biggest FAN and even has a striking resemblance to him - how difficult could it be for the world biggest FAN to get an audience with the world`s biggest Star.

When things don't go according to plan, Gaurav`s love and passion for his God turns in to a dangerous obsession that crosses the fine line.

In an edge of the seat thriller, FAN will peel away at both Gaurav and Aryan`s personalities and characters as the two men discover people within themselves that even they didn't know existed, and we`re left wondering who to sympathize with and whom to root for – can we really pick a side, after all, Superstars are also human beings but each one of us is also a FAN. 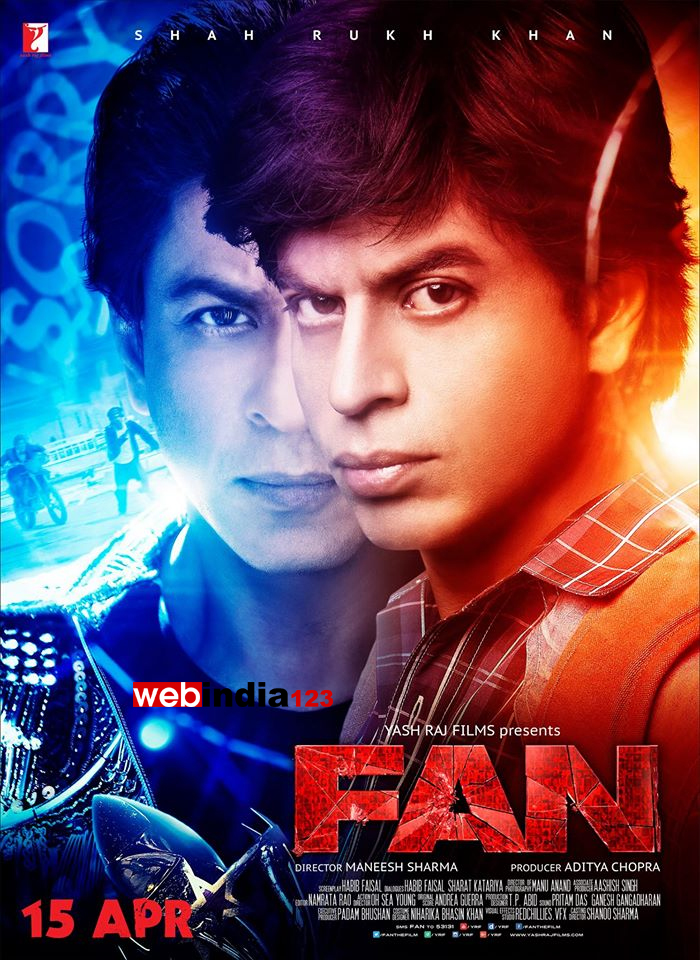 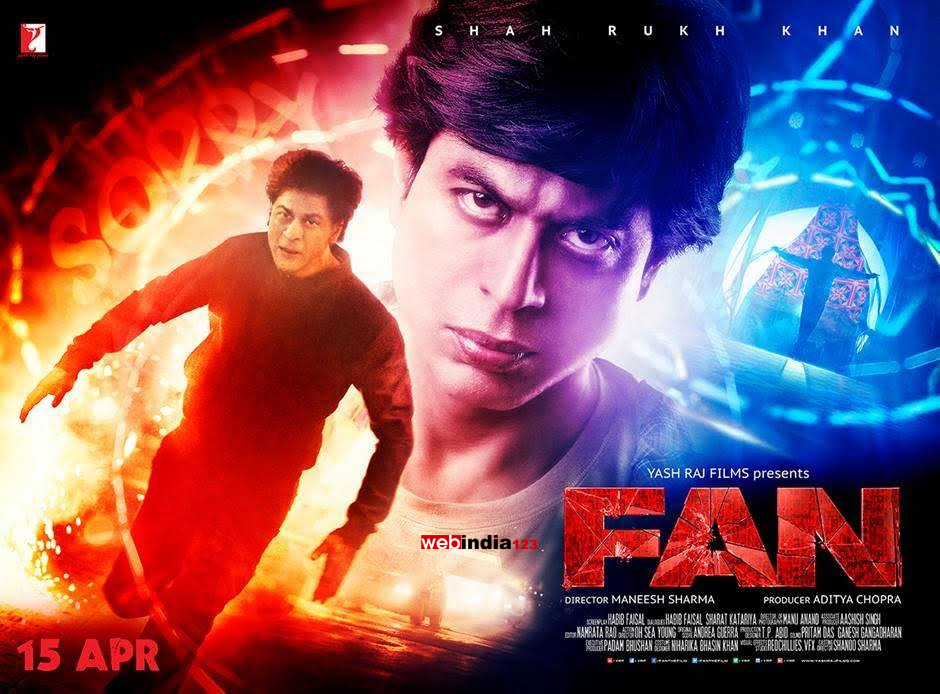 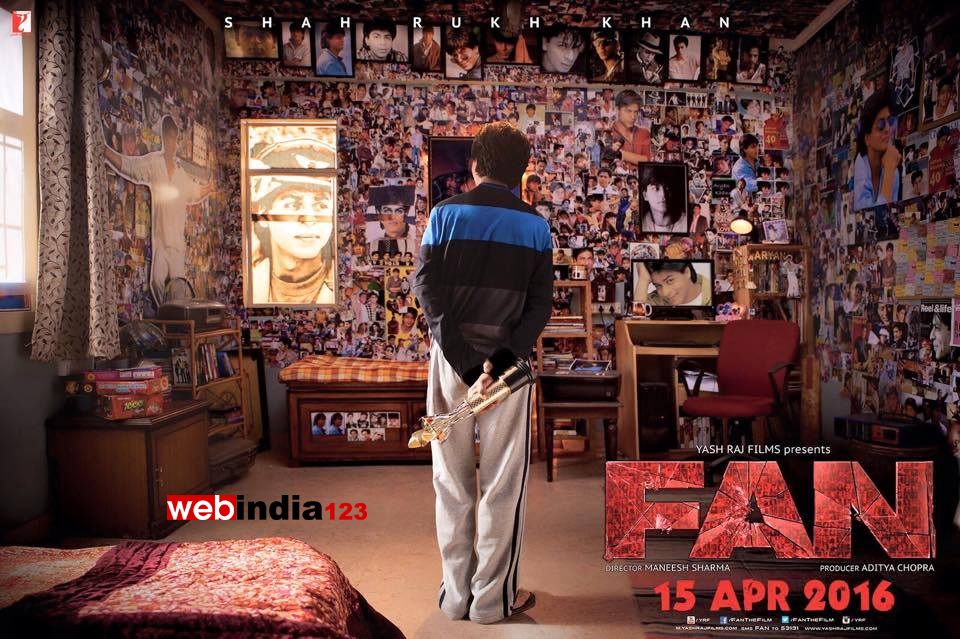