THE BOY NEXT DOOR

The Boy Next Door 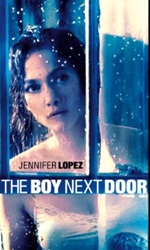 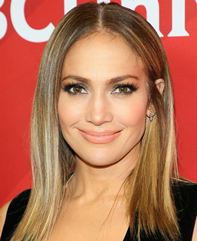 The Boy Next Door Review

There have been over a dozen films on cougar relationships, but the most done to death is the teacher-student romance. 'The Boy Next Door' is another one in the list.

The film features Jennifer Lopez as Mrs. Claire Peterson, a literature teacher at the local high school. She lives with her teenage son Kevin (Ian Nelson) and has been having marital problems of late. She is in a dilemma about divorcing her philandering husband Garrett (John Corbett).

While she is coping with her dysfunctional marriage, her son Kevin befriends Noah (Ryan Guzman), 'the boy next door' who has recently moved in. Noah, after losing his parents in an accident, has moved in the neighbourhood to take care of his ailing grand uncle (Jack Wallace).

Claire appreciates Noah's genial and ever obliging, helpful attitude towards her son and herself. She is further floored by his interest in classic literature and sparks fly when they notice each other spying.

Then one weekend when Kevin goes out for an outing with his father, on the pretext of asking for assistance in salvaging a half-thawed chicken cooking, Noah invites Claire to his kitchen. Then amidst half-hearted protests and full-on cajoling, the inevitable happens.

The narration takes a twist after Claire reveals to Noah that she made a mistake. She tries avoiding him. And you realise that there is more to just the romance bit. When Kevin offers Noah some cookies and Noah responds making a dig, 'I love your mother's cookies', His dubious intentions are clear.

Gradually, Noah's obsessions build up leading the narration into a different genre.

The problem with 'The Boy Next Door' is that it lacks the passion of a romance film and the intensity of a psychological thriller. Nevertheless, director Rob Cohen keeps the film afloat with these genre tropes.

On the performances front, the sultry Jennifer Lopez, still has the oomph factor. She plays the 'smart people do dumb things, I made a mistake' act with the apt trepidation.

On the other hand, Ruz Guzman with his well-chiselled physique, seems too grown-up to play a 20 year old. He is a misfit in the role, but he executes the emotions of the charismatic as well as sinister Noah with precision.

Ian Nelson as Kevin is charming. Kristin Chenoweth as Vicky, Claire's colleague and confidante along with John Corbett as Garrett, are functional as they play second fiddle to the narration.

Given the low budget, the production values of the film are good.

Mildly entertaining, the film is worth a one-time watch.