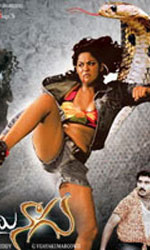 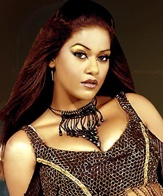 Since the 70s, there have been countless films on `queen` cobras avenging their male companions killed by cruel humans. This is yet another such venture.

A set of evil gangsters led by a character played by Nalini kill a snake for its mystical jewel.

Mumaith Khan plays both the part-human, part-snake role and that of a tattooed police officer`s sexy daughter.

From then on it is pure vendetta. The climax, on expected lines, convinces none.

Suhasini lends some decency to the proceedings, but has too minor a role.

The plump Nalini looks adequately menacing, but since the whole movie is meaningless, the effort fails to impress.

The script, dialogue and lyrics are distilled drivel.

The graphics - essential parts of every commercial potboiler, belong to the prehistoric era.