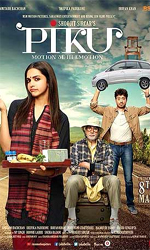 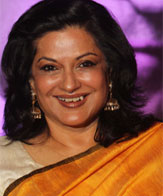 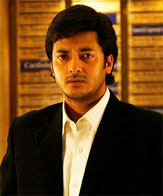 The posters and the title scream aloud, "Piku - Motion Se Hi Emotion" and true to its title, there is nothing holding it back, literally and figuratively.

Shoojit Sircar, along with his team, who earlier gave us "Yahaan", "Vicky Donor" and "Madras Cafe", this time with "Piku" delivers a gem, that can go down in the annals of Indian cinema as one of the most entertaining films of the year.

"Piku" is a slice of life that tackles the "basic" truths with candour and humour.

It portrays a dysfunctional Bengali family to the core. Based in Delhi's Chittaranjan Park, Bhaskor Banerjee (Amitabh Bachchan) is a cantankerous, hypochondriac septuagenarian, who constantly fears that he is "critical" with issues relating to his bowel movements or the lack of it. He suffers from chronic constipation and his life solely revolves around his defecation.

This leads his daughter Piku (Deepika Padukone) to sacrifice her personal life to take care of her ageing father. She is largely tolerant and indulges most of his idiosyncrasies. So much so, that she willingly agrees to a road journey from Delhi to Kolkata when he insists he wants to visit his ancestral place, to where he belongs.

The duo, accompanied by their Man Friday Boudhan and the owner of the taxi company, Rana Choudhary (Irrfan) as the driver, embark upon the journey. Throughout the journey, the film captures the fine nuances of its quirky characters through their bickering and squabbles.

Amitabh plays the senile old Bhaskor Banerjee to perfection. He captures Bhaskor's spirit with such aplomb that he is repulsive and endearing at the same time. With this role, which includes the Bengali accent et al, director Shoojit Sircar has ensured that Amitabh has pushed the envelope further. The only flaw, albeit that can be overlooked, is Mr. Bachchan's clumsy get-up. His protruding stomach and unkempt wig were a tad unwarranted. Perhaps minus those, Bhaskor Banerjee would have looked more realistic.

Deepika, too, lives her character. There is something endearing about her Piku that probably only she could portray. She is natural and convincing as the independent, but family-oriented Bengali girl, who cares deeply for her father.

Irrfan, though excellent as Rana Choudhary, getting into the skin of his character, largely plays himself. His no-nonsense and matter-of-fact attitude is an extension of his personality, but he fits the character of Rana equally well. As an actor, he holds his own against Amitabh Bachchan when he nonchalantly states, "Death aur sh*t, kabhi bhi, kissi ko bhi, kahin bhi, aa sakti hain".

The rest of the cast. too, laudably essays their roles effectively and leaves a lasting impression on the viewers. What contributes to their performance, is undoubtedly the well-etched characters.

Apart from the performances, it is Juhi Chaturvedi's writing that is brilliant. The script is taut and also verbose, but that's the way it was designed. The screenplay has the right combination of light and poignant moments. The din created by the endless chatter of the characters too, is unbelievably real. The sarcasm in the witty dialogues is intense and packed with subtle messages and humour. Naturally then, these keep you in splits.

The background score by Anupam Roy is apt and mellifluous. The songs blend seamlessly into the narration, thereby enhancing the quality of the scenes.

Visually, the film is atmospheric. The dark frames by Kamaljeet Negi capture the mood and the moments clearly, but the snappy edits of quick shots in the initial scenes and a few jerky frames are a bit jarring.

Although "Piku" keeps you in "motion" for two hours plus, it is one of the most entertaining and enjoyable rides about life's fundamental needs, which you will thoroughly enjoy! 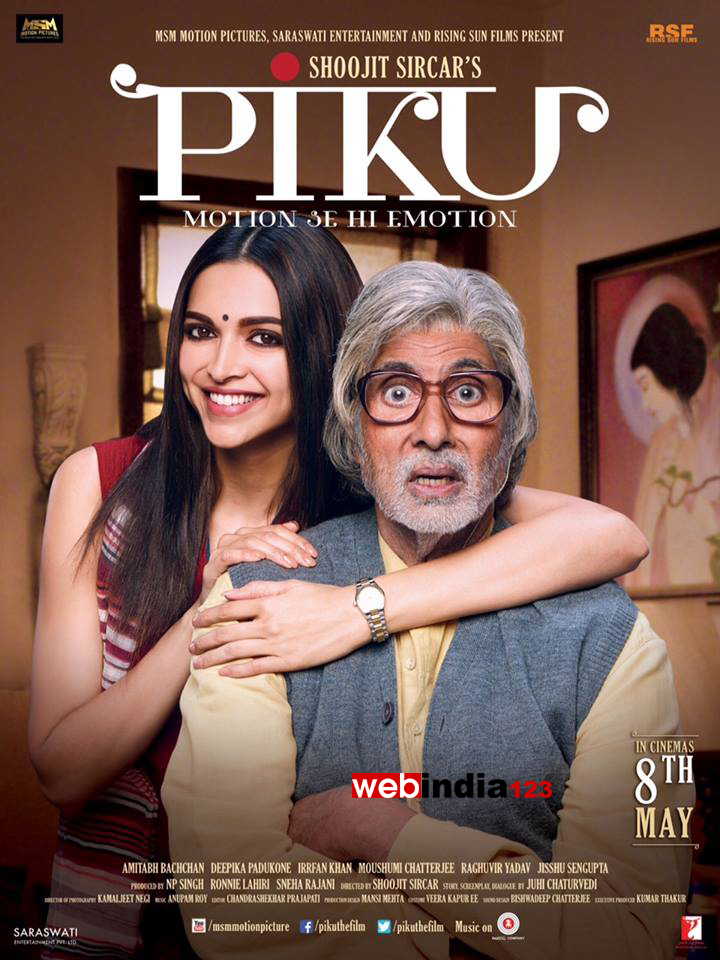 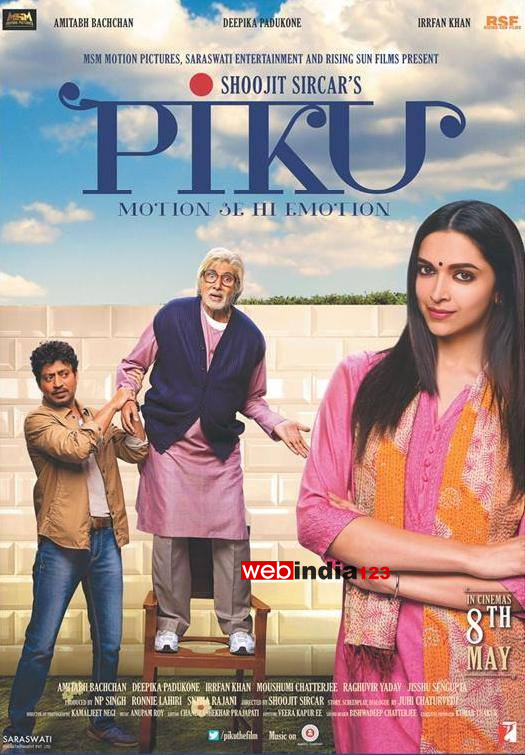 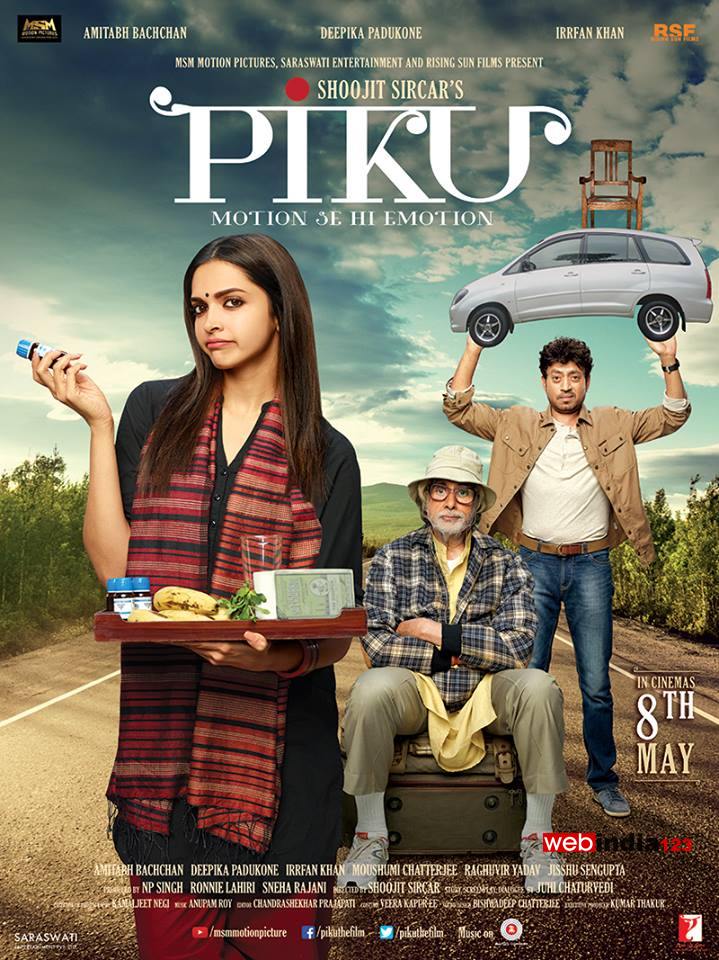 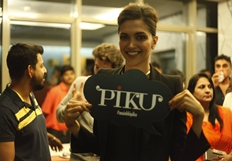