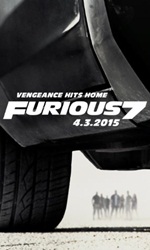 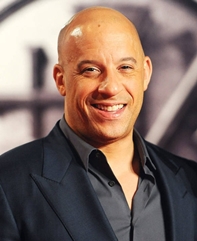 The best part of the seventh edition of the "Fast & Furious" franchise is its last 10 minutes. Apart from the action, the film encapsulates the mood and sentiments of a team and pays a glowing tribute to Paul Walker, who was killed in a car accident, albeit unrelated to the film, in November 2013.

But to reach to this final 10 minutes of the film, one has to endure a barrage of outlandish ear-deafening action sequences, sprinkled with a few comical as well as emotional moments that take place across continents.

Nevertheless, "Furious 7" is a high octane, over-the-top, adventure caper, that is frivolous in nature. It definitely caters to its fans' expectations.

The story takes off from where it left in the previous edition and from the very onset stresses on "family ties and friends".

The narration begins with Dominic Toretto (Vin Diesel) and the team. Haunted about their past, they are now trying to settle down to a sober lifestyle. But Deckard Shaw (Statham), who had lost his brother, is hell bent on avenging his brother's death.

After numerous attempts to curb Shaw, Dominic and his team approach FBI Agent Luke Hobbs (Dwayne Johnson). He is unfortunately holed up in a hospital with a bandaged arm and his daughter to monitor him.

Hobbs advises Dominic to seek the help of a secret CIA operative (Kurt Russell), who introduces himself as "Mr. Nobody". The CIA agent agrees to oblige them, only if Dominic's team would secure a sharp tracking device for the US government.

On the other hand, a group of mercenaries led by Jakande (Djimon Honsou), are also attempting to lay their hands on the tracking device.

Director James Wan, who had earlier given us a few horror movies like the "Saw" and "The Conjuring" series, has very resolutely delivered this action-packed film, keeping in tune with its pedigree.

Unfortunately, what makes the narration tedious, is the talk-heavy exposition and continuous loud action scenes, from start to finish. They numb your senses forcing you to even snatch forty winks. But when you are wide awake, you can relish some preposterous action sequences shot at post-card locales along with unusual stunts which include fisticuffs and street-style fighting. Some of these are nail-bitingly edgy.

The dialogues are crisp and tempered with the characteristic one-liners that have been often seen in the series. These are especially evident, during moments of one-upmanship, when the cast keeps ribbing their opponents, "too slow". These serve as a reminder of what the film is about.

On the performance front, there is nothing exceptional to talk about. Emoting has never been a strong point of these action heroes. They deliver strong lines stoically and the ladies too are no better.

Visually too, alternating between shots of foot on the accelerator and the speedometer, the adrenaline rush of the speed thrills, is effectively created by the sound design and quick edits.

The songs with the lyrics, "Oh oh my, I couldn't believe in my eyea" and the one at the very end, "We have come a long way about you, my friends" as background score is touching.

Overall, this film will only appeal to fans of the series.