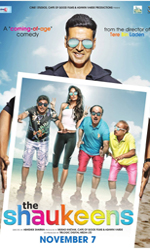 'The Shaukeens' - Basu Chatterjee would smile at it (Movie Review By Subhash K. Jha, Rating - ****)

Who says remakes can never be as good as the originals? Abhishek Sharma’s new-age rendering of Basu Chatterjee’s "Shaukeen" is a smartened-up avatar of the original. It’s the smartphone of the current generation as compared with landline version of the comedy that Chatterjee made over 30 years ago.

Thanks to Tigmanshu Dhulia and Sai Kabir’s writing, the characters are spunkier and more rounded even when they appear to be as curvaceous as Haydon.

In principle, "The Shaukeens" hijacks only the basic idea of the original film. Three 60-plus men get lustfully attracted to a PYT (pretty young thing). Incidentally, the PYT from Basu-da’s film has now metamorphosed into a sad boring housewife in "The Shaukeens". A tragic bit of self-reference that makes no sense.

But we are digressing. The three over-the-hill lechers in "The Shaukeens", played with dignified horniness by Anupam Kher, Annu Kapoor and Piyush Mishra, are as dangerous as a child with a toy gun. A tone of ironical self-mocking bravado runs throughout the two-hour comic celebration of the wrinkled libido.

Not that Dhulia’s writing and Sharma’s astutely tongue-in-cheek direction spare the childlike-oldies the rod. There are some scenes of embarrassing humiliation meted out to the prowling trio -- for instance, the one where a girl on a deserted Delhi road reacts violently to their leching.

More power to the actors’s sporting spirit.All three actors, seen in a collective huddle of jaded horniness, give off their best performances portraying their sexually famished characters with a mix of childlike guilelessness and over-ripened curiosity.

I specially loved Piyush Mishra’s home life. A bland manufacturer of a masala brand, his two sons are shown to come forward one at time each evening, the first to offer him his meal and the other a choice between a blue and white pyjama.

These are lives awaiting excitement. Mauritius and Lisa Haydon provide that much-needed break from ennui in the three elderly thrill-seekers’ lives. Haydon, full of trivialised existential problems about the number of ‘likes’ on Facebook and other puerile prattle, plays her unselfconscious hottie’s role with the required amount of innocence and sauciness. She serves as an able foil to the three old men’s heightened horniness.

Rather than indulge the lechers, the narrative mocks them without letting them know. That’s the film’s primary victory. But the main-stay of "The Shaukeens" and the reason why this film must be seen is Akshay Kumar. Playing an alcoholic bored and cranky version of himself, Akshay quite simply takes over the show, bringing into play the kind of self-deprecatory humour that we have not seen any Bollywood superstar indulge in.

There are scenes showing Akshay Kumar the star, targeting himself as a non-actor, surrounded by yes-men and minions who smirk and cheat behind his back. Look out for Cyrus Broacha as the star secretary, Mohan Joshi as the star-director and Kavin Dave as an on-location fixer. This could have been a tragic saga of a superstar’s isolation from reality. Instead, Akshay turns the whole stardom game into an inhouse joke.

This is Akshay’s best performance in recent years. He adds considerably to the film’s comic quotient. As do the three veteran actors with performances that go beyond the bawdy.

"The Shaukeens" is a rib-tickling rumbustious sleaze-less comedy that Basu Chatterjee is likely to smile at. It’s bound to make you laugh out loud. 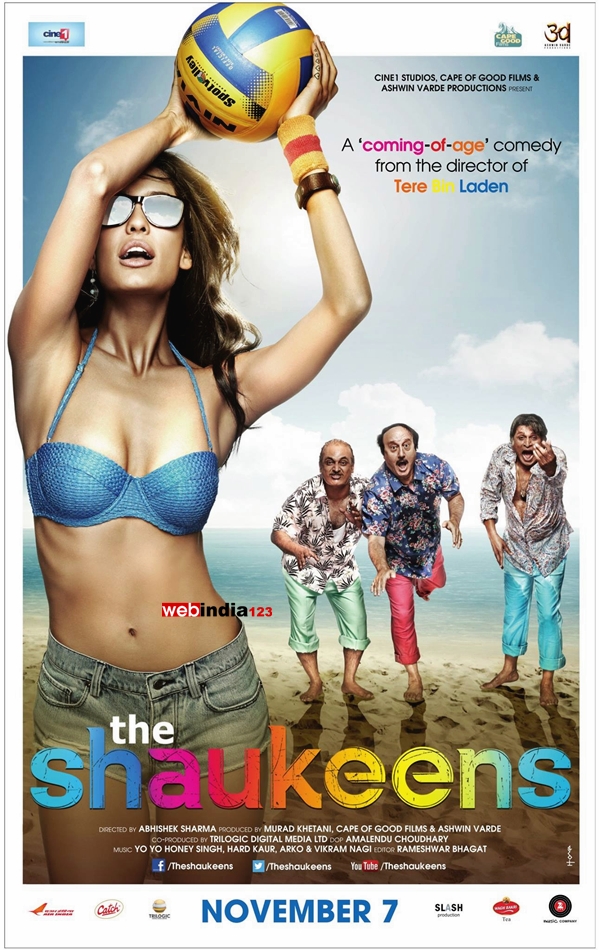 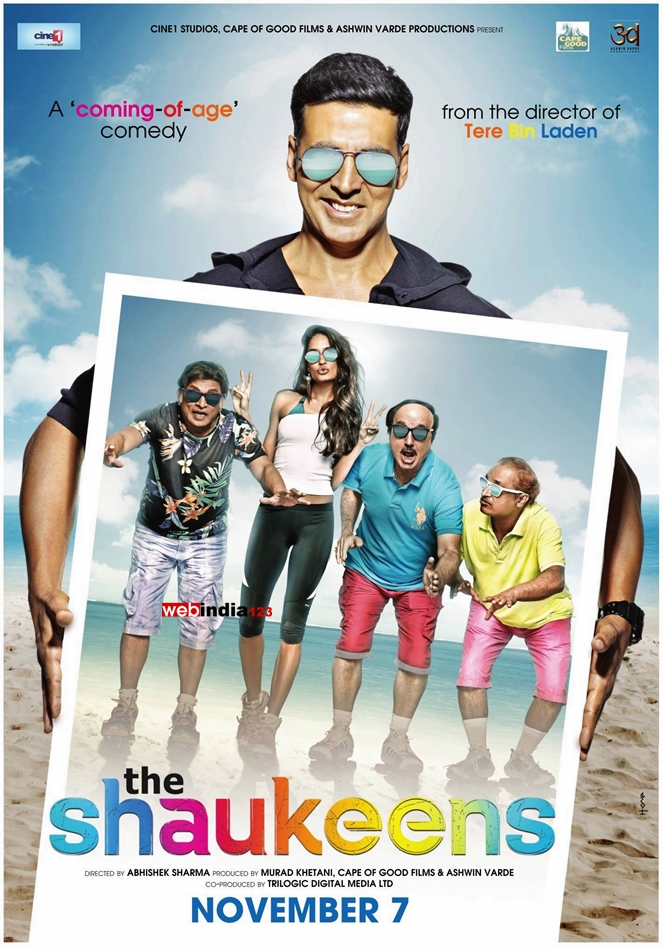