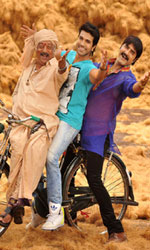 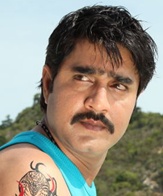 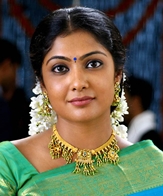 
The problem with Telugu cinema's most family stories is that they stick to an age-old story template that has been done to death. Krishna Vamsi's much anticipated "Govindudu Andarivadele" is no different than films such as "Brindavanam", "Attarintiki Daaredhi" and a few more in the same genre. All these films are and have always been about an individual or character trying to mend a strained relationship between members of the same family.

An old-fashioned family story told with a few endearing moments doesn't make an interesting watch anymore. Maybe audiences warmed up to such stories a decade ago, but they've evolved now thanks to their exposure to world cinema.

Family stories need not always have to unfold in a bungalow (which always looks freshly painted), feature dozens of family members and celebrate every festival like it's a big deal. Family stories could also unfold in a smaller house with just a few characters.

"Udaan" for instance, is a great example of a family drama where the father-son relationship almost moves us to tears. Filmmaker Asgar Farhadi's "The Past" is another great example of a heartbreaking family story in which a husband has to come to terms with his wife days before they're officially separated.

Krishna Vamsi borrows the family setup in "Govindudu Andarivadele" from his own films such as "Ninne Pelladatha" and "Murari". There's an elderly character, a grandfather, a strict patriarch who likes and expects his family to live by his terms. There are a lot of women, children and men who merely appear on screen because the director's definition of a family is a house filled with at least 30 to 40 members.

"Govindudu Andarivadele" displays Telugu filmmakers' reluctance to dig deep within a genre. There's enough material readily available from our own lives for an engaging family tale, but rarely do we come across anything realistic.

It's also disappointing to see how similar this film is to Pawan Kalyan's "Attarintiki Daaredhi". If Pawan Kalyan comes to reunite his aunt with her father in the latter, Ram Charan comes to mend a strained relationship between his father and grandfather in this film. What's surprising is that both the actors are from the same family and yet have chosen to work in films that are so alike.

The silver lining in "Govindudu Andarivadele", which is otherwise boring, is Prakash Raj's sincere performance. Any other actor would've comfortably slipped into the shoes of Ram Charan's character, but it would be extremely difficult to find a replacement for Prakash in this role.

Jayasudha plays her part to the hilt and proves once again she and Prakash make a great on screen pair (after films such as "Bommarillu" and "Seethamma Vakitlo Sirimalle Chettu").

Kajal Agarwal is exploited in a role that will make you feel sorry for her. She gets harassed by Ram Charan throughout the film, which, ironically is promoted as a family entertainer.

Kamalinee Mukherjee, a highly talented actress, is wasted in another lazily developed role. Rao Ramesh and Aadarsh shine as villains, but they hardly have any notable contribution to make.

Ram Charan-starrer "Govindudu Andarivadele", which opened to mixed reviews from critics, managed to register a good opening at the box office in the country. According to trade experts, the long holiday weekend will help it become a hit.Read More

Actress Kamalinee Mukherjee says working in the forthcoming Telugu family drama "Govindudu Andarivadele" was like being part of an extended family because she spent over eight months with the film's crew.Read More 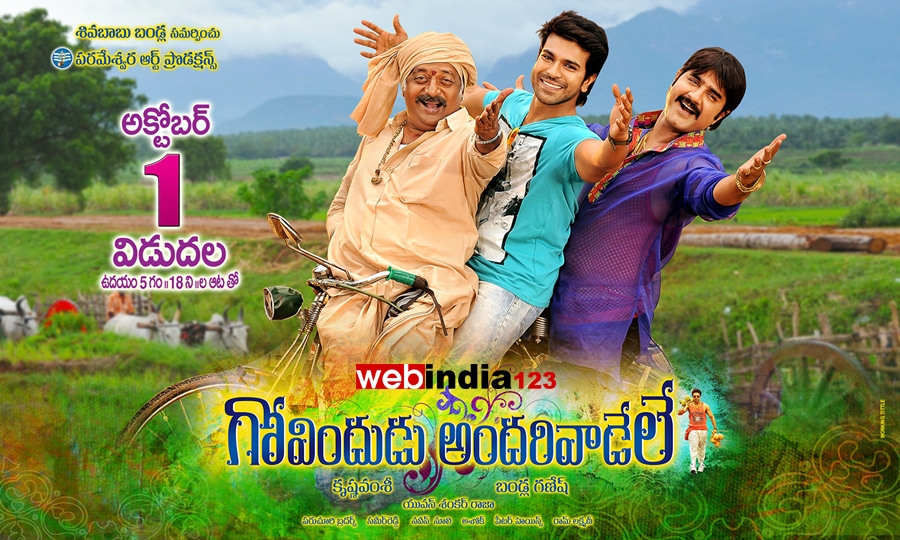 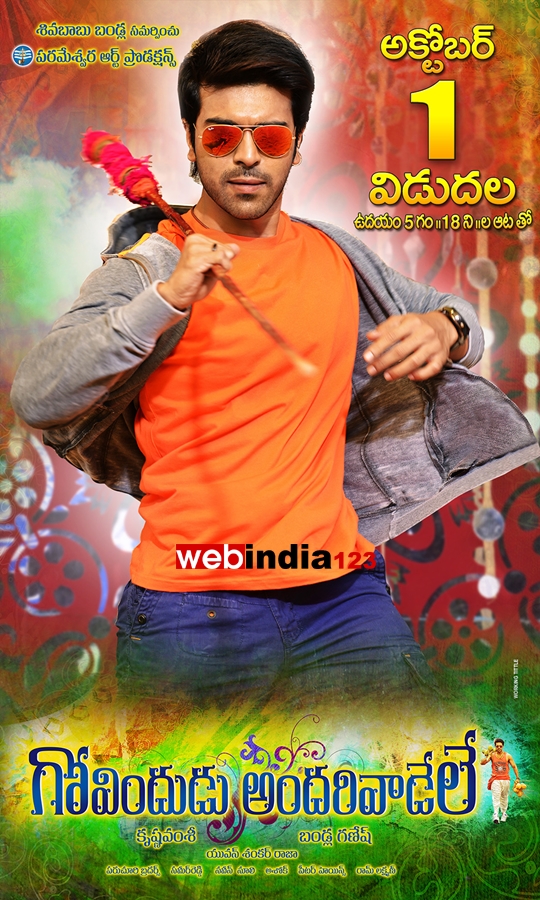 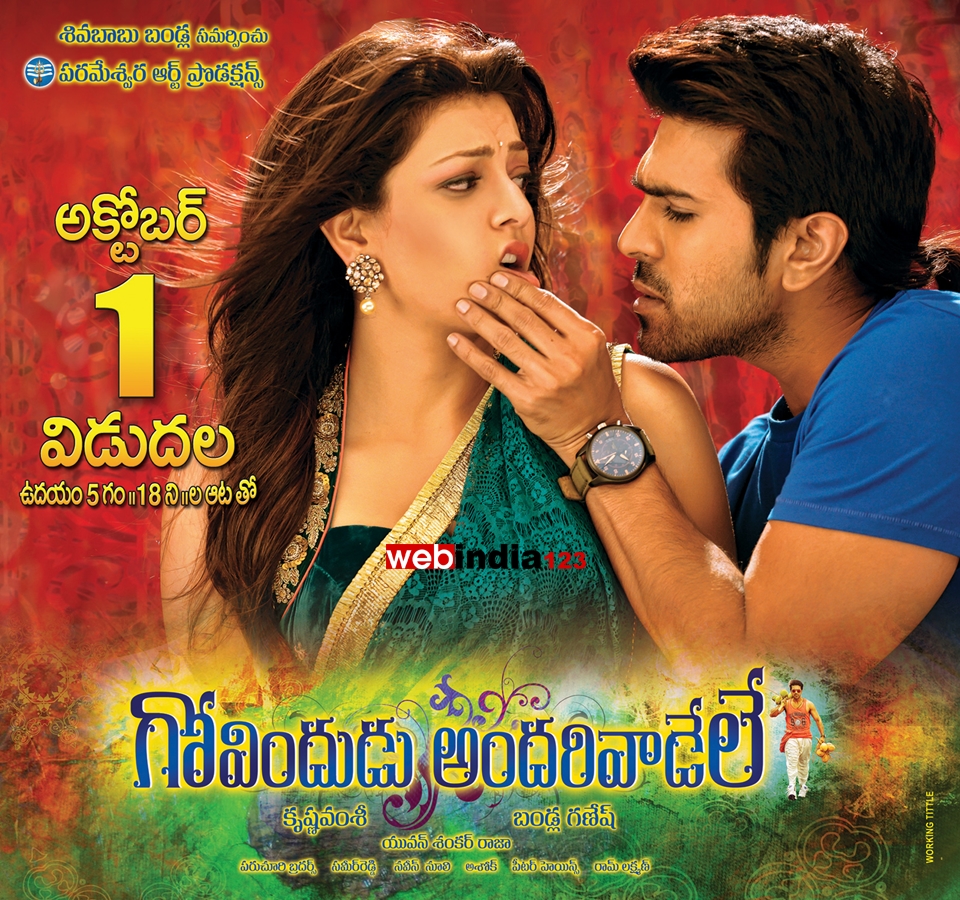 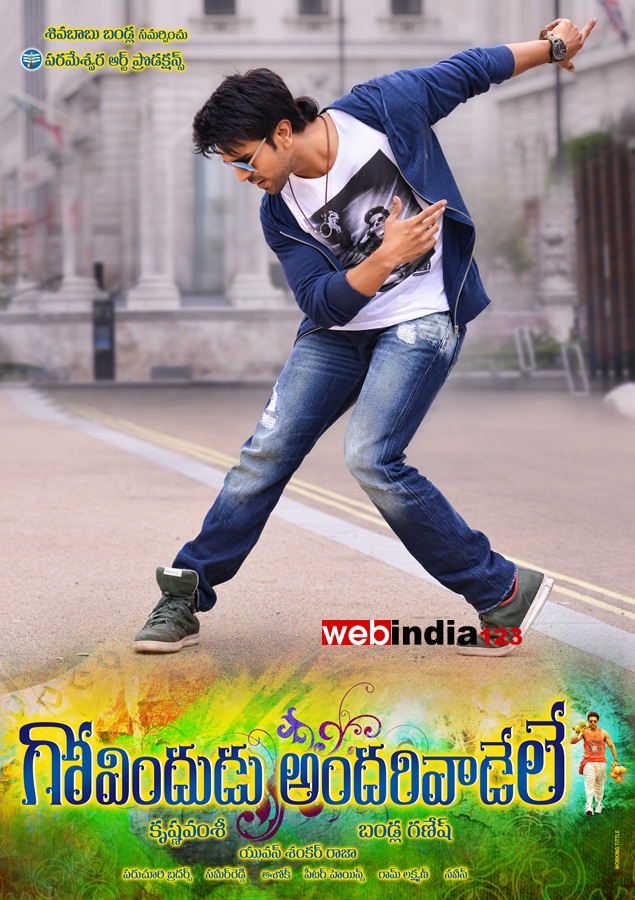