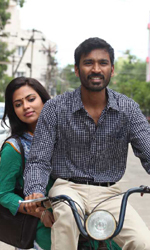 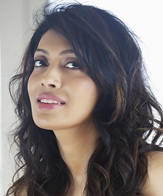 
In one of the scenes in Dhanush's "Vella Illa Pattathari" (VIP), his 25th film, he lets a large group of henchmen beat him to pulp because his mother once tied a red thread on his hand and as long he has it on him, he's not supposed to get into a fight with anyone.

In the next scene, Dhanush slaps the villain with the red thread intact and says his mother would've done the same had she been alive, the reason being several of Dhanush's co-workers get severely injured in the previous fight. Which mother won't be proud of her son when he stands up for others? And the fight to save others is always for the greater good, at least according to Indian commercial cinema!

Such scenes in our films usually get a rousing response from audiences and VIP was no exception. Dhanush as the unemployed graduate becomes the face and voice of engineering students of Tamil Nadu. The film is dedicated to them, we learn, from a slide in the credits.

The film gets an even bigger rousing response. In another scene, Dhanush delivers a sermon about the difficulty with which Indian middle class students finish their engineering course and still remain jobless. The rousing response gets even bigger.

While VIP fortifies Dhanush's heroism in a tailor-made role which he comfortably pulls off, it also achieves so many things right as a commercial film and that's what works in its favour. Firstly, it smartly caters to a target audience, college-goers and young graduates (both employed and unemployed). Usually, commercial cinema is said to be made for the masses, but not all films are suitable for them. Next, it raises pertinent questions about the fate (with humour) of jobless graduates in society. And finally, it aces in delivering wholesome entertainment.

Dhanush returns strongly to the commercial zone with VIP, moving away from his experimental mode after films such as "Raanjhanaa" and "Maryan". He plays a character most commonly found in Indian households. He plays the son, who's sent to corporation school because his father couldn't afford it (but later could for the second son), is asked to do household chores because he's jobless (because the second son is in a high paying job), and is forced to settle for a job he's least interested in.

He dances to peppy numbers, delivers punch lines, sports a six-pack in a fight sequence and lights cigarettes in slow motion (reminding us of his father-in-law Rajinikanth).

On the flipside, VIP too has its share of cliches, like how one incident inspires an irresponsible hero to take control of his life, but you overlook all of it because we've got used to such references in our films.

Even with a predictable second half, the film features debutant Velraj showing some intelligence when he uses social media as a solution for a problem in the film. It weaves a heartwarming mother-son relationship and doesn't use the second heroine for a romantic track.

Anirudh's music is an added bonus for the film, especially the title track. Dhanush proves he's multi-talented by writing and singing most of the songs, giving the film a personal touch. Saranya Ponvannan is a show-stealer and scenes between her and Dhanush are a laugh riot. Humour too, is handled subtly, relies mostly on dialogues and there are no separate tracks running for the comedians.

From a reluctant actor to a multi-faceted artist, Dhanush has come a long way in his 17-year-old career. Basking in the success of his latest Tamil release "VIP 2", he says he would like to spread positivity, love and hope through his movies.Read More

Learning so much from Dhanush: Soundarya Rajinikanth

Filmmaker Soundarya Rajinikanth, who has teamed up with actor Dhanush in upcoming Tamil action-comedy "VIP 2", says she has learnt a lot from her brother-in-law. Read More 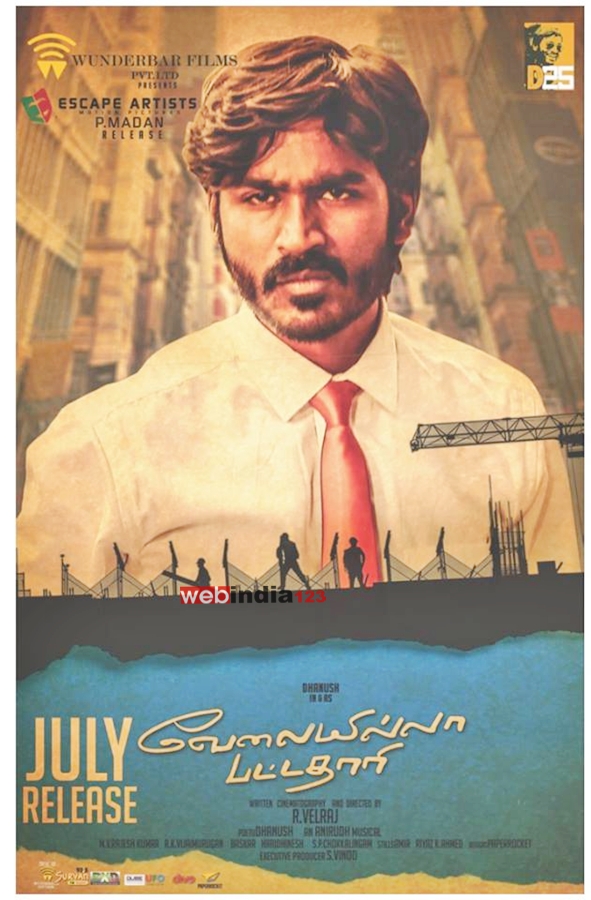 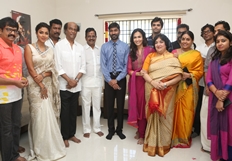 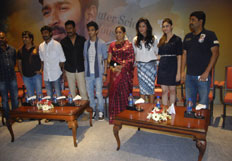