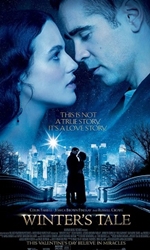 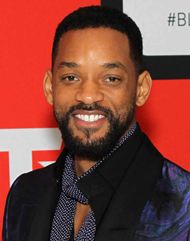 An ideal Valentine`s Day release, `Winter`s Tale` is a surreal fantasy romance about doomed love. The epic hobbles on magical realism that includes flying horses, an abandoned infant, an enchanted lover and mysterious locales on a frozen river bank.

It`s a tale of a professional thief who challenges destiny poetically with, `I am a thief, can`t I steal just one life`, when he learns that the girl he loves would soon die.

`Winter`s Tale` is absolute pulp fiction which starts off with a voiceover that questions - `What of, once upon a time there were no stars at all?` This is followed by a few more leading questions that begins with `What if`. And the voiceover further reveals - `We are all connected. Magic is all around us. We have to only look and that there`s a pattern to it all.`

As the link and a connection to the narration gets ready to be dotted, the film starts off on a very choppy keel with intercuts of sequences from 1895 to 2014.

The first scene shows New York of 2014 and a disheveled man entering Grand Central Station looking out for some sort of clues. The film then intercuts to 1895, where two Russian immigrants are deported from Ellis Island because of the husband`s respiratory ailments. Determined to make a better life for their son, they put the child in a model ship and send him towards the shore. Simultaneously, the story jumps forward to present day, revealing a brass plate with, `City of Justice` engraved on it.

As the man clutches on to the brass plate, the narration jumps to 1916, where that baby has grown up to become Peter Lake (Collin Farrell). He is running away from his mentor and one of the most fearsome gangsters in New York, Pearly Soames (Russell Crowe) and his henchmen. Pearly Soames is actually a demon incarnation in service of Lucifer (Will Smith).

Lake escapes from his clutches by hopping onto a white horse that can fly and soon lands up at a wealthy publisher Isaac Penn`s (William Hurt) house to rob, but unexpectedly encounters Penn`s eighteen-year-old daughter Beverly (Jessica Brown Findlay) and falls in love with her.

On the performance front, Farrell`s belief and striking scene presence gives `Winter`s Tale` a pulse. He is in every frame and he convincingly portrays Peter Lake. The chemistry between Farrell and Findlay is intense, as well as enigmatic.

Eva Marie Saint as the centenarian publisher and younger sister of Beverly is charming. Like Lake`s exuberant and youthful features nearly hundred years later, her age too in the film`s universe defies logic.

Russell Crowe seems to be influenced by Bollywood. His reactions, struts as well as chin tucks often remind you of Salman Khan.

There`s more to the narration than fiction or romance. There is also a long metaphysical deliberation on the nature of justice, as well as a love song to New York City, winters, and love itself. All this might not make sense to the logical mind. And the end is perhaps ambiguous.

Great care has been taken to create the settings by production designer Naomi Shohan and visual effects supervisor Richard Hollander. Also the variation in the costumes by Michael Kaplan is well reflected dictated by the eras.

There are ample computer generated images that superbly merge with Caleb Deschanel`s cinematography. He beautifully captures winter in all its glory with soft lighting and focused lenses. His images are truly celestial and sheer poetry.

This film is Akiva Goldsman`s directorial debut. But coming from the man who penned the Oscar winning `A Beautiful Mind`, this film is a big disappointment as the basic flaw lies in the script.

Nevertheless, if you leave logic aside, `Winter`s Tale` is a visual delight that merits viewing.