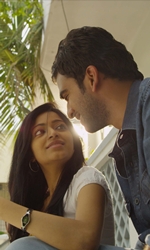 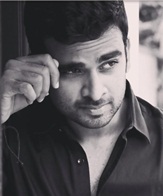 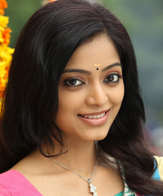 According to a line from `Thegidi`, “the core concentration of a detective's job is shadowing and surveillance”.

It's after you hear this line and understand what it means completely, you realize how brilliantly the entire story of the film is built on this single line. With films like `Pizza` and `Soodhu Kavvum` proving to be successful with wacky content and offbeat presentation, `Thegidi` conveniently falls in that list of films that manage to push the envelope effortlessly.

Having successfully completed Master of Arts in Criminology, Vetri (Ashok) takes up a job with a detective agency. On his first assignment, he is asked to gather information about three subjects. He does so by closely watching his subjects without blowing his cover and gathers vital information.

As his fourth subject, he's asked to follow Madhu (Janani), but in the process he falls in love with her and even gets close to her by concealing his true identity.

Meanwhile, each of Vetri's three subjects dies mysteriously. He comes to the conclusion that Madhu might be also on the list. Vetri should protect Madhu, but at the same time, he has find out what lead to the death of his three subjects.

The first thing to like about the film is its short running time of 122 minutes. When most star-studded films take about nearly three hours to narrate a done to death story, `Thegidi`, with a not so popular lead cast, succeeds in keeping us hooked to our seats.

But with a slow build up to the climax, even with a shorter running time, it does make you little impatient every now and then.

Ideally you expect a thriller to race at the speed of a stallion, but this film maintains a low profile and builds up tension gradually. This should not be mistaken as lousy filmmaking because director Ramesh does it on purpose. He expects his audience to be vigilant and step into the shoes of Vetri to observe the tiniest detail with attention.

By having a slow narrative, he gives us the opportunity to see everything that Vetri could miss. In essence, he makes us the eyes and ears of Vetri.

All the recent thrillers in Tamil like `Pizza`, `Pizza 2` seem to have an unconventional end, hinting at a possible sequel in the offing. Likewise, `Thegidi` too packs in a twist in the tale that will totally catch you off guard and it is at that moment that you root for the film even more.

While Ashok Selvan does a neat job of playing a detective with a nosy attitude, the film, I feel, needed a stronger lead. It needed someone who could express a gamut of emotions such as fear, curiosity, and love so on flawlessly.

Ashok struggled in expressing the required emotions in some important scenes. Janani did well in a role with minimum scope for performance. Jayaprakash as usual impressed in a cameo and proves why he's one of the finest character actors in the industry.

If `Thegidi` turns out to be a hit, debutant music composer Nivas Prasanna deserves huge credit for the success. He carries the tension of the film right till the end with his background score and songs that are placed in the narrative at right junctures.

With its share of ups and downs, `Thegidi` is a taut film executed in style.