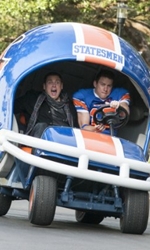 It offers nothing exceptional to the television series or its predecessor, apart from being a raucous, raunchy comedy, laced with gay innuendoes between its lead pair Jonah Hill and Channing Tatum. The film practically has a similar case as in the earlier film and they enact it in the same fashion too.

After a failed mission, the duo, Schmidt (Hill) and Jenko (Tatum) are once again summoned to the Deputy Chief Hardy's office, who after gingerly taking potshots at the prequel, demotes the duo to join the Jump Street squad.

Once again under the charge of Captain Dickson, the duo, this time round, instead of infiltrating a high school, go to a college to find the drug dealer who is supplying 'Why-Phy', a potentially potent drug that caused the mysterious death of Cynthia, one of the students of the college.

This time they go undercover as siblings and room-mates Doug and Brad McQua id. Here these misfits end up getting more engaged in being accepted by their classmates than in following the case. Hill is attracted to an Arts course-mate Maya (Amber Stevens), while Tatum has a bromance with football star Zook (Wyatt Russell).

The stars are likeable, doing what we've seen them do before. Tatum with his boyish charm and Hill as his clingy colleague, work well together creating great chemistry on the screen. The film does convey an infectious sense of lunacy, especially through Hill's performance.

Ice Cube as Captain Dickson keeps you in splits with his reaction, especially when he realises that Hill's character is dating his daughter.

Of the new inclusions, it is twins Keith and Kenny Lucas as the fast-talking identical Afro-Chinese twins and deadpan Jillian Bell, as Mercedes, Maya's hostile roommate, steal the show.

Wyatt Russell, Kurt and Goldie Hawn's son is charming but wasted in the film.

Director Phil Lord and Christopher Miller's script once again balances a knowing subversion of the formula of the 1980's action comedies with living up to all the rules of the same genre.

The treatment of the script is similar to that of a television episode where the tempo of the narration is broken with mundane and non-related issues. The humour with sexual and racist overtones is staid and oft-witnessed. Nevertheless it works to a certain extent.

But what is most amusing is the end-credits montage, which had lined up a great number of ridiculous ideas to continue this franchise, reminding you of the low budget British Comedy "Carry On" series produced b etween 1958 and 1992.

With the cuss words bleeped out by the censors in India, it's a killjoy to watch the film as the overall viewing experience is marred. In spite of this, it is worth watching this no-brainer, on a wet lazy afternoon.

After making their way through high school (twice), big changes are in store for officers Schmidt (Jonah Hill) and Jenko (Channing Tatum) when they go deep undercover at a local college. But when Jenko meets a kindred spirit on the football team, and Schmidt infiltrates the bohemian art major scene, they begin to question their partnership. Now they don't have to just crack the case - they have to figure out if they can have a mature relationship. If these two overgrown adolescents can grow from freshmen into real men, college might be the best thing that ever happened to them. 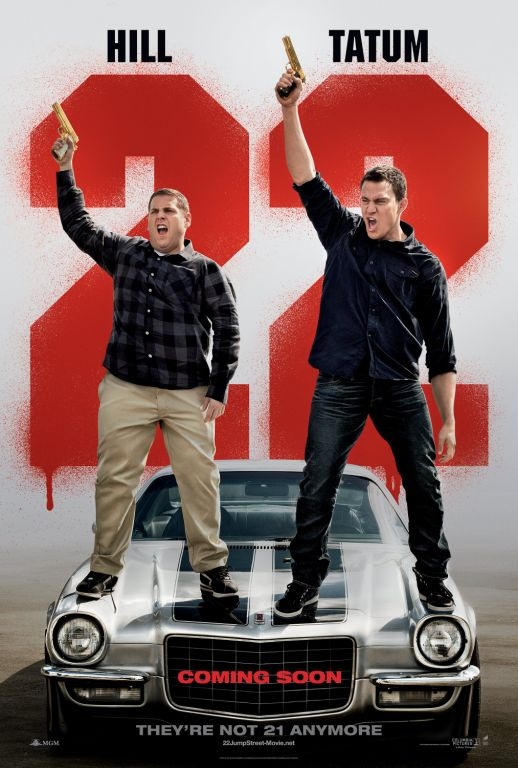