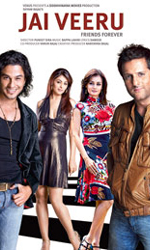 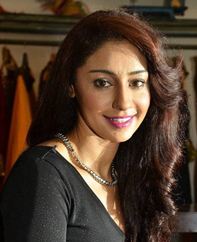 "Jai Veeru" is just not cinema at its most appalling low, it is worse than that. It tries to be smart and sassy without possessing the basic writing and speaking material to make its two heroes - Fardeen Khan and Kunal Khemu - look heroic.

One remembers Kunal best as the hot-blooded illegitimate son of a film personality in Mahesh Bhatt`s "Zakhm" who fights a lonely battle on his mother`s behalf.

In the film Kunal grew up to be Ajay Devgan. In real life he grew up to be a promising wannabe superstar in Rohit Jugraj`s "Superstar". Then Kunal apparently lost his way.

The young actor and his co-star Fardeen end up looking like a couple of morons on the prowl in "Jai-Veeru". They play guys who have nothing better to do than ogle at idle, rich girls and eye other people`s money and property.

One steals cars and woos Anjana Sukhani on the Goan beaches. The other fires guns, gets hit and lands up in hospital with Dia Mirza playing nurse.

While the characters find their bearings you wonder what the scriptwriter and the director have been doing. Probably checking out the latest DVDs of Hollywood films to incorporate chase sequences and fights into the two-hour "Jai Veeru".

Why did they bother? You ask yourself after the first hour. By then three-four of Bappa Lahiri`s item songs have swished by in rapid-fire succession.

Bappa is no patch on papa Bappi. His music says nothing to us. But we can`t blame the poor wannabe composer. His songs are part of a film that`s so wannabe it makes the week`s other releases look like major classics in comparison.

It would be foolhardy to even comment on any of the performances.