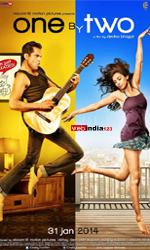 One By Two Review


It takes a while to figure out why this deliciously yummy concoction about urban aspirations is called "One By Two". And it would be a crime more criminal than character assassination to tell you why the two main characters in the film never meet till the closing moments.

This is a film that wears its heart on its sleeve. And it doesn't roll up that sleeve when the narrative is endangered by uncomfortable twists of circumstances. Devika Bhagat loves her protagonists Samara and Amit, quirks, excesses, flatulence and all.

The urban fable constructs Samara and Amit's dreams as a spiral of frustrations. We really don't expect these two people to come out triumphant at the end. And really, they don't. What they do is to connect themselves as very believable young people with dreams that seem to be picked out from the streets rather than manufactured on a cinematic stage.

One of them likes to pound the guitar. The other one loves to dance. She is on that crazy journey through the dance-reality show, the kind that Anushka Sharma embraced in Aditya Chopra's "Rab Ne Bana Di Jodi" to fob off a housewife's boredom.

The dysfunctional girl Samara(effectively played by Preeti Desai)has serious dreams that seem driven more by her alcoholic mother's frustrations. Indeed some of the film's most effective dialogues and drama emerges in the mother and daughter scenes....Quite understandable when the mother is played by the ever-dependable Lilette Dubey.

There are some very interesting incidental characters lining up to lend a sense of optimism to the central dilemma of two characters who never seem to get their fundas right. Among the peripheral characters Abhay's two clingy office colleagues make an interesting study in work-place behaviour. Just why these two back-benchers end up necking in Abhay's bedroom is a mystery no one , not even the film's writer, can unravel.

I specially liked the spirited sassy girl (played by Yashika Dhillon) who plays the brassy bahenji chosen as a Bahu by Abhay's over-zealous parents(Rati Agnihotri and Jayant Kripalani, making a cute if cliched 'careless' couple).

Besides the fact that the real-life Abhay-Preeti pair never meet till the end,the remarkable thing about "One By Two" is that it weaves interesting episodes into inherently routine lives making their anonymous existence seem far more special than it actually is. That's the magic created by the skilled writing, convincing characterization and of course credible performances.

While Preeti as the day-time dreamer tripping over her dance shoes to get to the finishing lines, gets a tailor-made role(including a scene justifying her poor command over the Hindi language), it is Abhay who holds the yawning stretches of this urban tale where the human aspirations don't listen to the alarm clock.

Abhay clocks up a very assured working-class hero's character. He is bitter but not broken. Bewildered by the vagaries of life, but never unamused by the irony of it all. He is everyman, and yet special in his ordinariness.

As for the film , the quirky mood is never too far off from the smooth surface. Pushing its way out of the film's inner-world the characters' insistent clamorous self-projections become more amusing than tragic when weighed against the sheer commonness of their dreams.

There is a warm lived-in feeling to Bhagat's directorial debut. It may not win your heart as unconditionally as Farhan Akhtar's directorial debut "Dil Chahta Hai". But there's a winsome, bubbly bouncy and ebullient quality to this take on urban aspirations.

Irresistible in parts, "One By Two" never disappoints.

One By Two Poster 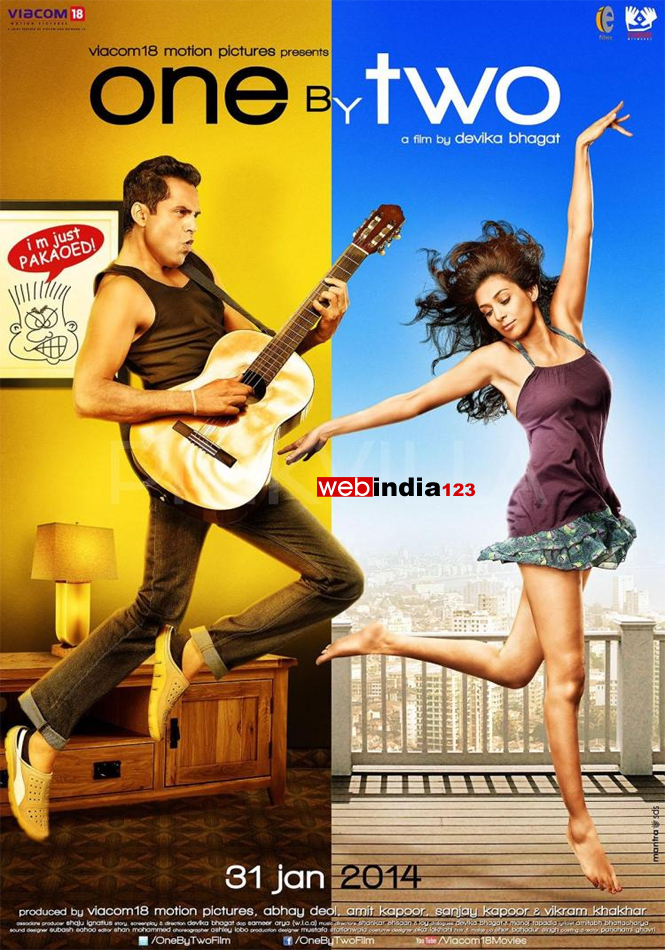 One By Two trailer

One By Two Songs

One By Two MOVIE EVENTS 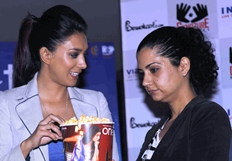 Launch of One by Two merchandise 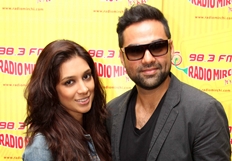 Abhay, Preeti promote ONE BY TWO 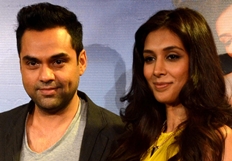