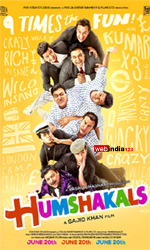 Tammanah Bhatia makes so many faces in every frame you wonder if she's auditioning for a film against cocaine addiction while pretending to be in a comedy about three sets of identical characters wackily whopping it up.

Bipasha Basu who plays one of the female misleads.... sorry, leads, in the comedy of ghastly errors, has gone on record to say she was extremely disturbed by the end-result of this film.

So, to be honest, are we. And the end that Bipasha talks about seems to take forever to reach as we watch three grown-up ostensibly evolved actors lapse into a collective state of incurable retardation.

"Humshakals" seem to be designed for the mentally challenged. Even they would cringe at the way the two protagonists Ashok and Kumar (Ashok Kumar, gedddit?) are depicted. Moronic and misconceived, the duo seems to revel in crass mediocrity. As inmates in a mental asylum in London(no less), Saif Ali Khan and Riteish Deshmukh raise the ante for lunacy to a point where sanity begins to seem like a state of mind invented to make us believe there is a world, a relatively sane one, outside what comic filmmakers in Bollywood consider to be funny.

To be fair, Sajid Khan's new brainwave replete with triple roles for its three male leads plus a drag act each in the second half which is genuinely funny, is as obnoxious in treatment as the slapstick comedies Aof Rohit Shetty or Anees Bazmi.

I suspect the actors must have had a whale of a time shooting the scenes. And Sajid Khan must have enjoyed writing the comedy of mistaken identity specially when the look-alikes keep multiplying as the plot progresses.But the growth is unstructured. It's like supplementary food being air-dropped to famine victims. The basic food items are missing. What do you do with add-ons?

The comedy, ha ha, moves with the screechy stealth of a choir boys singing Yo Yo Honey Singh's numbers when the head priest is on a vacation. Every member of the cast and crew seems to be in a vacation mood. Many of the gags stretch themselves out languorously as though the director commanded the camera to roll and then went off to sleep.

Saif and Riteish vacillate between being spoofy and spiffy with some help from Ram Kapoor who gets to play two characters, one of them suffering from what the medical experts on board for this specialized comedy refer to as "OCD Level 3".

Riteish, as regular in Sajid Khan's cinema as titles beginning with "H", makes a better impression than Saif who tries hard to show us he's in the fun no-brainer mood. Saif is clearly out of his depths indulging in the slapstick lunacy of a world that has no logic except to create a chaotic humour out of a stockpile of mistaken identities.

Oh, there are three ladies in the show who wriggle and pout whenever the plot is in doubt (which, as you can tell from the nature of the material, is very often). Even the opposite-sexiness is handled more engagingly in the hands and chests of the three heroes wooing their own doubles in voluptuous drag. While Saif woos Riteish in drag and vice versa, bizarrely Ram Kapoor wooes himself in drag to create a kind of auto-eroticism that has no bearing on the film's predominant mood of sexual innocence.

To shock us, there are lots of gay jokes popping up when you least expect them to, as though the director wants to remind us that political incorrectness is not only about mistaken identities but also about identity crises.

Don't even try to make sense of the world that Sajid Khan builds. The sand castle of goofiness can any time be washed away by the high tide. The director doesn't really care.

Sajid Khan takes potshots at himself and his sister Farah Khan by showing "Himmatwala" and "Tees Maar Khan" as part of torture curriculum in the mental asylum. Don't be surprised if the DVD of "Humshakals" shows up in "Humshakals 2" as a torture device.

In one of the rare genuinely funny sequences, Saif and Riteish try to impress Ram Kapoor by pulling off the tablecloth from a table filled with food, promising as they do, that nothing will spill.

Of course all the food comes crashing down. But does the fear of falling ever hold back the broad comedy of ill manners which Bollywood thinks to be funny?

Wish we had as much fun watching this film as the team seems to have had making it. Saif is shown to be a bad stand-up comedian. The film never outgrows its hero's character's craving to make people laugh. 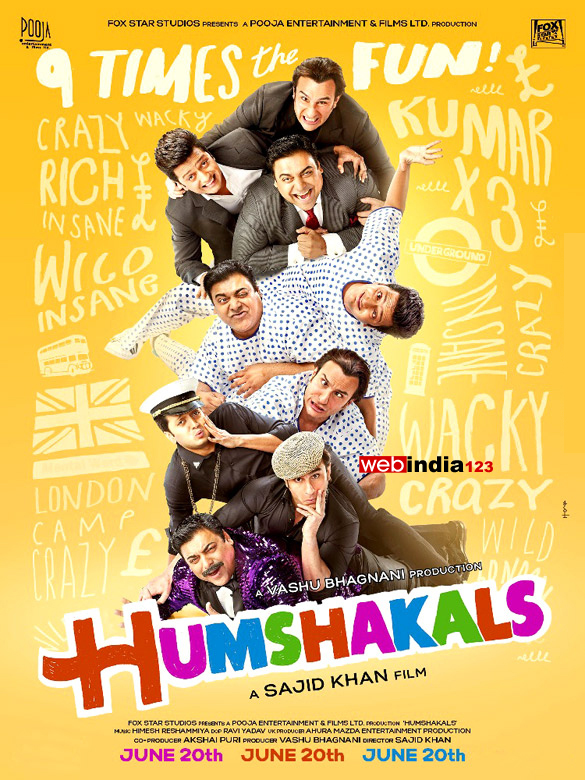 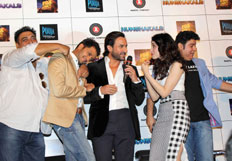 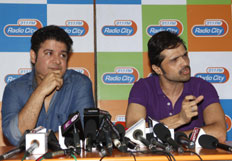 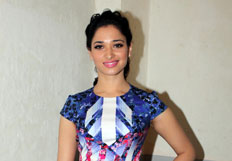