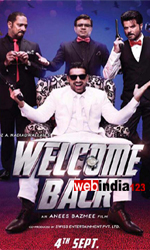 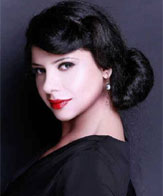 Welcome Back': Replete with entertainment (Review By Troy Ribeiro; Rating : **1/2)


Don't look for rationality or logic and you shall get oodles of entertainment.

Treated as a comedy, "Welcome Back", is an action-packed, buddy film laced with family obligations, love and sacrifice. This is a sequel to the 2007 released "Welcome". It takes off from where it last left.

While there are several references to the prequel, you don't miss these connections as this film stands firm on its own terrain, albeit following the same formulaic pattern, in premise and plot, as its predecessor.

The ageing mobsters Uday Shetty (Nana Patekar) and Majnu (Anil Kapoor) are now reformed businessmen leading a respectable life in Dubai. Being single, they decide it is time to get domesticated. It so happens that both fall hook, line and sinker for Babita (Ankita Srivastava) a con-girl, who introduces herself to the duo as Rajkumari Chandini.

Meanwhile, Uday's father turns up at their doorstep informing them that he has one more daughter Ranjhana (Shruti Haasan) from his third marriage. And that Uday should take care of her.

Bogged with this new-found responsibility, the two friends stall their own wedding plans to find a groom for their little sister. They decide to get her married before they can settle down. This forms the crux of the tale.

The script, written by Anees Bazmee, Rajiv Kaul and Raaj Shaandilyaa, though treading on tested grounds which make the saga familiar, has freshness in terms of its gags. They are fresh and range from the traditional punchline jokes to many other forms of comedy such as deadpan, observation, satire, surrealism, slapstick and improvisation.

The dialogues are packed with metaphors, rhymes, allegories, double entendres and familiar references. They don't follow any specific configuration, thus making the film a laugh riot.

Nana Patekar with his rising blood pressure and constant self-assuring lines, "Control, Bhai Control" or "Bhagwan ka diya hua sab kuch haia" is a treat to watch. He is ably supported by Anil Kapoor as his "bhai, dost and business partner". They make a formidable pair.

John Abraham as Shruti's love interest and Dr. Gunghroo's son, plays the brawny Ajay aka Ajjubhai with elan. He makes a sincere effort to emote and does have his shining moments.

Paresh Rawal as Dr. Gunghroo is in his usual mould, a character he has often essayed. Naseeruddin Shah as "Wanted Bhai" is reduced to a caricature since his character though pronounced as an infallible villain, is not portrayed well. Shiney Ahuja as his son Lucky, though in a relatively small role, plays his part to perfection.

Dimple Kapadia as the con-woman Poonam along with Shruti Haasan and Ankita leave their mark.

With excellent production values, the film is visually glossy and vibrant. The locales and the massive sets are beautifully exploited.

The background score along with the title song used as a leitmotif, is effectively used to elevate the viewing experience. The rest of the songs are ineffective as they neither help in the story progression nor do they offer any amusement. They are just time fillers.

The action, packed with well-choreographed; fisticuffs, helicopter sequences, desert chases - reminiscent of the sequence from "Mad Max" and drone blasts, are the highlight of the film.

Overall, watching this film makes for a great pastime.

No kissing in my films ever: Anees Bazmee

Director Anees Bazmee, who is looking forward to the release of "Mubarakan", says he is careful about not letting his actors kiss on screen.Read More 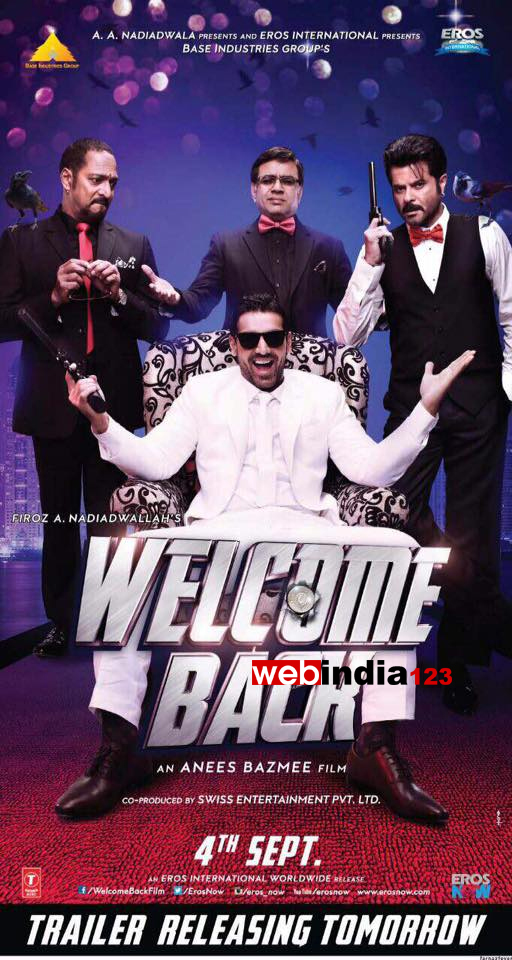