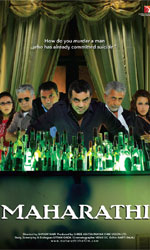 "Maharathi" is based on Paresh Rawal`s Gujarati play of the same name. The play, a thriller, has been running for the last 21 years and has already had 700 shows so far.

Though Rawal himself is the director of the play, he backed out from taking the same responsibility for its movie version. So, in came Shivam Nair.

Since much of the drama in the movie takes place indoors, the effect of it is not the same on screen as it has been when played out on stage, so that the movie ends up giving a stuffy feeling.

It rises above the run-of-the-mill thriller primarily because of clever narration of the story designed to keep the audience guessing till the final denouement.

Adenwalla (Naseeruddin Shah), a film producer, who is past his glory days, is married to a young aspiring actress, Mallika (Neha Dhupia). Their married life is far from happy as Addenwalla, having fallen on bad days, takes to drinking heavily. Frustrated, he lives a wretched life and is loathed by his wife.

Subhash (Paresh Rawal), a struggling actor, one day saves Adenwalla from an accident. In gratitude, Adenwalla keeps him as his driver.

Though Mallika hates Subhash for his proximity to her husband, he later becomes her confidant when he gives in to her plan of getting her hand on Adenwalla`s Rs.240 million life insurance payout. Mallika also ropes in the family lawyer (Boman Irani) and the caretaker of the house (Tara Sharma) to execute her plan.

Even as they make their plans, the quartet quietly scheme to double-cross one another. Finally, their greed gets bared when Assistant Commissioner of Police Gokhale (Om Puri) has a whiff of it.

What makes the movie worth watching is that it has many plausible twists and turns, keeping the audience guessing where the plot will lead.

The restrained performances of the actors save it from going over the top. Naseeruddin Shah, as a drunkard, does not rave and rant.

Similarly, Paresh Rawal is not the usual liveried chauffeur seen in umpteen Bollywood movies who is ever so ready to genuflect before his boss and Neha Dhupia, mercifully, is not the fault-finding lady of the house who rides roughshod over whoever comes her way. In short, the cast behaves like normal human beings and not like caricatures.

However, the build up to the drama in the first half is long drawn out and it becomes a bit claustrophobic as everything takes places inside a house. Moreover, it is hard to believe that while Mallika and her cohorts plot and scheme against Adenwalla right before his eyes, he would not have an inkling of their intrigue.

But these minor faults are covered up by the believable performances of the cast and the twists and turns of the drama that keep the audience engaged.

Naseeruddin Shah`s performance, expectedly, is impeccable. Paresh Rawal and Boman Irani, of course, are a pleasure to watch, as usual. Om Puri and Tara Sharma have very little to do in the movie. They provide able support nevertheless.

The surprise of "Maharathi," undoubtedly, is Neha Dhupia. As a ruthless, greedy housewife, she shows some spark of histrionics one never thought she was gifted with.

With high stakes and desperate players.

All think they hold the winning cards. All are wrong.. for all are prawns. And as the game unfolds... a suiside will be camoutflaged as murder.. a phony kidnapping will result in death... an innocent caretaker will get entangled in more than what she bargained for.

At sake- freedom from the net cast by the astute ACP Gokhale and Inspector Borkar.

As the players stage an unnerving battle to outwit each other, the cops close in for the kill. Everybody will scramble for cover...the plot will get murkier... the lies will come faster and the motives will become darker.

Suddenly the only thing that matters is survival and of course the 24 crores.

And an innocuous freezer will continue to hide a sinister secret. 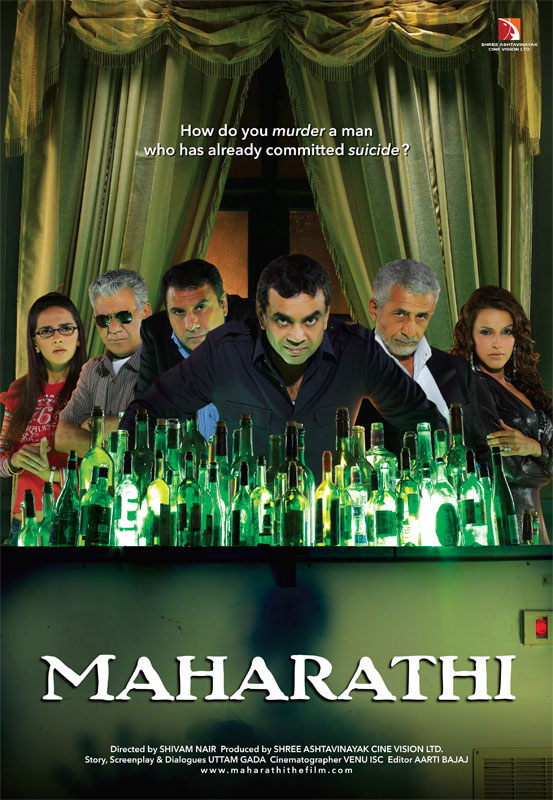 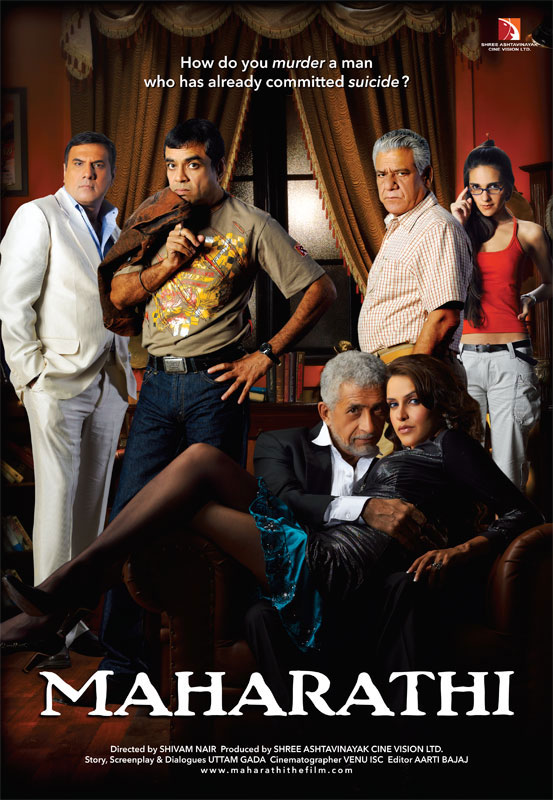 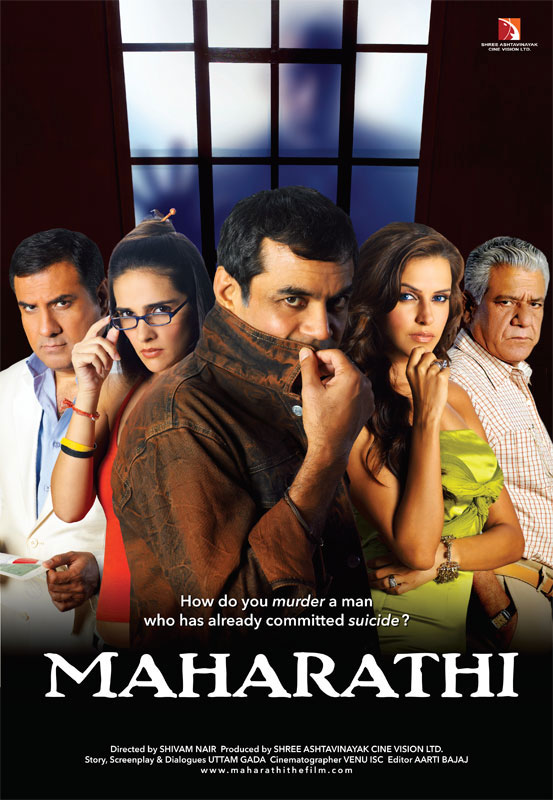 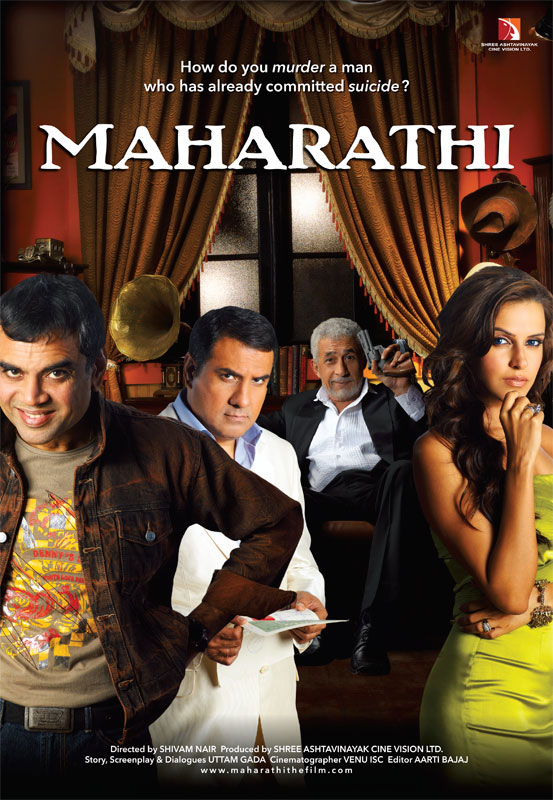 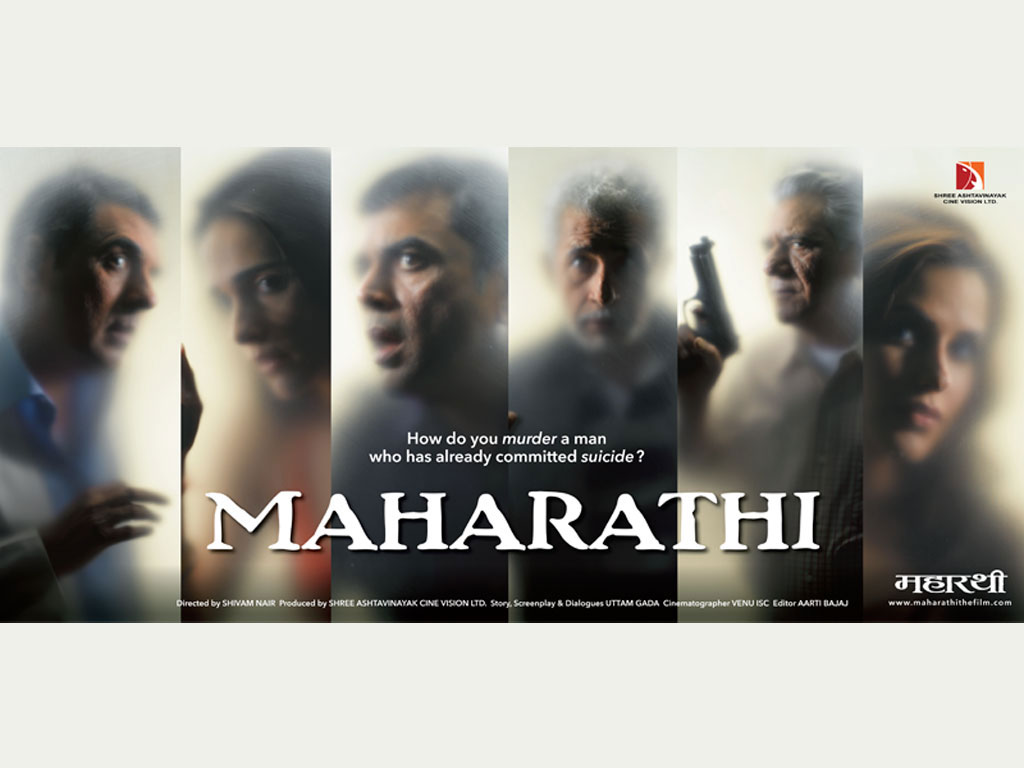 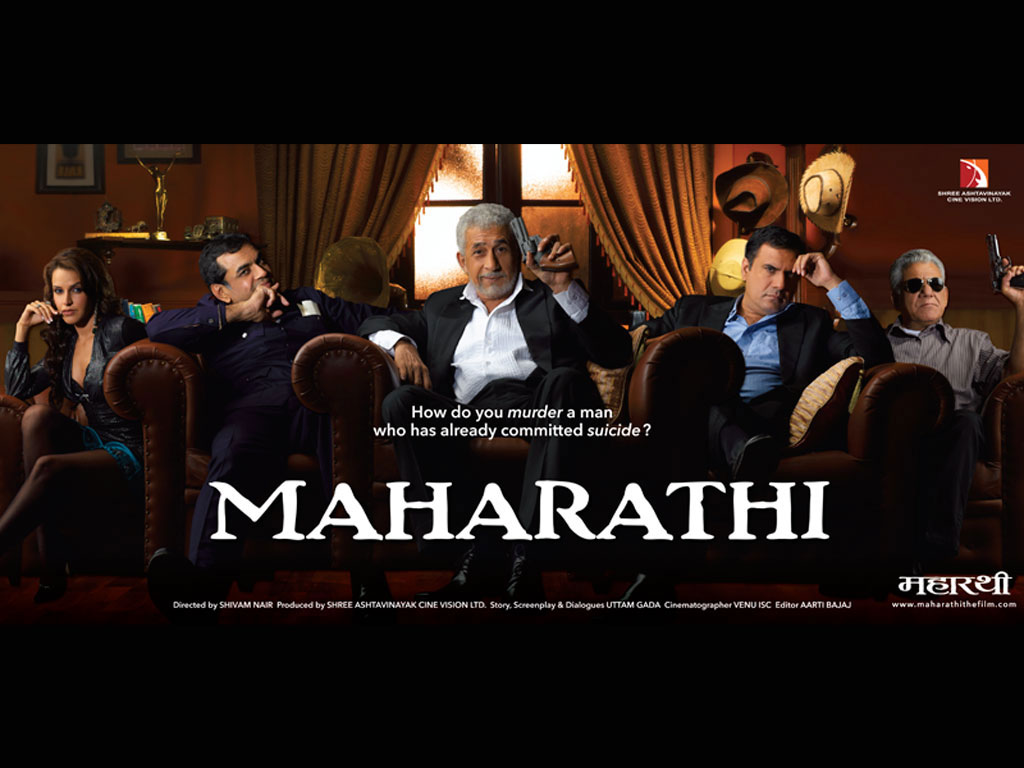