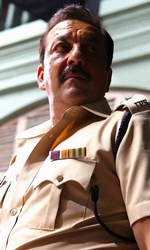 'Policegiri' over the top ear-splitting fun
Rating: 3/5
Indian cinema is like a massive bouquet of wildflowers of different colours and smells. You really can't judge "Policegiri", Sanjay Dutt's hefty homage to hero-giri completed before serving the remainder of his prison term, against the soft gently-undulating movements of the week's other release "Lootera". If Vikramaditya Motwane's film is soft-petalled rose, "Policegiri" is a wild cactus flower from the desert.

Why cactus? The landscape is populated with pricks, you see.

It's a roaring 21-gun salute to the traditional mainstream cinema's ongoing obsession with the corruption-cleansing cop who goes on a rampage. The anti-establishment figure from Prakash Mehra's "Zanjeer" has been slyly transformed into the khakee-coloured law-enforcer with shades of grey.

Like Ajay Devgn in "Singham", Akshay Kumar in "Rowdy Rathore" and Salman Khan in "Dabangg", Sanjay in "Policegiri" is a morally ambivalent do-gooder who bends rules to restore order in an inherently anarchic lawless town somewhere on the Andhra Pradesh border (hence the thick accents of junior artistes who seem to have seen better 'daze') run by a powerful goon-politician

That the buffoon of a goon is played repeatedly by Prakash Raj is a boon. This talented actor from Priyadrshan's unforgettable "Kanchivaram" plays the same rowdy idiosyncratic neta in almost every Hindi remake of a South Indian cop-on-a-cocky-trail remake. And he revitalises the character each time!

Here in "Policegiri" Prakash Raj is a howl as a music-loving ganglord. In various self consciously staged confrontation scenes with Sanjay, Paraksh Raj is seen playing different musical instruments, from the piano to the tabla, quite badly we may add.

"I don't claim to be Mohammad Rafi in singing, but I am Mohammed Ali in my brute power," brags Prakash Raj's villainous character Nagori Subramnayam in scene after scene.

Well, good for him. Be warned the heroic adversary is formidable. Like Salman in "Dabangg", Sanjay's cop character is quirkily immoral. We are not supposed to judge this bovine cop adverserly just because he collects money wrapped in a newspaper from the gana-wala goon.

Flitting in and out of this tale of the goon-like coop and the gana-gata-goon is a romantic association between Sanjay and Prachi Desai. Age difference be damned, they even have a discreetly-done suhaag-raat scene where Prachi is allowed to make fun of Sanjay's dhalti umar(advancing age).

Ask Sanjay if he cares. He seems to sink into the fun quotient of the barbed jugalbandi with Prakash Raj without bothering with histrionic one-upmanship.

The fun part of "Policegiri" is that no one, not even director K. Ravi Kumar, seems to take the proceedings seriously. Even when gruesome killings happen, they are done in the spirit of a comic-book caper where the hero has forgotten his cape home and he certainly doesn't wear his underwear on top of his khakee pants.

Sanjay seems to revel in the absurdity of a crime drama where the law-maker seems to share an affinity to moral ambiguity with the law-breakers.

It is all fun to watch-loud, rumbustious, over the top, ear-splitting fun provided you are a "Singham"-"Dabangg" aficionado, and a Sanjay Dutt fan.

And provided you don't judge the film by the same yardsticks as "Lootera".

The movie sees Sanjay Dutt in the role of a roughneck cop DCP Rudra Aditya Devraj who doesn’t mind bending the law to bring criminals to justice. In order to restore peace to the town he has to face Prakash Raj who plays the role of the main antagonist Nagori Subramaniyam. Nagori wields total control in the Southern states thanks to his links with some powerful politicians.

Prachi Desai plays Sehar in the film, a software engineer who is in two minds about marrying Sanjay Dutt due to his good cop-bad cop persona. Other actors who are integral to the film’s plot include Om Puri (Commissioner Trivedi), Rajpal Yadav (Tutu), Mukesh Tiwari (Padam), Manoj Joshi (Inspector Javed) and Murali Sharma (MLA Prasad). 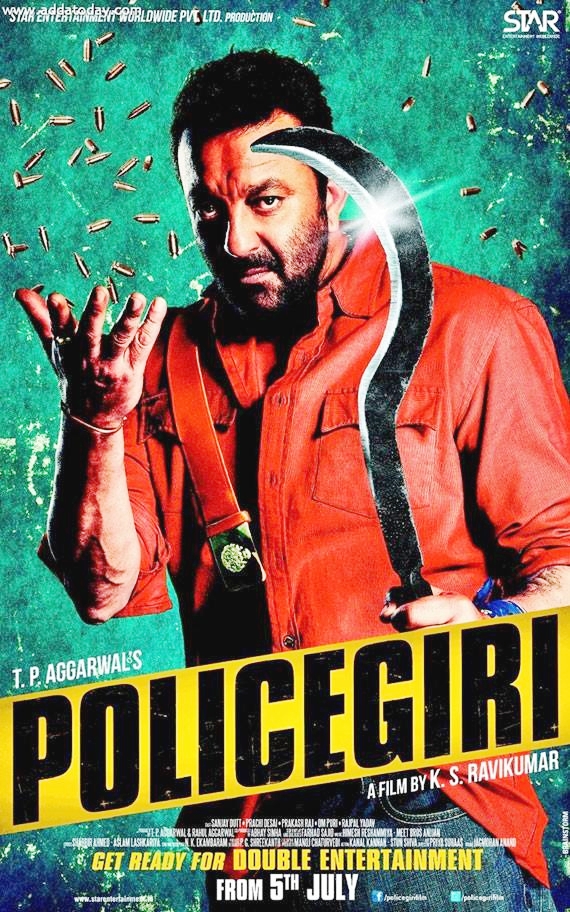 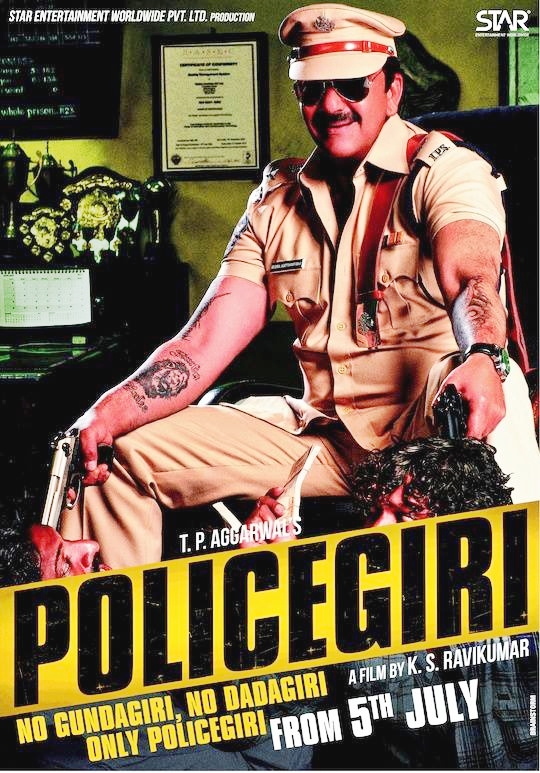 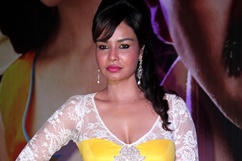 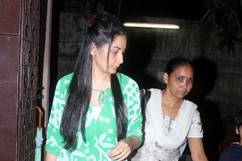 Manyata Dutt arrive for the screening of film Policegiri Stills 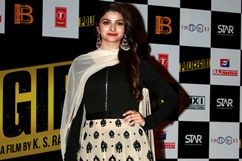 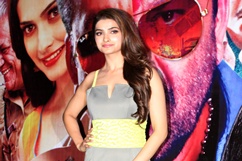