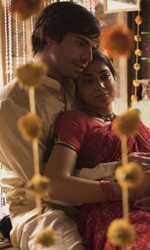 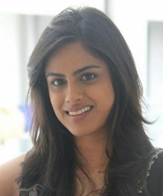 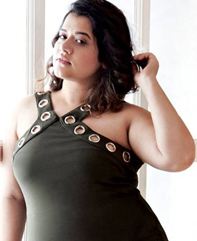 `Midnight`s Children` - striking epic despite its flaws (IANS Movie Review)
Rating: **1/2
Deepa Mehta`s "Midnight`s Children" is not a well-crafted film of Salman Rushdie`s Booker Prize-winning novel of the same name. Yet it captures the essence of the novel to the core.

Told through the lives of the children born at the stroke of midnight of Aug 15, 1947, especially, Salim, Shiva and Parvati, it is a multi-layered tale of destinies. It is a story of the rich, the poor and the misguided. It is fiction and fantasy delightfully wrapped within the folds of the political scenario of the three countries, India, Pakistan and Bangladesh.

What precedes the birth of Salim is a complex tale that is narrated in the first 45 minutes of the film. Inspired by her rebel husband`s communist slogan, "Let the rich be poor and the poor, rich", the misguided paediatric nurse, Mary, deliberately switches the identity tags of the two babies as a gesture of solidarity and thereby swaps their destinies.

Moving ahead, in childhood, Salim discovers that thanks to a sneeze and the sniffles, he can hear and see all of the other 581 surviving children around the country born at the same historic day and time as he. Dubbing them as Midnight`s Children, he has the power to call "conferences" in his bedroom late at night, bringing their presence together from all parts to plan the fate of the nation, including the hot-headed Shiva and pretty and mystical Parvati, the spell-weaving witch.

The three are intertwined again as adults in the film`s last act when Shiva, now a ruthless military commander, and Salim, following six years of amnesia, become involved with the beautiful adult witch, Parvati against the background of Indira Gandhi`s brutal emergency measures.

Rushdie`s rich characters are brought to life by a strong ensemble of esteemed actors whose performances were well extracted by director Deepa Mehta. Debutant Satya Bhabha delivers a confident performance as the grown up Salim and Siddharth is the perfect foil for him as the embittered Shiva. Darsheel Safary as the young Salim is undoubtedly brilliant.

The competent Seema Biswas is charming as the misguided, guilt-ridden nurse and the catalyst for the unfolding sequence of events. Shahana Goswami smoothly conveys the poignant turmoil of the mother inadvertently caught in the cross-fire, while Ronit Roy is exacting as the frustrated businessman. Anita Majumdar also makes an impression as the hard-hearted, ambitious Emerald, alongside Rahul Bose as her military power-broker husband, Zulfikar.

Visually, the film encompasses scenes of war, liberation, celebration, corruption, romance and mourning - all beautifully captured by cinematographer Giles Nuttgens. The visuals are brilliantly layered with Nitin Sawhney`s ethereal score, making it a perfect backdrop with the mystical quality of the magic realism scenes; it is like watching a stunning canvas gradually come to life.

Even with Salman Rushdie`s narration and screenplay, what probably did not work for "Midnight`s Children" are the abrupt scenes. Each scene is brilliant, but in silos, disconnected with the next, making it difficult to capture and bring to life the essence of the book that combines a type of unexplained practicality.

Yet this is a striking, well-produced and thoughtfully designed epic.

Midnight`s Children is an epic film from Oscar-nominated director Deepa Mehta, based on the Booker Prize winning novel by Salman Rushdie. At the stroke of midnight on August 15, 1947, as India proclaims independence from Great Britain, two newborn babies are switched by a nurse in a Bombay hospital. Saleem Sinai, the illegitimate son of a poor woman, and Shiva, the offspring of a wealthy couple, are fated to live the destiny meant for each other. Their lives become mysteriously intertwined and are inextricably linked to India`s whirlwind journey of triumphs and disasters.

From the unlikely romance of Saleem`s grandparents to the birth of his own son,Midnight`s Childrenis a journey at once sweeping in scope and yet intimate in tone. Hopeful, comic and magical – the film conjures images and characters as rich and unforgettable as India herself.