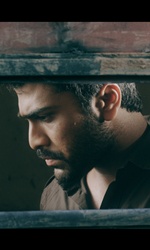 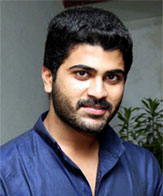 `Ko Antey Koti`: Way out of the league
Rating: **1/2
"Ko Antey Koti", a crime-thriller, which is fairly engaging, unconventional and totally uncanny in its presentation, is definitely one of the best Telugu films of the recent past. But what makes this strikingly different film uninspiring is its borrowed inspiration from the west. Had one watched a bunch of extremely good Hollywood crime-thrillers, then putting together the plot of this film is easy. Heavily inspired from the French film "Rififi", this film makes for a good one-time compelling watch.

Four wastrels - Vamsi, Maya, PC and Chitti- plan to rob a vault loaded with black money under tight security surveillance. All goes well as planned, until one among them drops dead. Following the death, things are not the same between the friends. At this juncture, we come to learn that Vamsi is in dire need of the money to save his girlfriend Sathya. Before you begin to wonder what`s going on, Vamsi`s love story is revealed.

This film deserves to be praised and welcomed with enthusiasm, for this is probably the first time in a while that we have got to see something offbeat. However, the question that stands in front of the viewers is, are they ready, or even least interested to watch something off the beaten path.

The crude humour works well in the favour of the film as it takes away the seriousness from what appears to be mostly, a dark, yet dramatic crime saga. The extremely slow proceedings of the film are tiring to even to sit through the film, especially with a running time almost clocking three hours. The sardonic writing sans conviction makes most scenes fall flat without leaving any impact on the audience.

Music by Shakti Kanth along with his menacing background score are the only saving grace of the film, besides the performances by the lead actors.

Sri Hari throws in a powerful performance as Maya Master, whose transformation from a crime mastermind to a greedy, full of himself crime lord is brilliant to watch. Sharwanand outshone his own performances with an intense portrayal of a thief beleaguered by love. Priya Anand wrenches hearts with her sweet and innocent role of a village belle.

Director Anish attempts to weave together several things such as crime, violence and romance into a seemingly crisp narrative, only to realise that the output is below expectations. The film struggles to evoke interest in the first half, but gradually picks up momentum during the second.

At the drop of the credits, one comes to the conclusion that "Ko Antey Koti" is way out of the league from Telugu film standards.