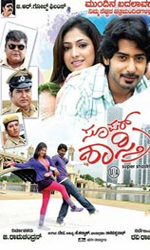 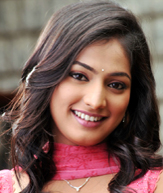 
Just a week ago, the Kannada film industry felt proud for the huge response to a well- made historical film like Kranti Veera Sangolli Raayanna, based on the life and times of a revolutionary guerilla fighter, who fought against the Imperialist British empire. The whole of the southern film industry took notice of the movie, and now, one gets to see a disaster like Super Shastri.

The story of the movie goes like this - Subramanya Shastri hails from a traditional family and works as a priest in a temple. He starts loving a girl named Sonia Gowda, who hails from the Vokkaliga community. Shastri`s family opposes this union in the the beginning, but later agrees to the alliance to please their son.

Shastri and his entire family members move out to Sonia`s village where her father Venkatappa Gowda is leading a faction engaged in fighting another ganglord Narasimha Gowda. Subramanya Shastri and his family members enter the scene to profess their support to Venkatappa Gowda. Finally, he comes to know that Subramanya and his daughter Sonia are in love. This fact will also be known to Narasimha Gowda, who wants to exploit the situation. Finally, Subramanya Shastri makes the two factions understand the futility in fighting each other and marries Sonia with the concurrence of her family members.

A remake of Telugu film Seema Sastri, the film can easily be listed as one of the worst films released during this year. And to think a successful young actor like Prajwal and a multilingual actress like Hari Priya are involved in the film as lead artists, will definitely hurt Kannada film audience. Certainly Kannada films will reach its lowest ebb with films like this.

Another point worth to be discussed is that the original Telugu version Seema Sastri was a reasonably well made laugh riot and earned some profits for the producer. The film had also endorsed its hero Allari Naresh`s credentials as the most successful Telugu film actor of comedy-oriented films. But in the Kannada remake, everything looks silly, illogical and boring.

The changes made in the film script to suit the nativity of Karnataka, has not helped the film, but it has harmed the film by diluting the funny elements.

With its substandard technical work and boring narration, Super Shastri is a real torture for the audience. The Telugu film audience may accept some illogical things mainly because Allari Naresh has a different image. But to project a young hero like Prajwal Devaraj, who has been seen more as a lover boy in films, is certainly a bad idea.

Director Raviraj, who comes from Tamil Nadu, has failed to select suitable artists for the roles as he is totally unaware of the strength of the local artists. To add to this confusion, the film`s producer G. Ramachandran has also been featured in an important role in the movie. It is really a pain in the neck to hear him mouthing Kannada dialogues in Tamil accent.

Prajwal Devaraj is a misfit for the role, though his action portions may be liked by his fans. Hari Priya looks glamorous, but she has little opportunity to showcase her talent. G. Ramachandran who plays the role of father to Prajwal looks totally out of place. Though there are number of veteran artists, nothing looks impressive in terms of their performance.

Music by Deva is average, while Kashi Vishwanath`s camera work does not attain the standards seen in contemporary films made in Kannada. The editing is haphazard.

There is nothing to lose if you avoid watching this film.