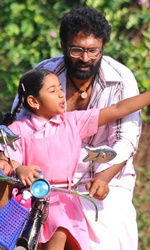 Ram's "Thanga Meenal" is not your ordinary Tamil film that comes week after week. It's a rare children's film that rises to live up to its purpose while stumbling along the way. Despite being overly sentimental and bravely taking a dig at primary school education system and a few other things, "Thanga Meengal" is a coming-of-age story of an unfit father struggling to make ends meet, told through the eyes of his eight-year old daughter.

Kalyani, a man in his mid-30s, is constantly looked down upon by his own father for his inability to land a job to at least pay his daughter's school fees on time. Kalyani got married at a young age unaware of the consequences of supporting a child without a job. However, it is after the entry of his daughter Chellamma that his life changes for good after few initial years of struggle. In essence, Chellamma turns out to be his guardian angel.

Chellamma is believed to be a special child. Her ability to learn in school is different from others, but that doesn't spare her from earning the ridicule of her teachers and classmate. It is only Kalyani, amongst everybody else, who understands Chellamma on a level that not even her own mother understands her.

I know for a minute or even more, we are reminded of Aamir Khan's "Taare Zameen Par", but unlike Aamir's film, "Thanga Meengal" never highlights the talent of the kid as a defect or at least some sort of medical condition to say the least. This is where I developed respect for the film because it reiterates that a kid not able to learn as quickly as his or her peers is not always dyslexic or suffering from some syndrome.

Ram takes a strong stance against the incapability of schools to understand the hidden talents of their children. And how most children are mostly fed answers to questions to learn without a purpose. He also focuses on things that have adverse and immediate effect on children who are highly prone to imitate what they see at a young age.

Sample this scene. Little Sadhana who is caught stealing in school conveniently blames a television serial for planting the seed in her head to steal at the first place. In another scene, Chellamma overhears a conversation about the onset of puberty in girls. She asks the same question to her mother, but only gets yelled at back in return.

Instances like these remind us of the inquisitiveness in children and how they don't take 'no' for an answer. How do you as a parent handle such situations is also one of the aspects of the film that is addressed with lot of sensitivity and attention.

The film loses steam in the second half, especially when Kalyani, in an effort to buy his daughter a pug (priced Rs.25,000) goes in search of an ancient instrument in the forest of Kerala. While this whole episode underlines Kalyani's love for his daughter, it turns out to be a boring, over dramatic scene.

As a viewer, one is also left to wonder why Kalyani has these spurts of anger at people around him except his daughter. Is he mentally unstable or suffering from some disease, is a question we are never presented answer with.

Likewise, the entire episode with teacher Padmapriya, who understands the hidden talent of Chellamma, is just limited to a couple of scenes.

The film's music and cinematography is top-notch. The aesthetically brilliant shots captured through the lens of cinematographer Arbhindu Saaraa are out of this world. Yuvan's background score takes the film up a notch, while his music is equally uplifting.

Barring few minor flaws, "Thanga Meengal" cuts you deep emotionally and achieves what several films in the recent past couldn't.

'Taramani' inspired by the world around me: Ram

Director Ram, best known for critically-acclaimed Tamil films such as "Kattradhu Tamizh" and "Thanga Meengal", says his forthcoming release "Taramani" is inspired by everything that he sees around him.Read More 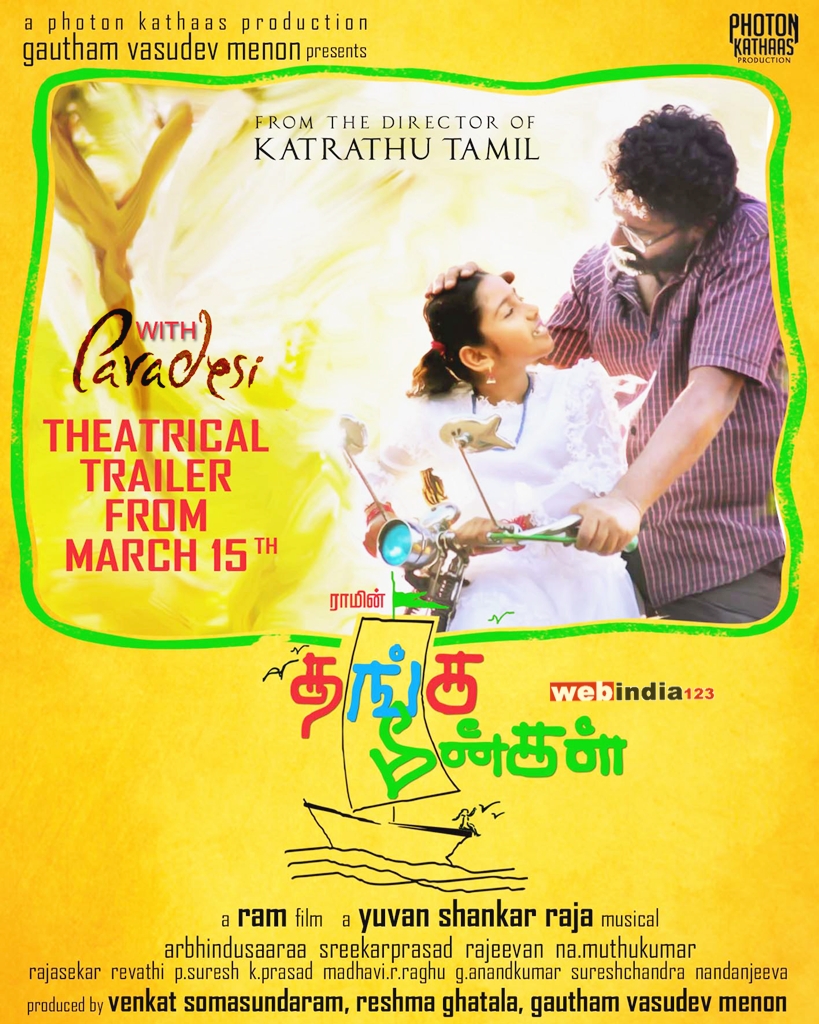 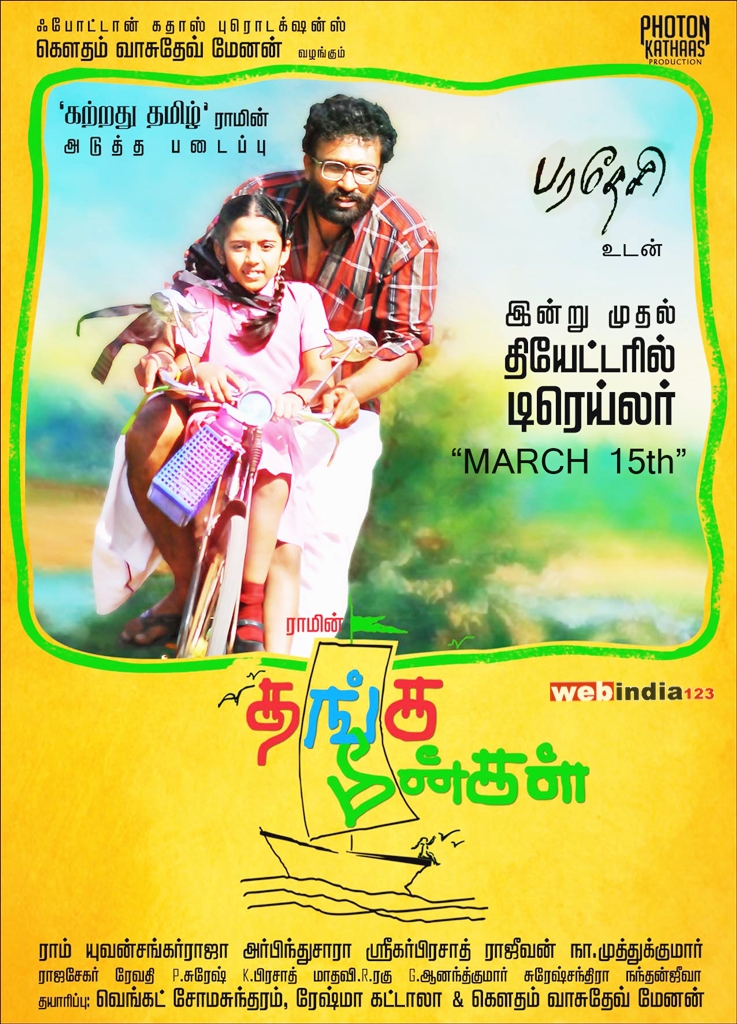