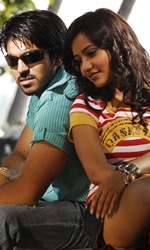 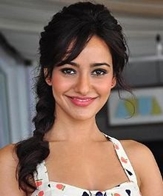 `Siruthai Puli` - Puri`s overdramatised action masala
Rating: *1/2
In this two-plus hours of sheer torture, you wish you had walked into the theatre with few anacins in your pocket. "Siruthai Puli" is the dubbed version of Telugu film "Chirutha" starring then debutants Ram Charan and Neha Sharma.

Helmed by the master of screenplay Puri, the film screams boredom and lacks even one inspiring moment. The only saving grace seems to have come in the form of actor Chiranjeevi`s son Ram Charan.

Ram spends his entire childhood in prison for a crime he never committed, which he graciously accepted in return for money for his mother`s operation, who was severely injured by Ashish, a local don. You`re swept off your feet by these `awwww` moments and before you know, many years have passed and Ram is freed. And before you know it, the revenge drama kicks in and you`re dragged through an experience you never wanted.

Puri may not be an extraordinary filmmaker but he definitely has a knack for handling screenplay. Unfortunately, you don`t get to see the master at his best in this life-sucking, overdramatised revenge saga. In an effort to heighten Ram`s image, you can see the director`s desperation to make things work.

The characterisation is weak and baseless. It`s funny how few directors so badly want to glorify their heroes and in the process, look dumb. Unfortunately, Puri qualifies to be one among the many in the list. This is how lame Puri`s characterisation is - Neha, who plays the leading lady in the film is the daughter of a filthy rich businessman, a globetrotter with her posse of friends and awfully mean and spoilt. However, when Ram delivers an `Oscar-winning` (pun intended) two-minute speech, she changes for good.

There are hardly any likeable moments in the film that you can take home and share with friends and family. Ram shines in his role and displays commitment, potential and striking aura of an upcoming star. But, he should stop imitating his father before he gets typecast as a follower.

Neha Sharma, with her amiable looks and sensuous appeal leaves an impact, but doesn`t qualify to be called brilliant.

The brilliance of Ashish Vidyarthi and Prakash Raj go unnoticed and completely wasted. This reminds me of Nana Patekar being asked to play some comedian brother to Katrina Kaif than a fearsome cop in "Ab Tak Chhappan". Some actors are best suitable for certain characters that are etched specially for them, but if you push them to play clowns, their talent is wasted.

Instead of sitting through this brainless dramatisation of cinema, I`d recommend you to watch one of Puri`s better films.