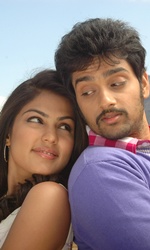 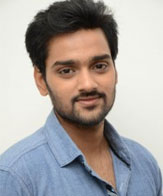 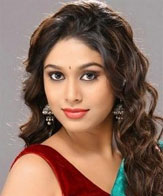 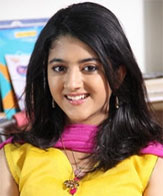 `Tuneega Tuneega` - weak script, a big let down (Telugu Movie Review)
Rating: **
He might have churned out blockbusters as a producer, but filmmaker M.S. Raju fails to strike a chord as a director. He donned the director`s hat for the first time in 2008 with "Vanna", which was a dud. And once again he fails to charm with "Tuneega Tuneega".

"Tuneega Tuneega" marks the debut of Raju`s son Sumanth Ashwini, but it is a big let down, courtesy a badly written script.

The film narrates the story of Karthick and Nidhi, who are the kids of two good friends Ramaswamy and Ravindar. As a child Nidhi cannot tolerate continuous sniping from Karthick as result she develops a hatred towards him. She later moves to the US for further studies.

Even When she comes back, she has the same level of hatred towards Karthick. But slowly love blossoms between the two. They decide to get married until a cunning relative of Ravindar starts creating problems.

He wants to get his son married to Nidhi for usurping the huge property. How Karthick gets his lady love forms the rest of the story line.

Raju presents a youthful love story, but frankly it reminds you of the films made in seventies and eighties.

That is not the only weak point in the film. The characterisation of the lead artists is so sketchy and inconsistent. The film moves at such a slow pace that one has to have a lot of patience to watch the second half.

It is really surprising to see an experienced film personality like Raju crafting out movies with age-old stories, when Telugu filmmakers are trying to move away from cliched patterns and make films like "Eega".

Sumanth needs grooming. The script also does not allow him to showcase his talents. He is a good dancer. Rhea fails to create an impression.

Veteran artists Shivaji Prabhu, Nagababu, have performed well. The comedians Dharmavarapu and M.S. Narayana have not been properly used in the film.

The title song is catchy, but it is certainly the picturesque visuals which are the great strength of the film. The dialogues written by Parachuri Brothers lack freshness and have been heard before in many of their own films.