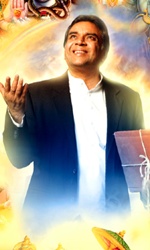 `Oh My God!`: Challenging the merchandising of religion
Rating: ***
For popular art, it is considered taboo to question religious dogma. Somewhere deep within us we all know ritualistic religiosity is a multi-crore business in our country. But who dares to raise a voice against the deplorable extravagance which is meant to please the Gods?

That amazingly skilled actor Paresh Rawal does exactly that. He raises a voice against organised religion and the merchandising of faith whereby a common man`s threshold of belief in the divine power is weighed against the amount of money he rustles up to appease the Gods. The point, made with telling acerbity in OMG is that God doesn`t want our money.

Then who is pocketing the billions that flow into the religious industry each year in the name of God?

Based on a long-running play, OMG adapts the delicious premise of the staged event, questioning not the presence of God but the absence of sincerity in His self-appointed minions. That Paresh Rawal reprises his role of Kanjilal, the non-believer who drags `God` to court, is a stroke of luck for this arresting adaptation. He rattles off the most iconoclastic lines in the most convincing and endearing tones rendering the figureheads of organised religions into redundant blubbering entities.

And yet-and this is the film`s salient triumph -- it doesn`t seem to insult or ridicule any religious belief. OMG questions the scared cows without milking those cows for effect. There is an inner strength to the ideas and beliefs put forward in this films. These provide a centrality to the plot that could easily have gotten lost in the maze of philosophical idea and religious cynicism.

The film exudes a powerful scent of sincerity. Much of it can be sourced to Paresh who brings splendid conviction and power to his lines. Mithun Chakraborty gives another brave and believable performance as a Nrityanand-like guru. The delicate feminine touch is just oh-so-delectable. Mithunda, you are a cool cat!

My problem was in watching Akshay Kumar play God. To begin with his role is sketchy in comparison with the sharp lines used for portraying Kanjilal. In the absence of an existential persuasion in his arguments `God`, Akshay Kumar resorts to homilies and half-smiles all flashed in a hazily captured image of a God who rides a Harley Davidson.

While Paresh`s non-believer is infused in believability, Akshay`s God fails to take off.

But the film works, because it tears into sanctimonious manifestations of the very private issue of faith and religion, challenging the God-men to a game of mental chess that leaves the religious charlatans looking helpless and defenceless.

On the minus side there is a conspicuous staginess in the verbosity that is ironically the backbone of the proceedings. A film like OMG is near-extinct in mainstream Hindi cinema. It dares to raise questions that mass-oriented cinema generally shies away from. For this display of creative daring, producer Akshay Kumar may be excused his vanity of playing God.

Interesting, thought-provoking and based on a novel premise (sue God!) OMG is a delightful little creation that challenges the merchandising of religion, no offence meant to the temples of doom. Paresh is outstanding in making irreverence seem endearing. Thank God for good actors.

Kanji Mehta is an atheist, who runs an antique shop. For him, god and religion are nothing more than a business proposition. He buys old looking god and other religious idols, which he usually sells as ‘antique’ idols at double or triple, and sometimes even 10 times its original price. Well, it’s not his fault really, is it now?

The average and gullible believer truly wants to believe that these are actually centuries old and rare finds. God is the biggest money spinner for him. His wife, on the other hand, is a completely different story. She is as devout as one comes, infact so much so, that she goes the extra mile to atone for her husband’s sacrilegious babblings. The life has gone on for kanji and his family like this, and would have sailed smoothly for him in the future as well, but for that one fine day, when a slight tremor of an earthquake shakes the city. The earthquake itself doesn’t cause any concern to anyone, and would have hardly been of any consequence, but for one small problem… it causes the destruction of only one shop in the entire city… Kanji’s shop!!! But Kanji, is a wily fox, he always thinks 2 steps ahead. For just such a situation, he has taken out more than adequate insurance… nothing, not even a freak earthquake can upset his life…

But as they say, man proposes, god disposes, or in this case, Insurance company disposes… for, the insurance companies possess a holistic shield against all such claims… ‘ACT OF GOD’... Now, this ‘act of god’ is that fine print which is hardly ever read by the policy taker, but can be used by the insurance agency to deny any unwarranted claim. The insurance company invokes this act of god and promptly rejects the claim saying that ‘earth-quake’ is not a man made phenomenon, it can only be brought on by an ‘act of god’.
Frustrated, and left with no option, Kanji decides to file a case against God on the premise that if God is responsible for his loss, as has been made amply clear by the Insurance Company, then it is God’s responsibility to compensate him for his losses. SO THAT’S HOW GOD GETS SUED!

Kanji sends legal notices to the various high priests and heads of various religious sects. The news spreads like wild fire that a mad man has made a mockery of religion and law alike. Everyone, including the lawyers and the priests are certain, that such an outlandish and preposterous case, will never get the dignity of a court hearing, it will be thrown out in a minute, if not sooner.
In the court, Kanji argues his own case, not because he didn’t trust any lawyer… it was just that it’s difficult to find a lawyer in this country, who was willing to put God on trial. The proceedings begin, the lawyers are contemptuous, Priests are dismissive, kanji is earnest and persuasive. To everyone’s disbelief, the judge leans towards Kanji, after all it is the question of survival for an individual… he admits the case. This news too spreads like wildfire, and not everyone will take it lying low… an agitated crowd gathers outside the court premises, and upon sighting kanji emerging from the court, run to attack him… Kanji runs, with a mob following close on his heels.

Just as Kanji begins to lose ground, a man enters… riding majestic on his flaming bike, he swoops kanji off the road straight on his bike, and speeds off… the crowd is in no mood to admit defeat, they follow on cars and bikes of their own… a crazy chase follows… but kanji and the mysterious man emerge unscathed, much to Kanji’s astonishment. The man introduces himself… his name is Krishna Vasudev Yadav… the god?? No NO, it cant be!!!

What follows is a journey of epic proportions, of self realization and legal masterstrokes. The second hearing comes up and kanji is at his argumentative best. The lawyers and the priests alike are stumped and sometimes even embarrassed. They can only hide behind thin wall of religious edicts and god’s benevolence. But kanji is unstoppable. But as it had to, it finally comes down to proof… something, which kanji finds hard to supply. After all, how can anyone ever prove, that there exists a god. And if there does exist a god, that god is actively interested in the activities of this world and every living and non living entity in this world. Even if this supposed god is interested at all in what the people do, how does one prove that this god, took time out to single kanji out and destroy his shop…the proof is almost impossible to find.

For all it was worth, kanji had lost…or had he? 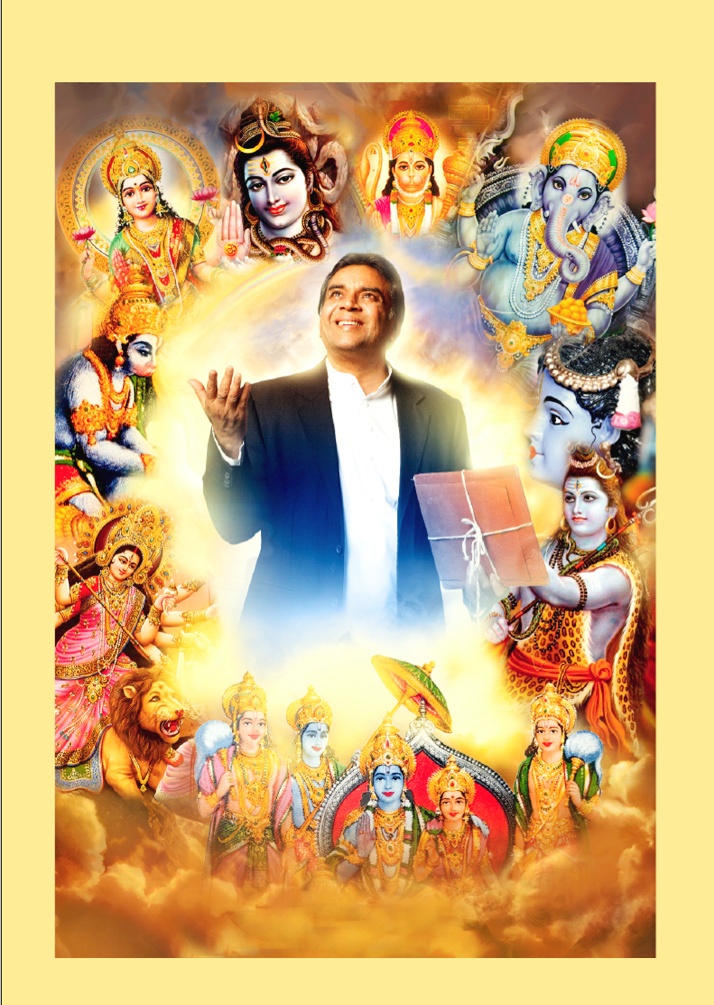 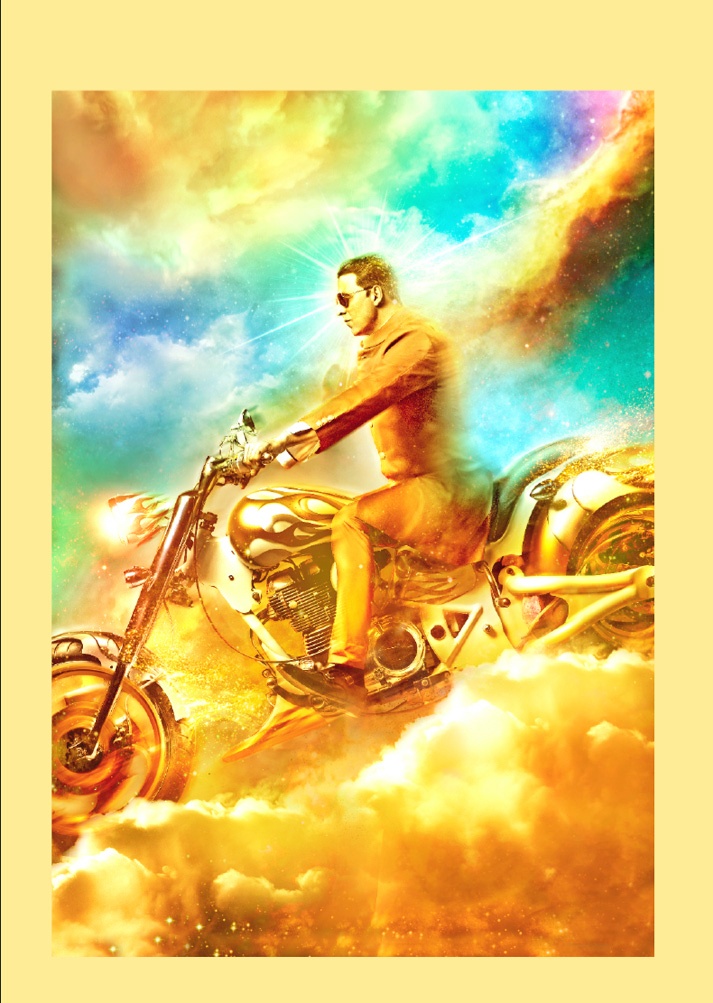