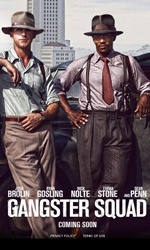 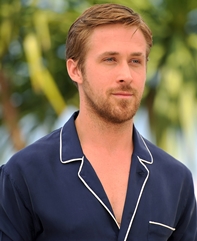 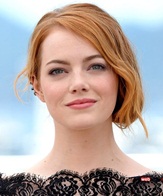 `Gangster Squad`: glossy, synthetic
Rating: **1/2
A drill drives through a victim`s skull, and when the blood splatters against the glass, the scene cuts to a raw hamburger patty hitting the fire of a backyard barbecue grill. That is only the beginning of blood and gore, and your are squirming already!

Inspired by a true story and based on a non-fiction book written by Paul Lieberman, Gangster Squad is a sleek, stylish but superficial mobster-cop film. It is a take on how a clandestine unit of Los Angeles Police Department supposedly crushed one of Los Angeles` powerful gangster in 1949 with strictly off-the-books tactics.

Set in sepia tone, the first few minutes of this noir film delves on how Los Angles has deteriorated. With the city`s police and politicians in his pocket, ruthless, power-crazy mafia don Mickey Cohen controls LA. The brutality carried out by him is also entertaining in a grim sort of way - locking up innocent girls fresh off the train and keeping them hooked on Mexican dope or burning his own goons alive in closed elevator shafts.

Attempting to stop this single-handedly, honest cop John O`Mara is tasked by the Chief of Police with recruiting an undercover, off-the-books team to destroy Cohen.

It appears to be a fool`s mission, with a series of violent raids on Cohen`s bars, clubs and casinos, the first of which plays like a slapstick farce. But the plan also guarantees a steady stream of adrenaline-pumping action.

Without a fine cast of actors, this would just be a high-gloss caper. The acting is uniformly first-rate, especially by Josh Brolin as the single-minded sergeant John O`Mara and Ryan Gosling as the narcissistic sergeant Jerry Wooters. Brolin holds steady as the man who seems to be carrying the world on his shoulders, though he is regularly upstaged by Gosling with a cool, off-handed approach, gradually fraying at the edges.

Sean Penn as Mickey Cohen is just downright scary with a heart-piercing, droopy-eyed stare. Unfortunately, the other characters are less convincingly portrayed. They have a lot of potential, but most of it goes untapped. Nevertheless, each actor gets a moment or two to shine.

There is something innocently naughty and flirtatious about Will Beall`s script of Gangster Squad. The story flirts from a hardcore gangster-crime film to the heart=-tugging emotional quotient of the squad. What tops the list is the sexual affair between Wooters and Mickey Cohen`s current mistress, Claire. Especially when Wooters saucily says, I like to play games, especially post office. But not like how kids play! It elicits a chuckle among the audience.

The best thing about Gangster Squad is how Ruben Fliescher got the trappings of the 1940s right. The coupes and sedans, the people, the Hollywood stucco, the band singers in neon-lit clubs and Mafioso bars - it is as good as it gets in the movies. The cinematographer has captured the era enigmatically.

On a separate note, the action set and the background score, is worth a mention.

But whilst the film is occasionally stylish and fun in a cartoonish way, the fact is that it has a few wrinkles. One of which is that; O`Mara`s pregnant wife is dead against him going after Cohen, fair enough, but then she is suddenly hand-picking the squad.

Watch the film for the stylish performances of the squad.