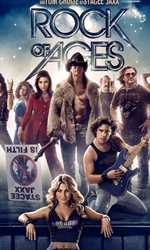 If you have been following the news lately, you`d have heard of Assistant Commissioner of Police Vasant Dhoble. The `dabangg` cop is wreaking havoc on Mumbai`s already depleting night life by landing unannounced at parties armed with hockey stick, camera or an entire police force.

Dhoble has an enemy now - "Rock of Ages" - that takes off from where his vigilantism begins to deliver the funniest rock film since "This Is Spinal Tap".

After his live music joint is threatened by moral police led by Patricia (Catherine Zeta-Jones), Dennis (Alec Baldwin) must find ways to save it.

Hope comes in the form of Stacee Jaxx (Tom Cruise), the popular rocker going solo, and his own waiter Drew (Diego Boneta) who is inspired by his singer girlfriend Sherrie (Julianne Hough) to have rock dreams of his own.

Things, however, will take a turn for the worse.

If one were to look at this as a simply Rock and Roll movie, one is bound to be disappointed. For one, the songs in the film are not at all rock and roll with generous dosage of pop, love ballads and a slight sprinkling of the blues.

However, look at the film as a farce, a satire on everything including rock and roll, and you`re on a hilarious ground hardly ever traversed so well after.

"This Is Spinal Tap" captured the imagination of the masses. In the true essence of a farcical comedy, this musical, based on a Broadway musical directed by Kristin Hanggi with a book by Chris D`Arienzo, mocks rock and roll and its icons and their self indulgence.

Thus Tom Cruise`s serious rocker act becomes a spoof on all rockers and their overindulgence in sex and alcohol and their hilarious sense of persecution when they were all along enjoying life.

The serious journalist from Rolling Stones magazine, who almost ends up having sex with an ageing rocker she seems to hate, is a spoof on all `serious` rock and roll journalists.

Its tacit message: Don`t burden music like rock and roll with too much of meaning. Enjoy it and forget it.

The film`s irreverence to the same things it seems to be valorising is its funniest gig.

Tom Cruise is a sheer delight. His slow, meanderingly paced act as the indulgent rocker, who cannot seem to stay in his senses, is simply stunning and different from anything he has done. Despite some good competition from others around, especially the perennially delightful Paul Giamatti, and the lovely Zeta Jones, Cruise cruises along brilliantly.

The film will be of particular interest to the generation that grew up listening to song of bands like Guns N` Roses, Def Leppard, Foreigner, Journey, Poison and Europe. The way some of their popular songs are used, misused and often mutilated, is simply delightful.

It is a film that ACP Vasant Dhoble must watch for it just might be the pill that will ease him up a bit. 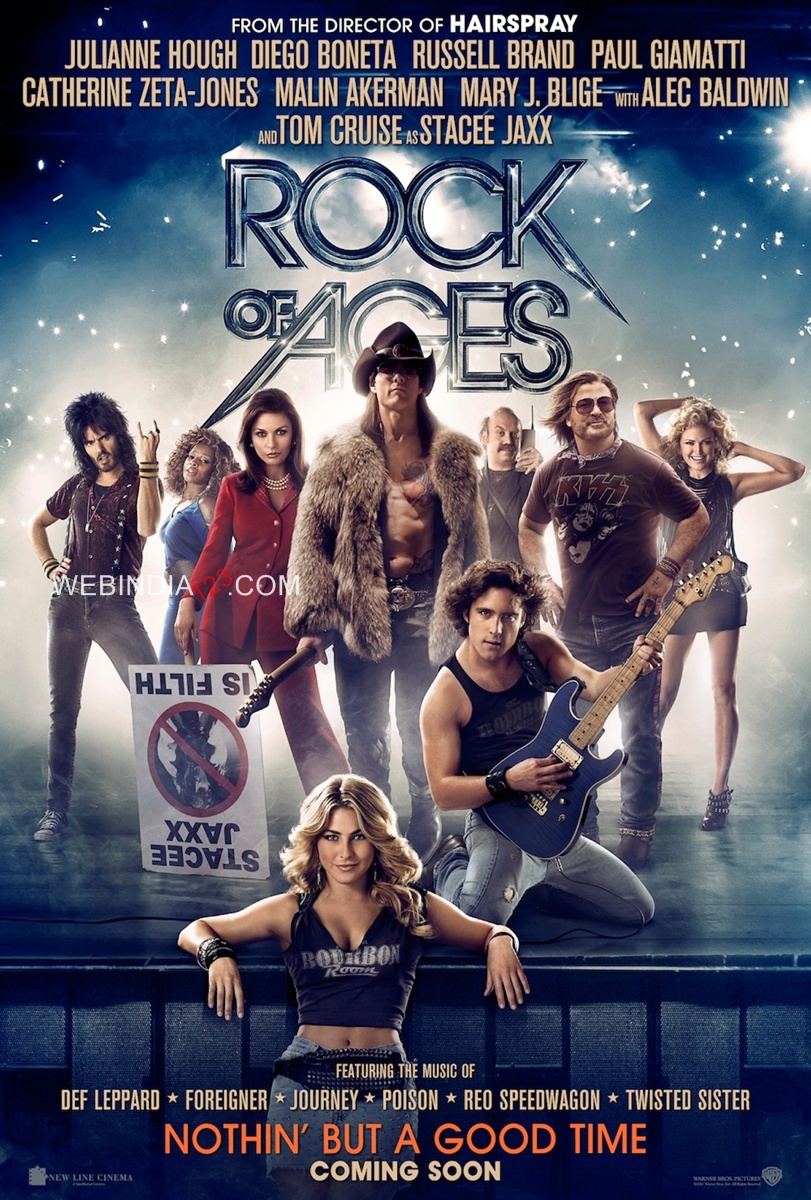