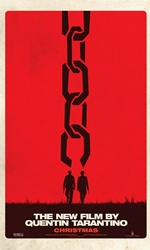 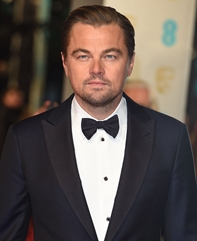 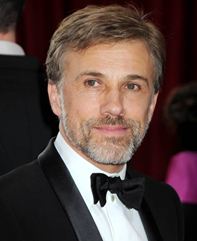 Close on the heels of "Lincoln", here is yet another film that deals with the subject of slavery in the US. With the unique blend of a western feel, Quentin Tarantino`s "Django Unchained" exposes the provocative perspective of the Blaxploitation genre to reinforce the eternal air of cruelty.

It is a tale of sacrifice and courage, friendship and love with slavery as the backdrop.

The story originates in 1858, two years before the civil war somewhere in Texas. The movie begins on a promising note with a night time confrontation between a wandering German dentist Dr. King Schultz (Christoph Waltz), in actuality, a seasoned bounty hunter, and some slave traders.

Dr.Schultz frees the slave Django (Jamie Foxx) in order to help him track down three brothers with a price on their heads. Django proves so useful in this quest that Schultz subsequently takes him on as a partner and promises, once the winter is over, to help Django find his wife Brunhilda (Kerry Washington), who has been sold to one Calvin Candie (Leonardo DiCaprio), a notoriously brutal plantation owner.

Together, the bounty hunter and his assistant journey to Candyland, in Mississippi to meet Calvin, where they pose as traders so that they could gain entry and rescue the girl.

Yes, en-route, there are few amusing scenes with disturbing violence and over-the-top gore.

The two hour forty six minute saga is lengthy, but packed with memorable scenes. It`s got western scenery on a grand scale and scenes of madcap comedy involving inept members of the Ku Klux Klan. It`s got veritable springs, sprays and gushes of blood, an ocean of fake gore even by Tarantino`s standards.

Inspired from various sources including Sergio Corbucci`s 1966 film "Django", a few scenes remind you; of the slavery-revenge melodrama that one witnessed in "The Legend of Niger Charlie" (1972) and "Boss Niger" (1975) and of western cowboy action films that starred Clint Eastwood.

Despite this, Tarantino has skillfully crafted the film with wonderfully taut witty dialogues and the indulgence of his actors. Christoph Waltz as Dr. King Schultz steals the show with the agility of his mind, speech and actions. Matching him in style and perfection is Samuel Jackson as Steven, the more-than trusted house slave of Calvin.

Jamie Foxx is near-perfect as Django. He`s got the muscular presence required to portray a man who`s been exploited for his strength. He is also nimble with understated comedic timing to the buddy-flick aspects of the tale. Bad guy, Leonardo, a pretentious fool, as the master of Candyland is loathsome, whereas Kerry Washington as Brunhilda, the German-speaking slave is endearing.

The visual compositions of "Django Unchained" are brilliant. Be it the long shots capturing the scenic beauty of the locales or mid-shots of the characters with either pan or tilt in day or night lights, the camera work by cinematographer Robert Richardson gives a charisma to the film that makes it distinctively Tarantino`s.

The soundtrack, which includes the likes of Ennio Morricone and Jim Croce, is fabulous.

"Django Unchained" is Tarantino`s most comprehensive movie yet. It is also his most vital. His storytelling talents match the heft of the tale. Much like his previous movie, "Inglourious Basterds", this film offers viewers a space to work through some serious pay-back fantasies.

Set in the South two years before the Civil War, DJANGO UNCHAINED stars Academy Award®-winner Jamie Foxx as Django, a slave whose brutal history with his former owners lands him face-to-face with German-born bounty hunter Dr. King Schultz (Academy Award®-winner Christoph Waltz).  Schultz is on the trail of the murderous Brittle brothers, and only Django can lead him to his bounty  The unorthodox Schultz acquires Django with a promise to free him upon the capture of the Brittles – dead or alive.

Success leads Schultz to free Django, though the two men choose not to go their separate ways.  Instead, Schultz seeks out the South’s most wanted criminals with Django by his side.  Honing vital hunting skills, Django remains focused on one goal: finding and rescuing Broomhilda (Kerry Washington), the wife he lost to the slave trade long ago.

Django and Schultz’s search ultimately leads them to Calvin Candie (Academy Award®-nominee Leonardo DiCaprio), the proprietor of “Candyland,” an infamous plantation where slaves are groomed by trainer Ace Woody (Kurt Russell) to battle each other for sport.  Exploring the compound under false pretenses, Django and Schultz arouse the suspicion of Stephen (Academy Award®-nominee Samuel L. Jackson), Candie’s trusted house slave.  Their moves are marked, and a treacherous organization closes in on them.  If Django and Schultz are to escape with Broomhilda, they must choose between independence and solidarity, between sacrifice and survival…

Written and directed by Academy Award®-winner Quentin Tarantino, DJANGO UNCHAINED is produced by Stacey Sher, Pilar Savone and Reginald Hudlin.  The executive producers are Harvey and Bob Weinstein, Michael Shamberg, Shannon McIntosh, and James Skotchdopole.  DJANGO UNCHAINED will be released in the U.S. on December 25, 2012, and internationally by Sony Pictures Releasing International. 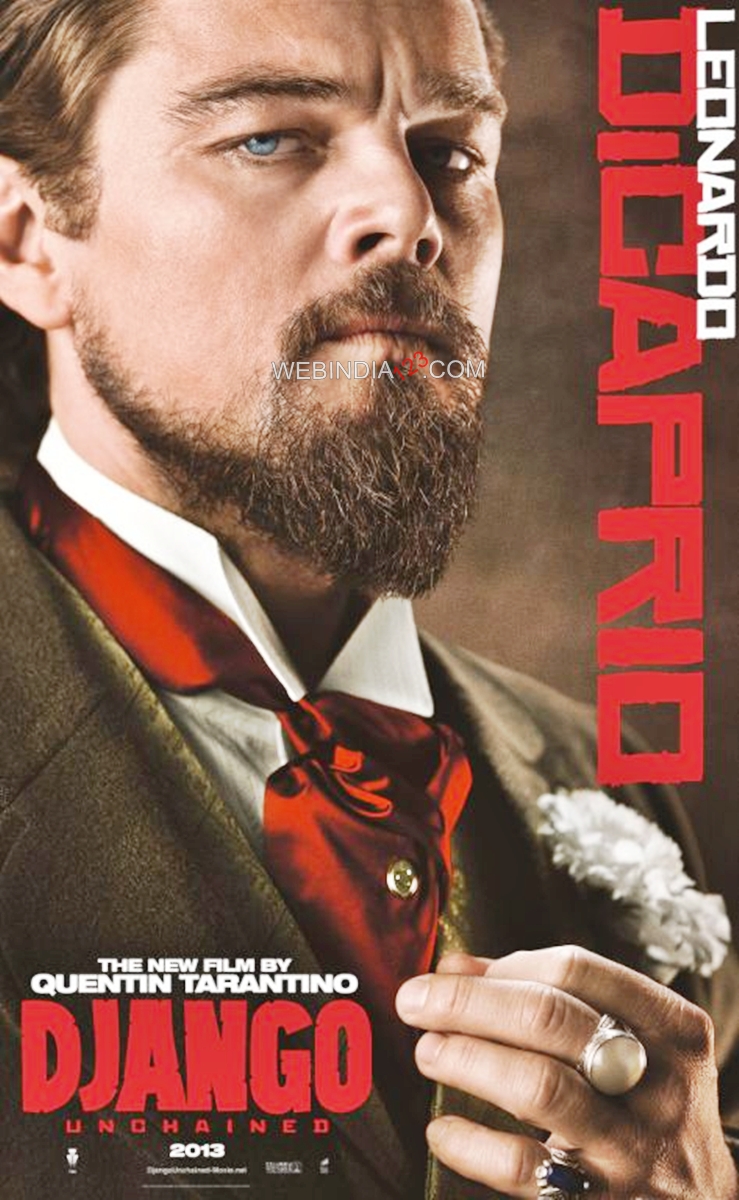 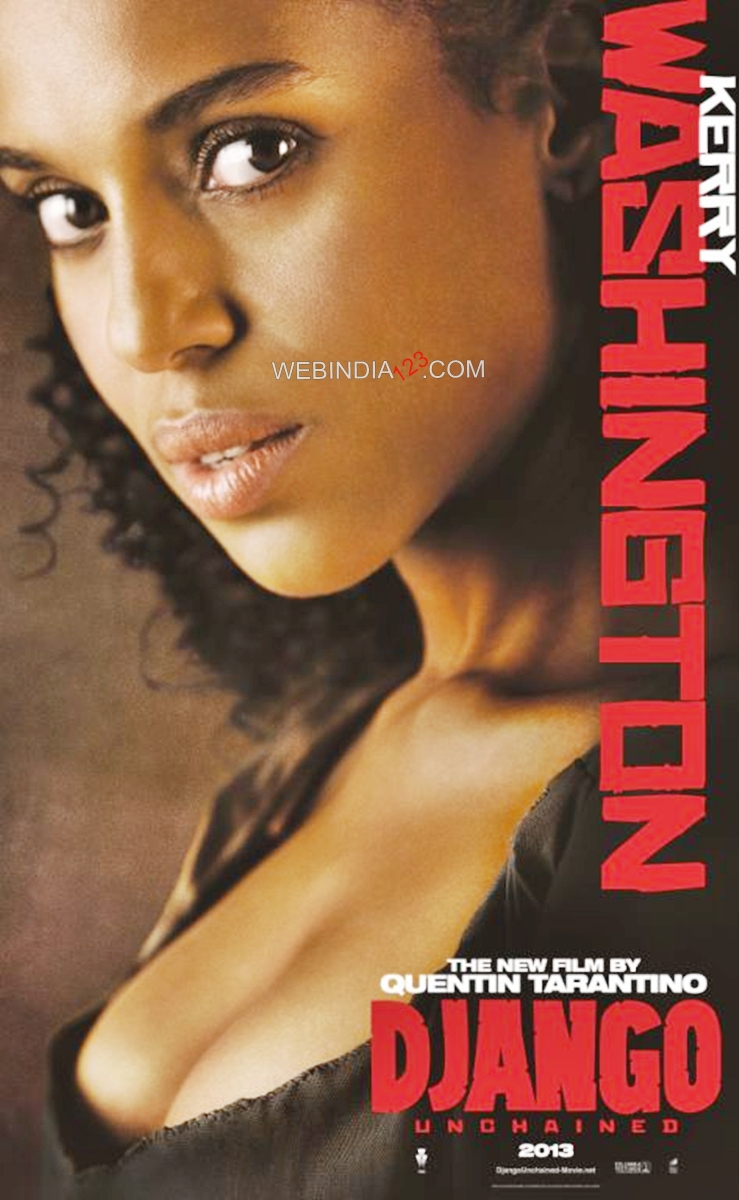 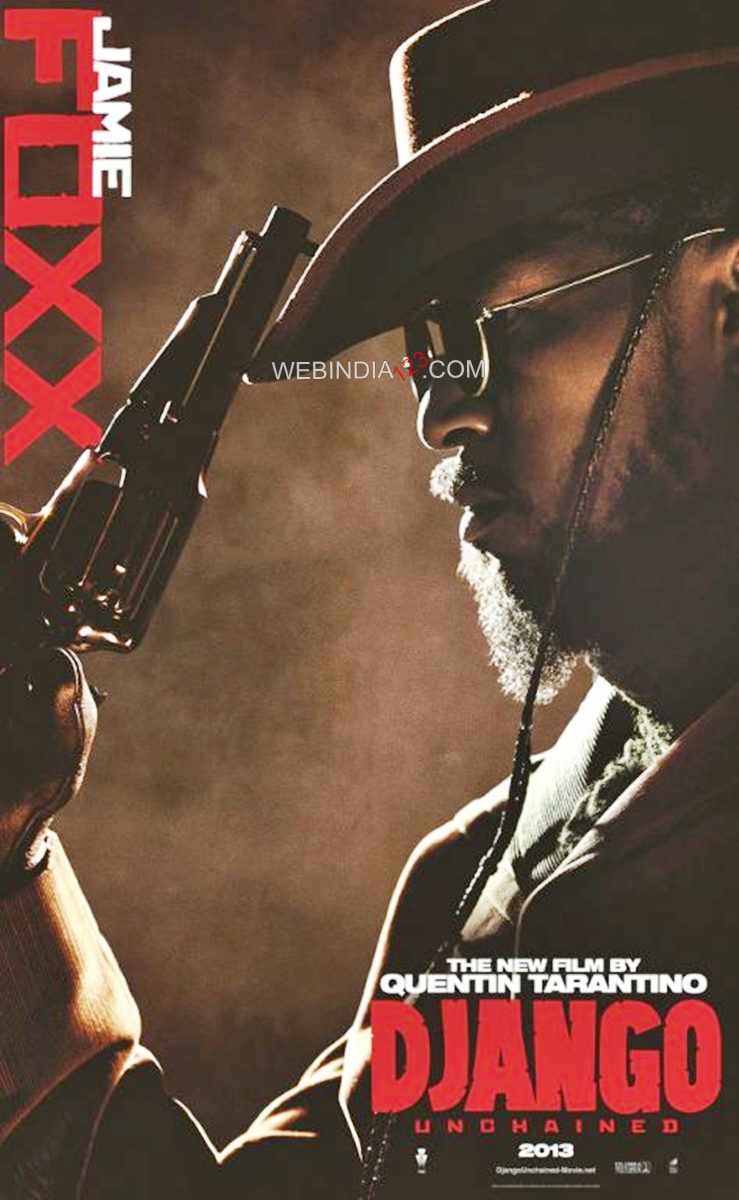 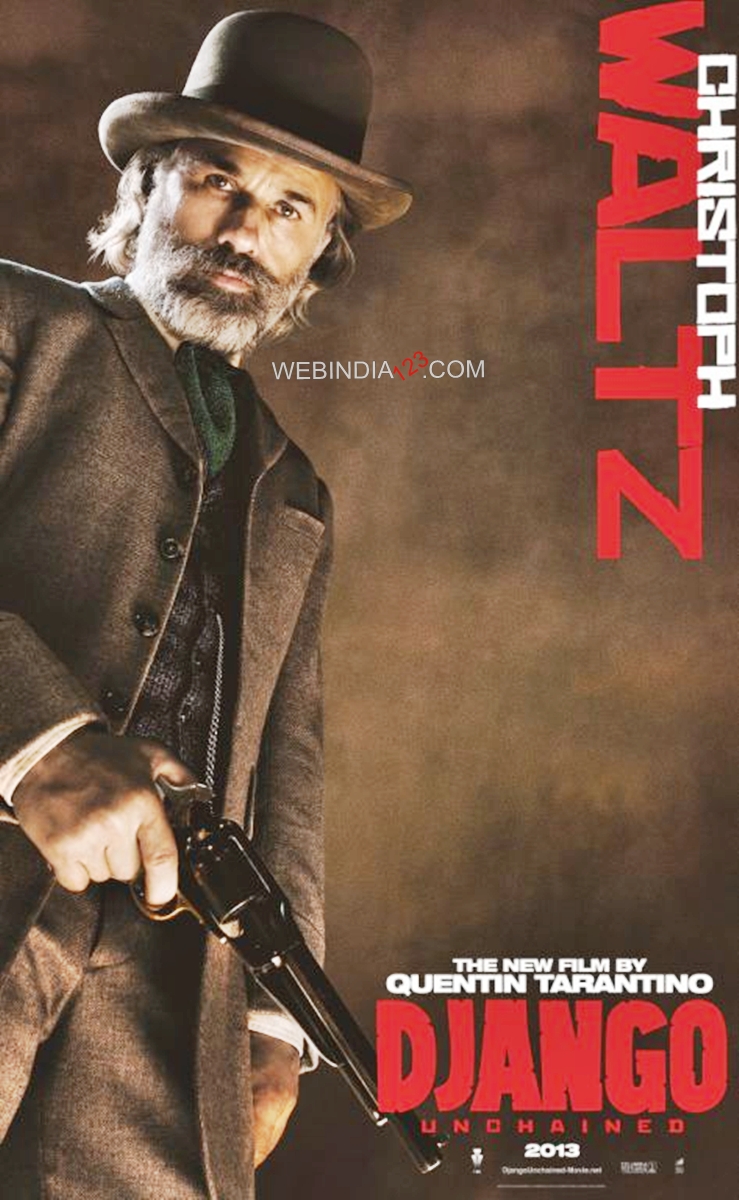 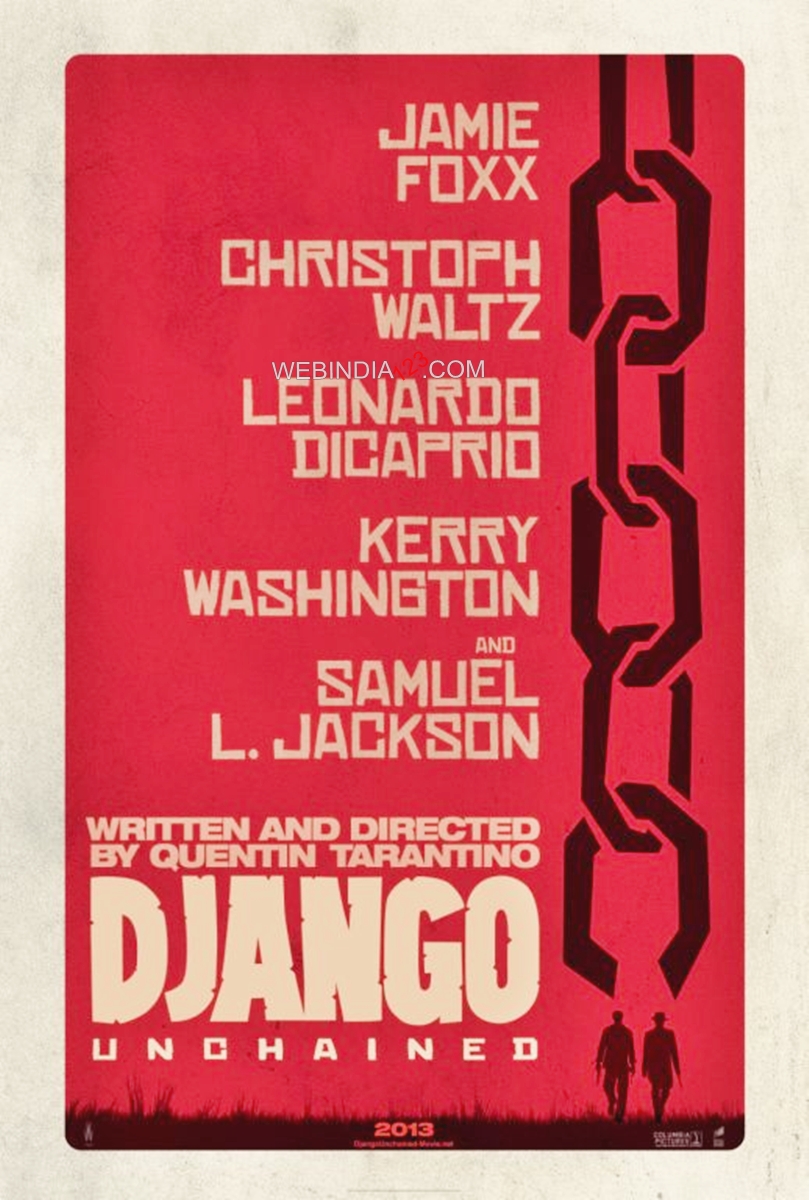 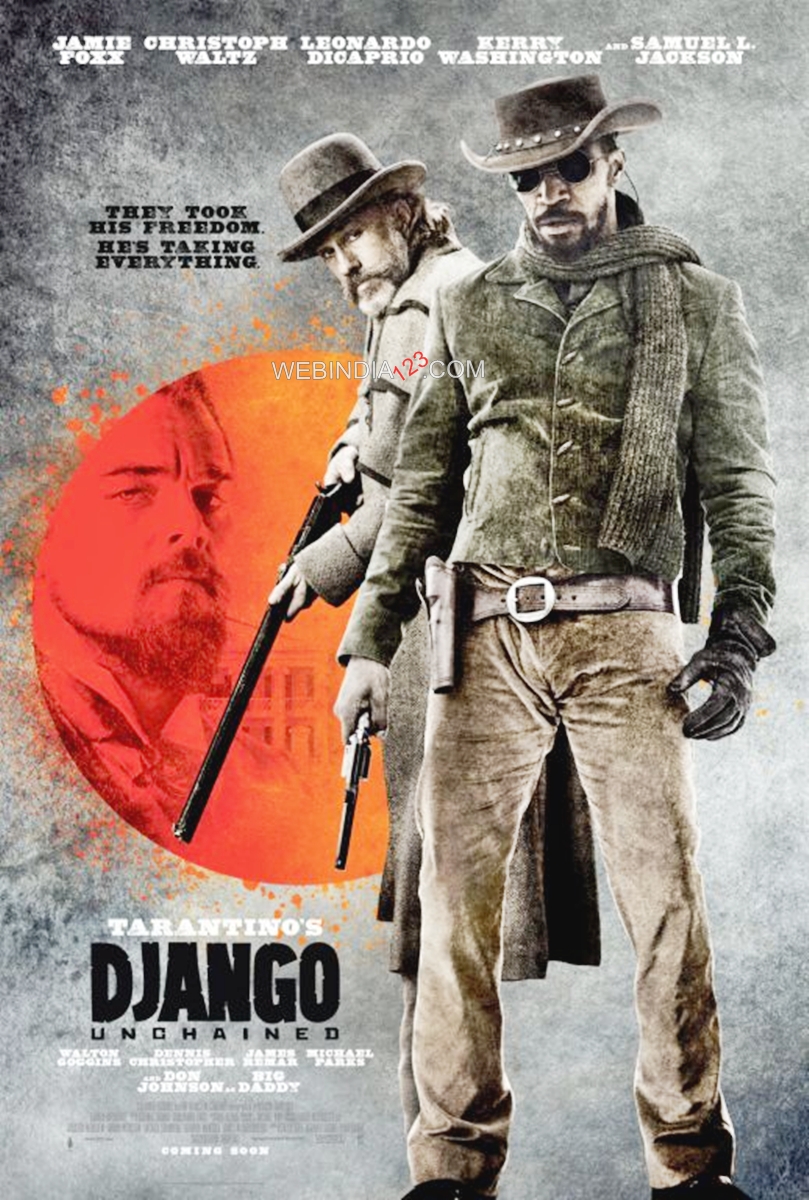 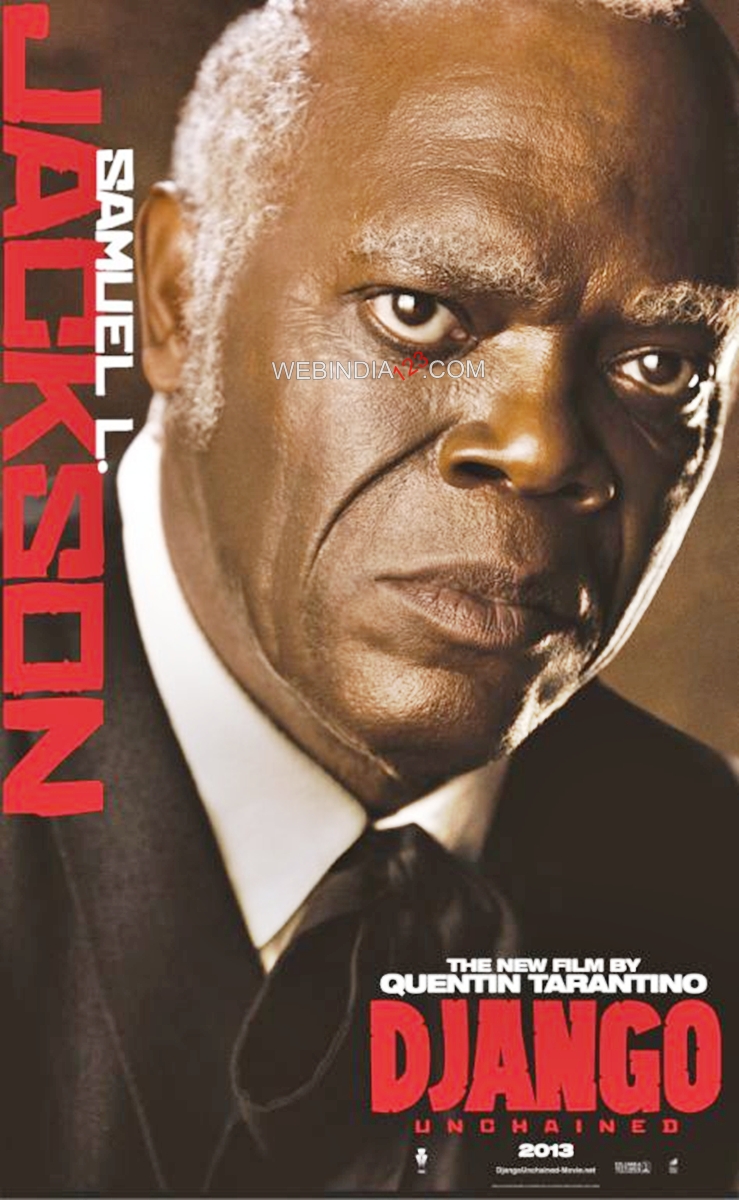