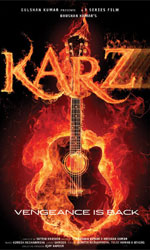 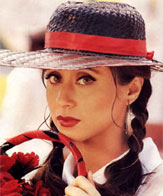 `Karzzz` a kitschy homage to a far superior film (IANS Hindi Film Review - Rating: *1/2)
Rating: * ½
This is Indiana Jones and The Temple Of Dhoom. Creating dhoom in motions of staged frenzy is Himesh Reshammiya without his trademark cap but with so much hair you wonder if it`s there to tear after you go through two-and-a-half hours of drama and hysteria in Karzzz.

Our Indiana Jones is Urmila Matondkar reprising Simi Garewal`s villainous gold-digger`s act with a vengeance. She not only creates dhoom, she also crashes into a temple of doom (literally) before being declared dead by the script. RIP.

Yup, now we know what the blurbs meant by Vengeance is back.

Many of Urmila`s chic gowns capture her in backless splendour. Whether matching steps with the rock star or pulling out all stops to mow her reborn lover-boy (Dino Morea turns into Himesh after the first 15 minutes) down with her zooming airplane (it was just a car in the original for poor Simi). Urmila is mean and seductive, in kill-kill measures.

But we don`t see much chemistry off the dance floor between Himeshbhai and sexy Urmila.

Is anyone really bothered with the telling of the story? And honestly, was the original Karz anything but a kitschy compendium of montages motivated by the theme of reincarnation?

If Rishi Kapoor did Monty, Himesh does full Monty. Between the two Montys is a molehill masquerading as a big pot-boiler.

This reincarnation of the blockbuster on reincarnation is a bit of a contradiction in terms. On one hand it`s high on production values, generating what one would call a cinematic adrenaline that takes audiences into the an exotic embrace. Every stage performance by the rock star is accompanied by a bevy of international backup dancers(mostly female) who prop up Himesh`s set pieces and complement his energy level.

On the other hand, the drama is distilled by an absence of inner-drawn energy. As an actor Himesh has his limitations which come bubbling to the surface in the long monologues about punar janam, present tense and past mostly imperfect.

Rishi, where art thou?

To his credit, Himesh takes you beyond the performance. He has a disarming simplicity bordering on naivete to back up his claims to stardom. The actor is honest. But he connects with his audience. And the man playing the character is aware he isn`t trying to achieve an award-winning level in his performance.

Having got that in place, Himesh just has a ball. His enjoyment in the songs and dances is sometimes contagious, sometime amusing, never dull, never exasperating.

As for the narrative, it doesn`t seem to believe in an updated progress report. Like a recalling of a past life Satish Kaushik`s seems frozen in the 1970s. The contemporised props and locations hardly help wipe out the feeling of watching a film that belongs to another time zone, far beyond the theme of reincarnation.

The big confrontation sequence where Kamini (Urmila) breaks down and confesses to having killed Monty the rock star is staged in a sprawling set representing the outer flank of a mansion.

What lies beyond the exterior? Who cares?

If you treat Karzzz as an ongoing Chitrahaar of Himesh`s songs strung together by a bristling bead of sweaty players you just might end up enjoying this kitschy homage to a potboiler that boasted of great songs and a wonderful central performance.

Himesh Reshammiya aims for the same. No harm in being ambitious.

Set amidst the majestic and breathtaking locales of South Africa, Karzz is a remake of the 1980 Subhash Ghai hit Karz.

Rockstar Monty (Himesh Reshmiya) is based in Cape Town, South Africa, but is phenomenally popular all over the world. Mont`s an orphan, but shrewd businessman oberoi (Raj Babbar) and his wife (Himani Shivpuri) have taken him under their wing. Not but to exploit Monty`s talents for their own selfish gain.

At party he meets Tina (Shewta Kumar) and it`s love at first sight for both of them, but Tina has to return to Keniya, Where she lives. During one of his rehearsals Monty starts playing a tune and suddenly goes into a trance as he gets intense visual flashes- a mansion, temple, a beautiful girl....Monty falls down unconscious.

His doctor friend Dayal (Bakhtyr Irani) is worried and gets a psychiatrist to examine him. They realise that Monty`s flashbacks are triggered whenever he plays that familiar tune. The psychiatrist advises Monty to take a vacation. Monty picks Kenya to take a break.... He meets Tina again and their love blossoms with her uncle Kabira`s (Danny Denzongpa) blessings.

As Monty travels around kenya, he feels a sense of `deja` vu...as if he`s been here  before. Monty sees the same mansion and finds out that it belonged to Ravi verma, who died in a tragic accident, soon after his wedding. Driving through a vineyard he hears the same tune that`s been haunting him and suddenly everything comes back... he was Ravi verma in his previous life and the beautiful girl was Kamini, the love of his life.... his wife! Even as Monty grapples with this realisation, he has to confront an even bigger problem - Kamini, the love of his previous life is Tina`s guardian and he, Monty is engaged to Tina!

At a party, Monty and princess Kamini, as she`s known now, finally come face to face. Kamini, although much older than Monty, takes a sudden fancy to him. Monty, too cannot resist her charms. Thus begins a clandestine affair between them.....

And thus begins Monty`s journey - to extract revenge for a murder that happened a lifetime ago... to reunite a family that was separated.... to pay back Kamini and her evil accomplice Sir Juda(Gulshan Grover)....and to repay the debt which he owes his mother and sister... in his new life, with his new face, will Monty be able to extract revenge for his own murder? 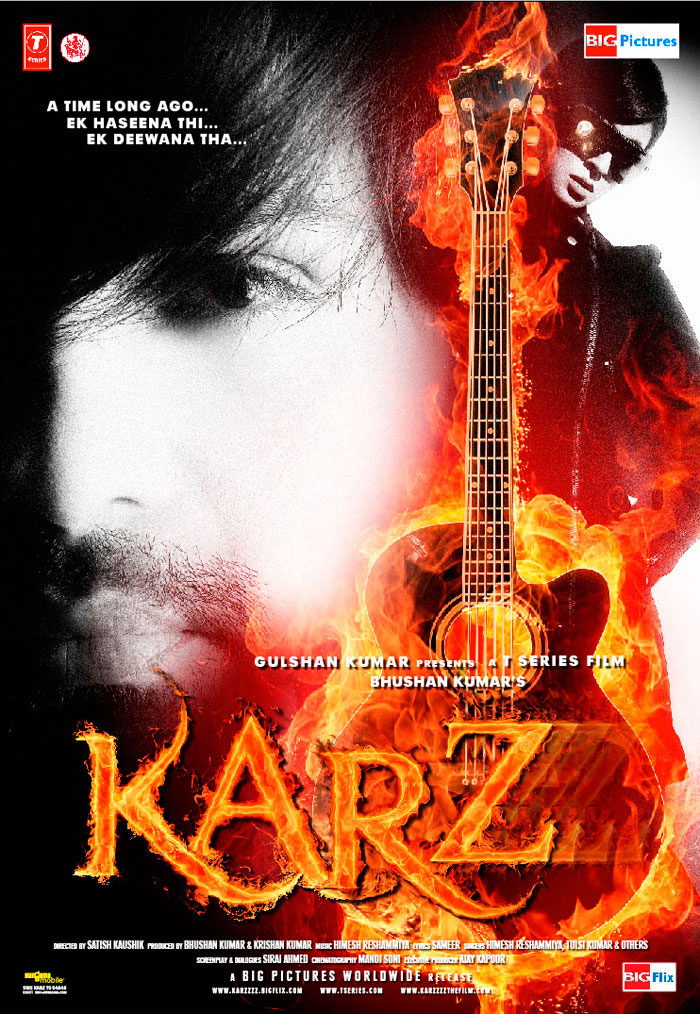 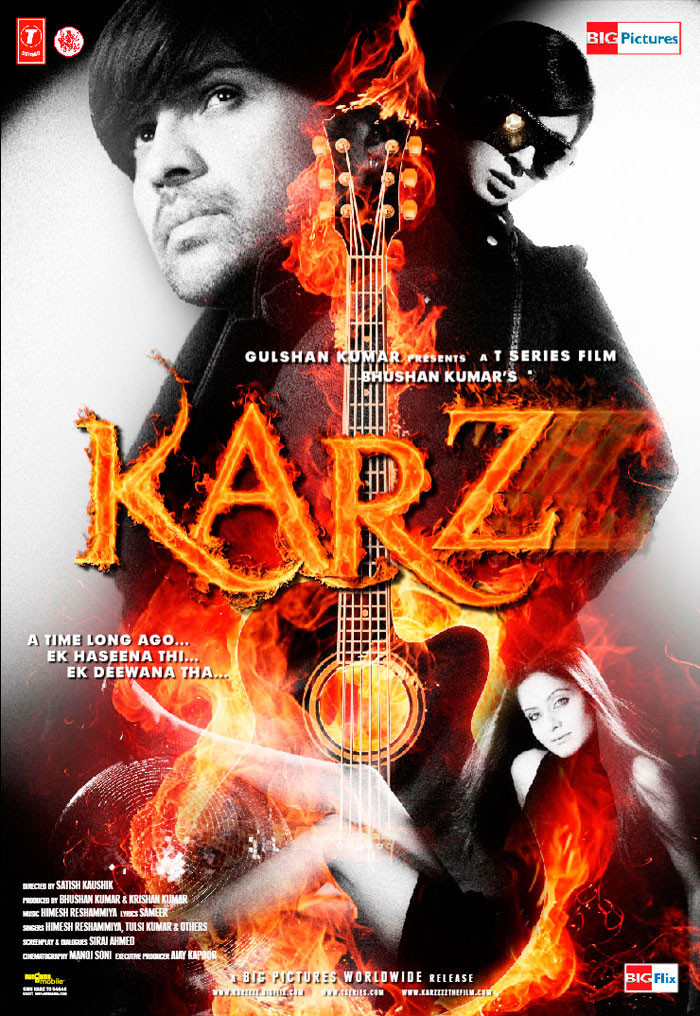 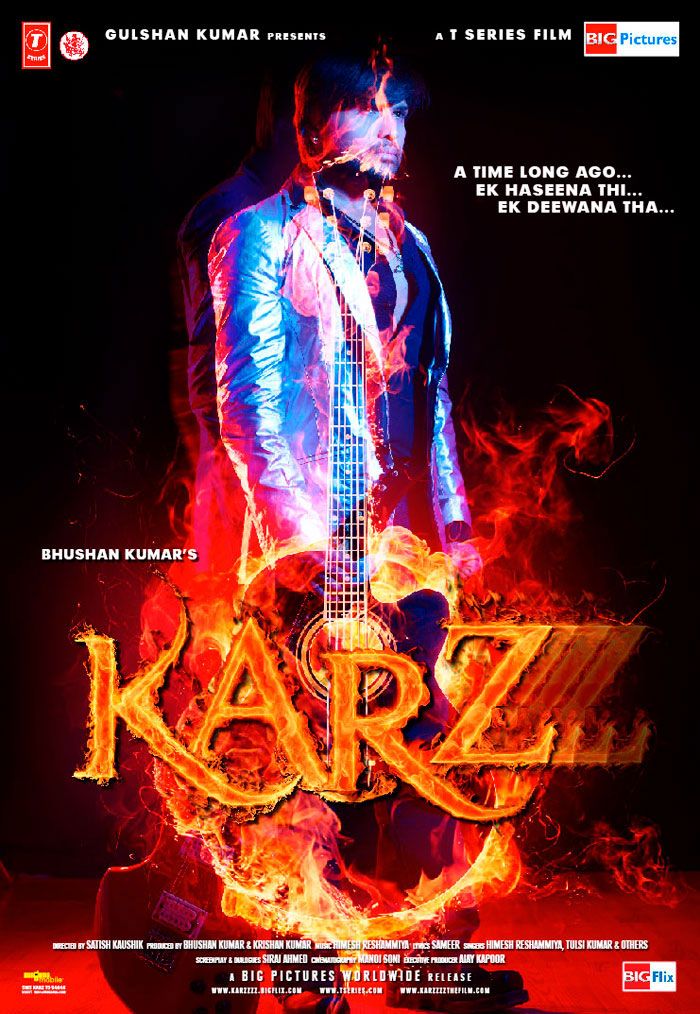 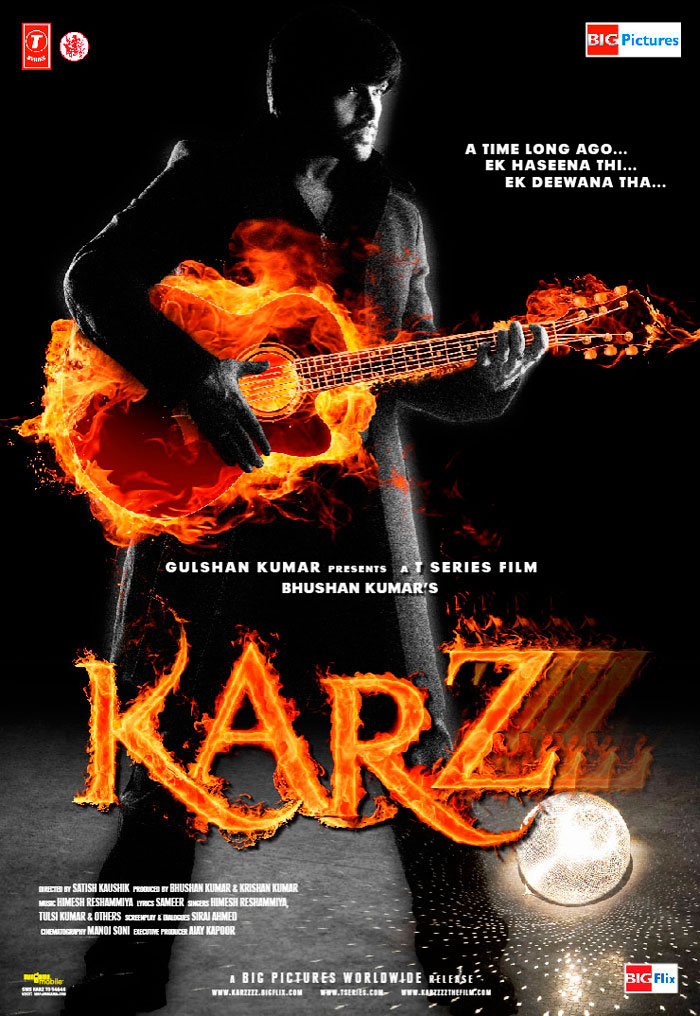 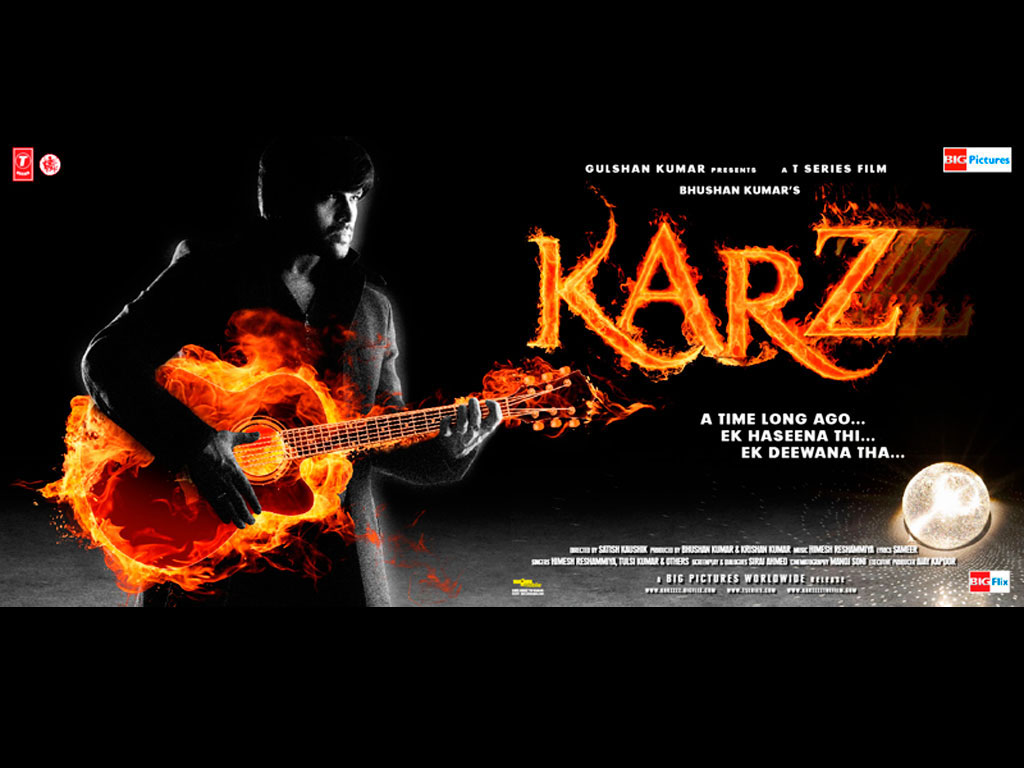 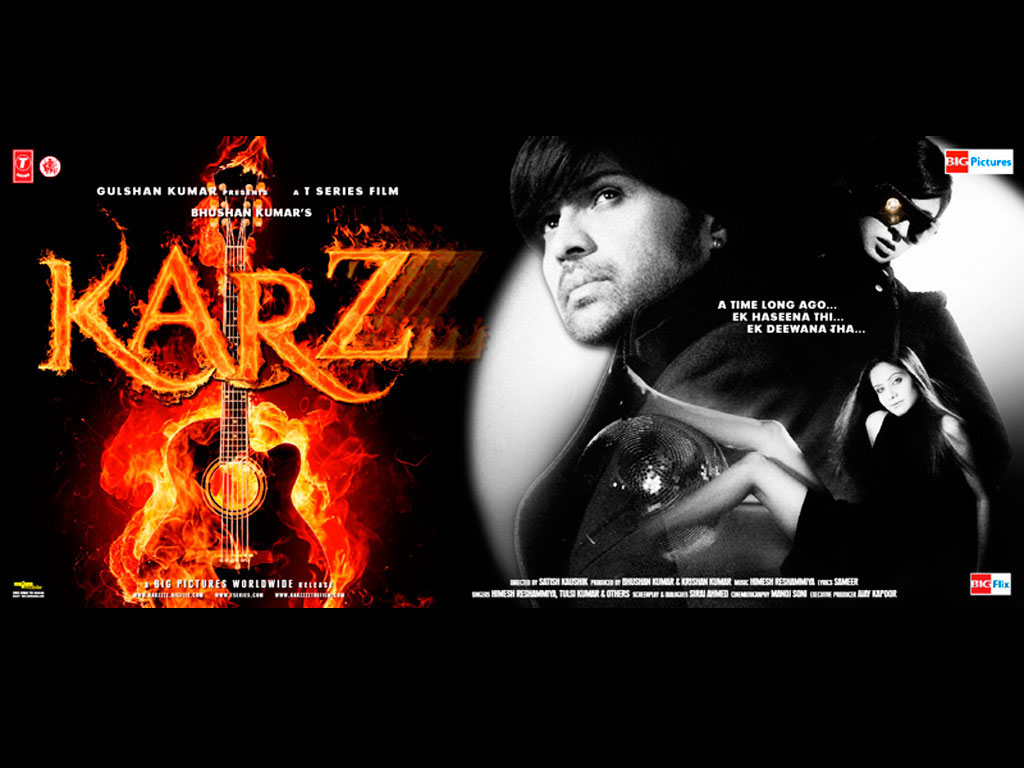