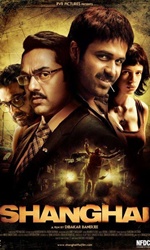 Watching Shanghai is revisiting your daily local newspaper, full of scams, conspiracies and crime stories. In short, the film is a slice of today`s India.

Adapted from Z, a 1966 novel by Vassilis Vassilikos, Dibakar Banerjeer brilliantly exposes the reality behind the irony of India Shining.

He opposes the transformation of the shanty town into a zany township, a la Shanghai. But he is murdered by the opposition who try to pass off his death as an accident.

While the film grips you, it`s the system that gets to you.

Why did you do commit the murder, when you knew it is wrong, Shalini asks the murderer.

There is a simplistic nature to the narrative and archetype.

The performance of every character is realistic and matter-of-fact. Emraan impresses with his rustic portrayal, quite different from his usual flamboyant characters. Abhay Deol, as the IAS Officer, bowls over the audience with his grit and, of course, unmistakable Tamil accent. Kalki slips effortlessly into the character, yet again, revealing her versatility.

However, what you take home is not the memories of a character well-performed, but the story.

The film is frighteningly true.

The strength of Shanghai is its tight screenplay by Urmi Juvekar and Dibakar Banerjee and the meticulous details leave no scope for arguments.

What adds to the flavour is excellent cinematography by Nikos Andritsakis and the marvellous use of sound, both ambient and otherwise, to build up the tension in the political drama.

The controversial song Bharat Mata Ki Jai and the item number Imported Kamariyaa are well-picturised and the latter is on the way to become the next favourite numbers at all `basti` celebrations.

Despite its simplistic and down-to-earth locations, Shanghai has a nice hard-boiled vibe and a sense of semi-exotic danger. Definitely gives you a lot to ponder about.

Don`t miss this one.

We need to keep dialogue around feminism going: Kalki Koechlin

Actress Kalki Koechlin feels it is great to have a conversation about equality in the industry, and says it is important to keep the discussion going. Read More

A small town somewhere in India is poised to become the next Shanghai. Billions of dollars are being poured into an upcoming International Business Park.

On the eve of its launch a drunk truck driver mows down a prominent social activist.

Shanghai, a political thriller, follows the journey of these unlikely heroes as they come together to find justice in the labyrinth of Indian democracy. 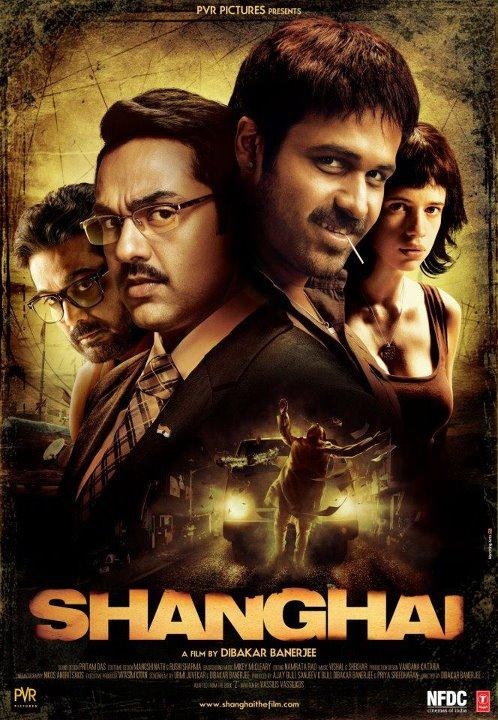