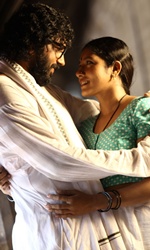 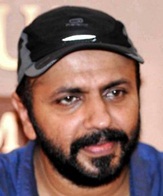 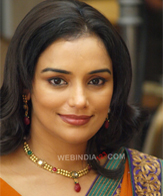 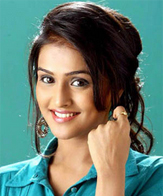 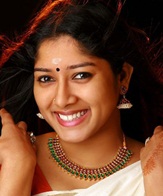 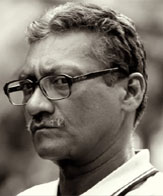 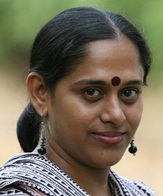 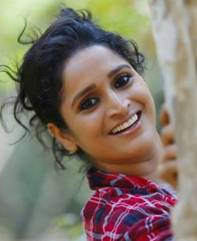 Ivan meghroopan is conceived as the eventful life journey of poet K P Madhavan Nair, a character drawn from the lifestory of the great Malayalam poet P Kunjhiraman Nair. Madhavan Nair hails from a landed aristocratic family of North Malabar. His poetic leanings were on display at a young age, when he took to his wandering ways to satiate an intense inner hunger in search of his muse - his poetic deity. Janaki, his cousin and prospective life partner, is left behind and he lives in with Saraswati, a petite village belle, who is also a poetess on her own right.

Things fall into routine and the poetry within Saraswati slowly withers away as she finds solace in her role as wife and mother. Madhavan Nair`s deep jealousy over her poetic skills can be seen in the scheming ways through which he prevents her works from being published. She slides into the complacency of solely being the poet`s companion. Even thogh he is riddled with remorse over his actions, that intense quest for the muse resurfaces within Madhavan Nair ; just as the intellectual stimulation from his relationship with Saraswati dies down... He leaves his family behind and starts on his journey once again.

His travel takes him to the banks of the Nila, the river of romance that has fed the imagination of a host of Malayalam writers. There he meets Ammini, the beautiful daughter of an acccquaintance. This young music teacher strikes up novel melodies on the tender chords of his heart. This was no more a mere dwelling place for Madhavan Nair, but a season for his poetry to bloom. As Ammini`s parents fix up her wedding with him, Madhavan Nair travels to Thrissur to complete a writing contract with his publisher. Given the task of doing an anthlogy of folk songs, he moves deep into the countryside and comes across folk singer Thankamani, a rustic beauty whose appearance itself is as mellifluous as her song. Their mutual chemistry is bewitching. Madhavan Nair marries her and frees her from the clutches of an abusive step father, taking her to the freedom of her ancestral home.

The passionate intensity with which he offers his experiences to his poetic deity often insulates the poets from the mundane realities of the practical world. He is filled with guilt when he realises how he has totally forgotten his promise to marry Ammini. His anguish can be quenched only by his writings and the poet lies sprawled on the banks of Nila, writing in the sands and crying out as a hungry child for the written word. the film moves on to examine the intricate weave of his relationships with many women in life