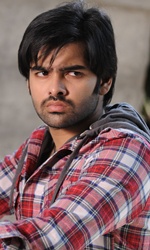 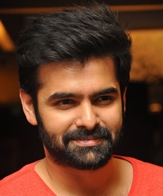 Like any other Telugu film these days, Kandireega has a predictable story line with some twists at regular intervals and some doses of slapstick comedy.

With good visuals and good quality songs, the ordinary film can look interesting if it has an actor who looks convincing in the role. Kandireega, directed by debutant Santhosh Sreenivas, does not boast of an unusual plot, but young actor Ram is simply energy personified. He makes some small dance movements appealing by his style and fights like a man who is possessed.

But for Ram, Kandireega could be just a washout. Even in the present form, it looks like a poor copy of Ram`s earlier super hit film Ready. Like Ready, there are lots of confusion elements in the film which make the audiences laugh. Some sequences like kidnapping of the heroine from a marriage hall and the confusion that follows thereafter are neatly packaged.

But there are too many flaws in the film. Lot of sequences look artificial and unconvincing. Some situations are written only to make the audience laugh, but have no bearing on the film`s story.

The story moves only in the second half, which has quite a few twists and turns. Even though the second half looks predictable, the visualisation and fight scenes entertain. But the first half has lot of funny moments and is more appealing.

Ram plays Seenu, an undergraduate who is rejected by his lover on the ground that he is uneducated. A distraught Seenu comes to Hyderabad from his native Ankapalle to study. Here he meets Shruthi and falls in love with her. But an underworld don called Bhavani also wants to marry Shruthi and his aides keep an eye on her.

While Seenu continues to woo Shruthi, Bhavani puts all brakes on him. Then Shruthi is kidnapped by a heavyweight whose daughter is simply in awe of Seenu.

Seenu goes out to rescue Shruthi, but now it is Aksha`s turn to woo him. How Seenu tries to unite with Shruthi forms the rest of the story.

Ram is hyperactive in his role. He is too good in dances and fights.

Hansika has put on a little weight these days. Aksha has too little space to show her acting skills. Sonu Sood is an apt selection for the role.

Experienced comedy actors seen in the film show why they are so special for Telugu filmmakers. Thaman`s music has become too predictable, but the songs are loved because of Ram`s high voltage dance. Prasad`s visuals are impressive.

Don`t look for any logic, but enjoy it nevertheless. That should be your motto if you want to have a dekko of this fantastic nonsense.