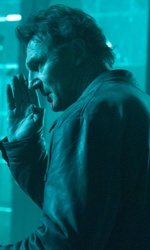 Though there are indeed not many unknown things about this film - the audience has not lost their memory enough to forget either `Total Recall` or the Bourne series - yet one man brings in a quite rectitude and gravity to his performance, lifting an otherwise predictable and average film. The man is Liam Neeson, who somehow seems unable to make a cinematic mistake.

After an accident in Berlin, American biophysicist Martin Harris (Liam Neeson) wakes up after four days in coma to find that another man (Aidan Quinn), claiming to be him, has taken his job and his wife (January Jones).

Even as he struggles to prove his identity, his life is threatened by a man determined to get him. Who are these people and who really is he?

To be fair, "Unknown" is a sharp, believable thriller. However, at the surface, there`s not one original strand in the film.

And if you look deeper, you`ll find the same concepts, ideas, notions, plotlines, subplots... almost everything has not only been handled before, but handled in exactly the same way.

Hence it is surprising that the film is based on a book. If the book is anywhere close to the film, it would be one most heavily inspired by cinema. For it to be made into a film again, completes a strange circle.

Despite this, decent direction and Liam Neeson`s anguished performance of a man in search of his identity, raises the film from its mediocrity. And it is not the first time that Neeson has ventured into the action genre with success.

Though his "Taken" was much better, it is only with an implausible plot like this one where not much else makes sense that the importance of a good performance stands out.

Though this is not an intended analogy of this or films in the same memory-loss genre, the metaphor can be looked upon as man`s eternal search and quest for his own identity, and of his place in the world.

And despite nothing else, it`s a worthy watch for someone who wants to jog ones memory of a very known plot.