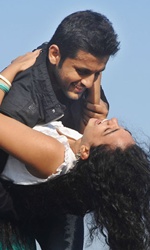 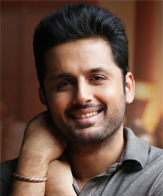 Telugu actor Nitin shot to fame with Teja directed Jayam and thanks to the success of the film he was touted as the next superstar in the making. But his choice of bad films with routine stories and ordinary directors has pushed him out of the star race.

But he returns to the reckoning with well-tuned romantic movie Ishq, made with good technical values and superb performances by the lead pair.

Director Vikram Kumar, who had directed R. Madhavan starrer Hindi thriller 13 B, has written a good screenplay, which is fresh and contemporary.

The director has also been able to capitalise on cinematography by roping in best-known cameraman P.C. Sriram. Anoop-Arvind`s music is another plus point.

Kumar has tried to present Nitin differently and the actor shows lot of maturity in his portrayal. Even the conflict point in the story is used effectively.

Romantic sequences involving the two leading artists are well picturised. The first half is breezy and engaging. Though the second half is little inconsistent, the director gets a grip on the story towards the climax, which is interesting.

Of course, the film has loopholes - characterisation of Ajay, who plays heroine`s brother, is confusing. Second half has illogical sequences.

But the flaws notwithstanding, Ishq is a winning film and it will attract all sections of the viewers.

Rahul meets Priya on his way to airport and it is love at first sight for them. After some interesting sequences, they come together and love blossoms between them. But there is one sour point. Vidya`s brother with whom Rahul had a tusssle.

Nitin proves to be a competent actor who can carry any role decently. Even in the looks department, he scores well and shows a lot of maturity in his performance.

Nitya Menon takes over from where she had left in Ala Modalaindi to prove again that she is the most talented actress. The lead actors share a good chemistry on screen.

Ajay renders justice to his role. Ali adds up to the comedy quotient. Sindhu Tholani, Nagineedu, Sathya Krishna are apt choices for their respective roles.

Sriram`s brilliant camera work and Anoop-Arvind`s soothing music make the film a must watch. The dialogues are crisp and humorous most of the times.

Nitin makes a comeback through Ishq, which is a feel good romantic film.

Working with PC Sreeram is my good fortune: Tamannaah

Actress Tamannaah Bhatia on Wednesday said she considers it her good fortune to be working with ace lensman PC Sreeram, known for his work in films such as "Ok Kanmani" and "Shamitabh", for an upcoming yet-untitled Telugu film.Read More

Ace cinematographer P.C. Sreeram, best known for his work in films such as "Cheeni Kum" and "Ki and Ka", has signed a yet-untitled Telugu romantic drama starring Kalyanram in the lead after a gap of five years.Read More 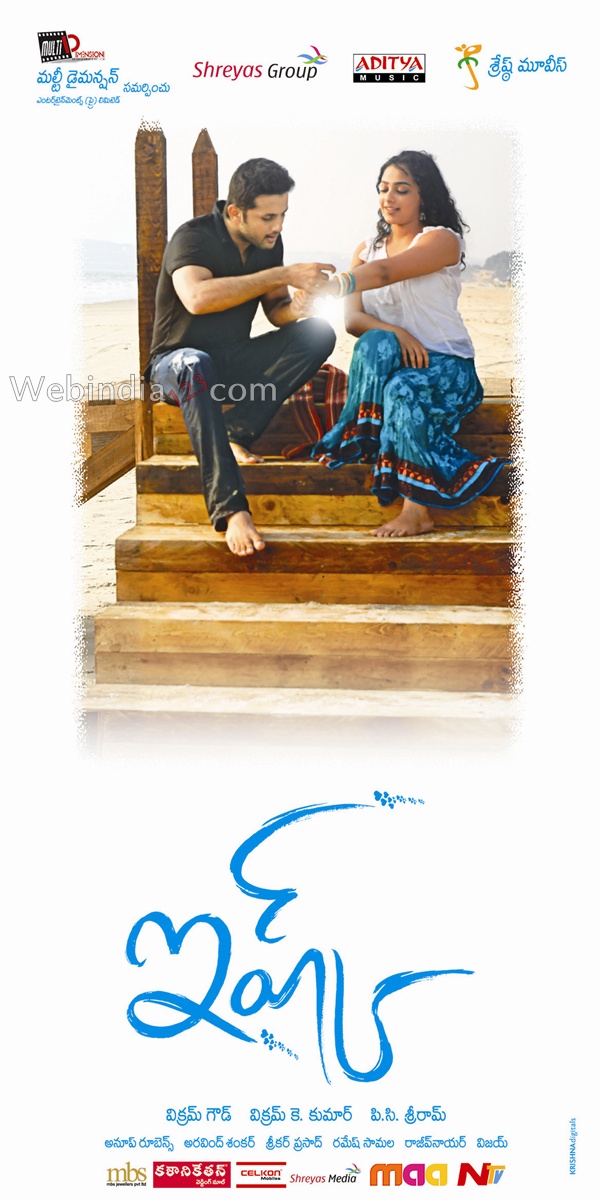 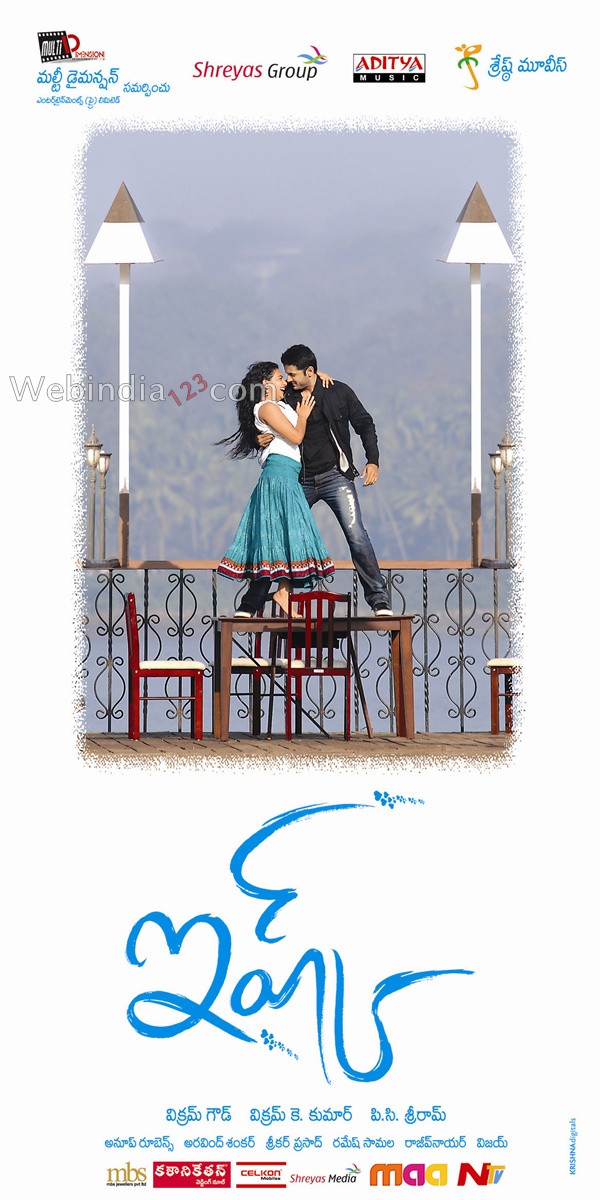 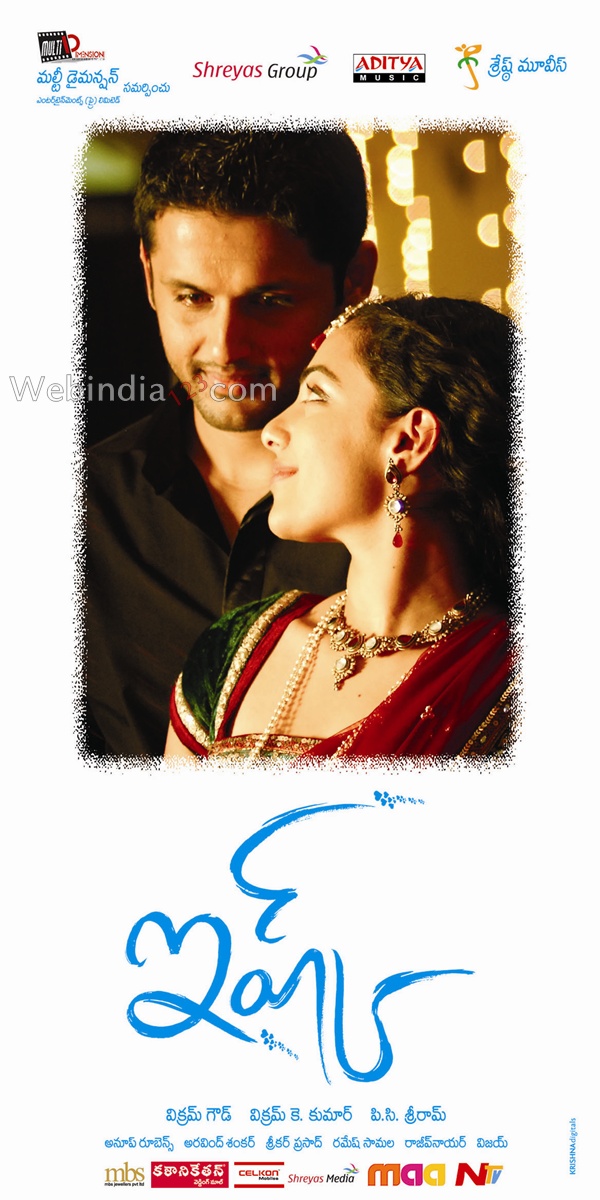 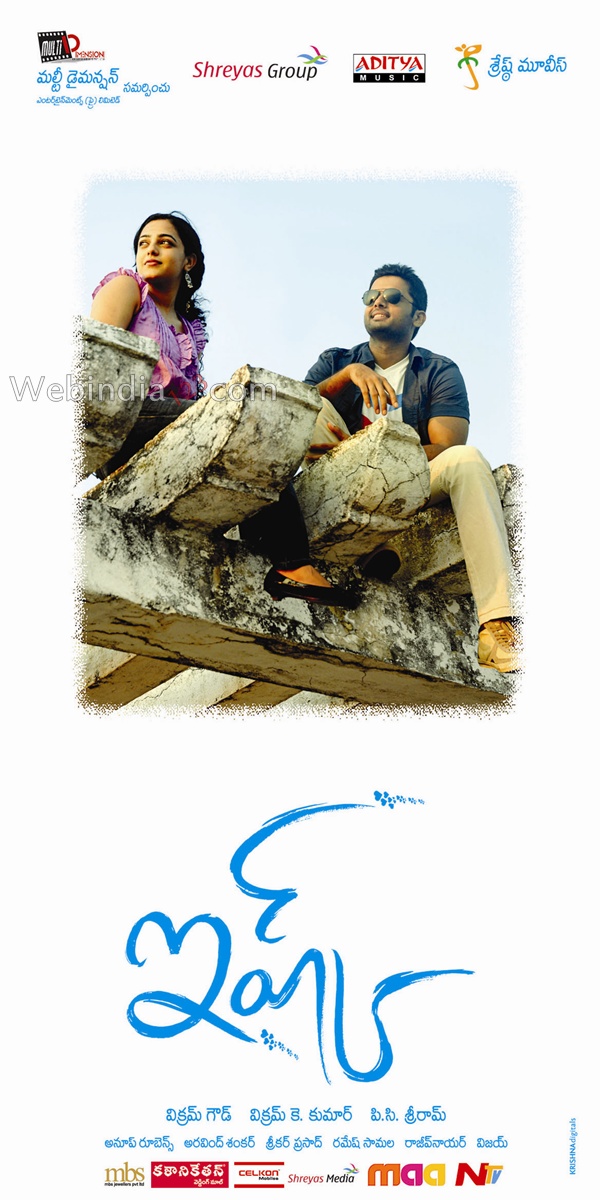 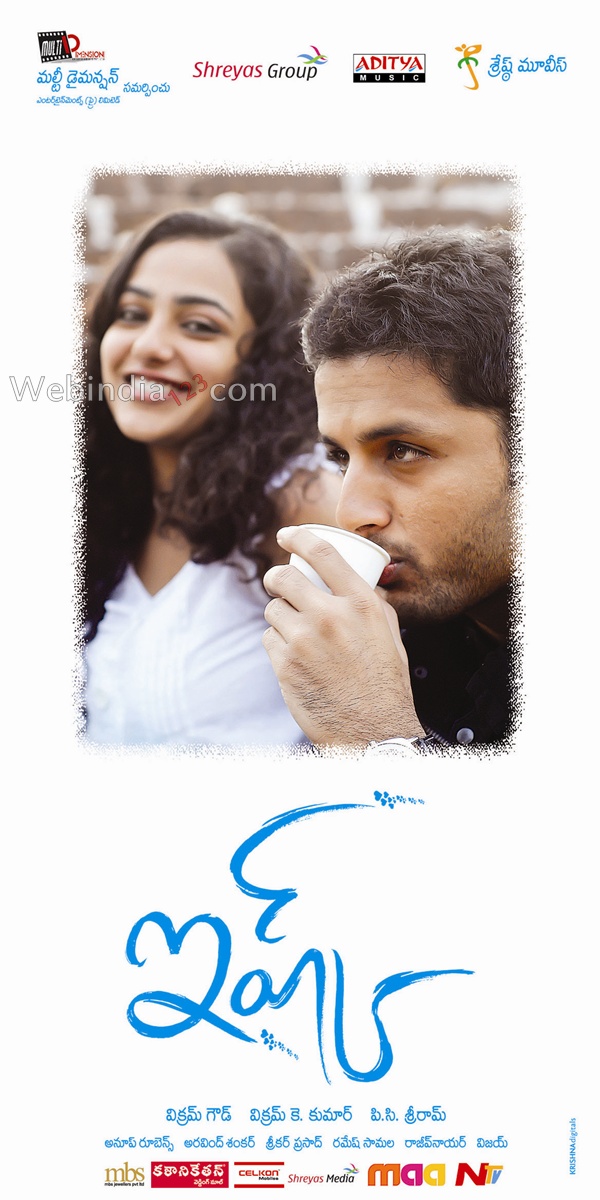 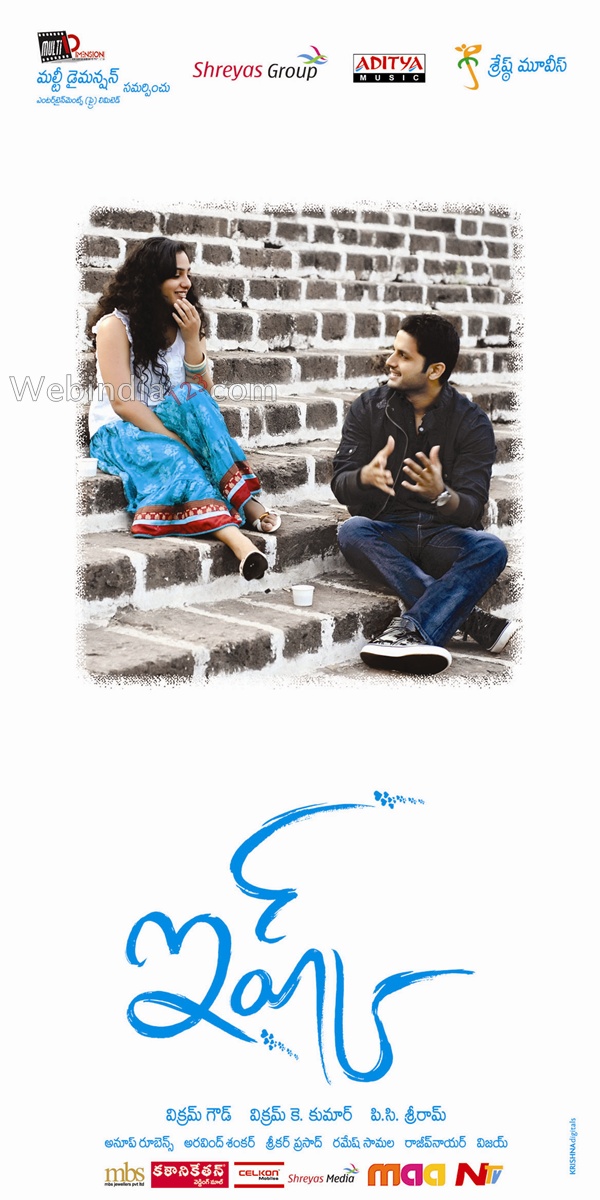 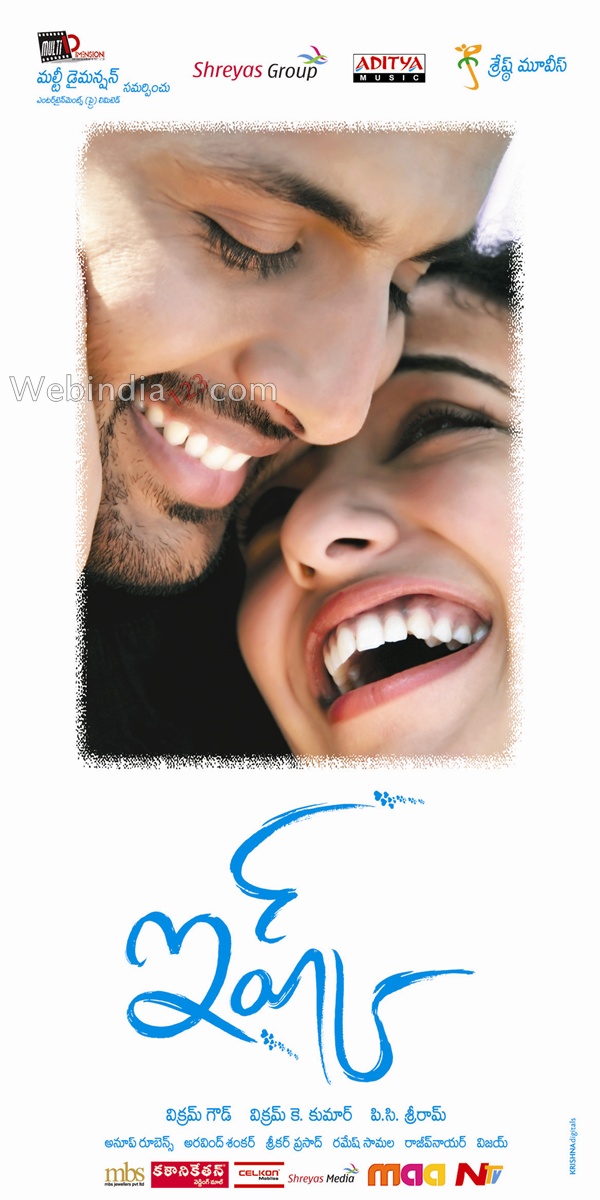 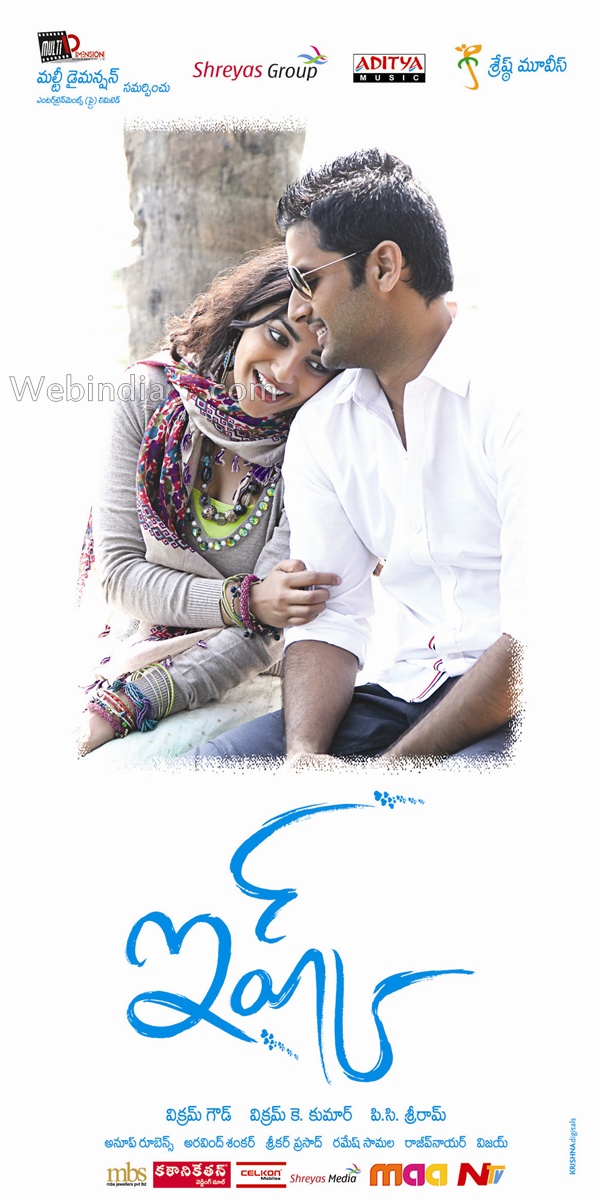