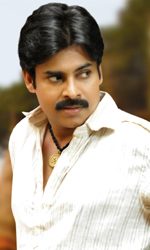 Pawan Kalyan returns with a bang. Pawan had a sensational beginning in the Telugu film industry with several hits, but his career saw a dip recently because of the mediocre films he featured in. Now, with a film like Teen Maar, a remake of Saif Ali Khan-Deepika Padukone starrer Bollywood hit Love Aaj Kal, the actor makes an impressive comeback, though some of his fans may not like urban and chic presentation. Most of the sequences have been shot abroad.

Except for his film Jalsa, directed by Trivikram Sreenivas, which concentrated more on comedy and love elements, many of his films, including the much-awaited Komarum Puli, turned out to be box office disasters.

But the stylish actor, who is also one of the most popular in the Orkut community, makes a mark with the soft romance saga. Though the title seems unsuitable for this stylish made film, Teen Maar is an enjoyable watch.

The film`s weak point is its second half - except for the final encore, rest of it drags. Jayanth Paranji has made some changes in the original script and it look like forced addition. The narration often drags, but thanks to the energy of leading stars, the film maintains continuity and engages audience.

Teen Maar has two different stories spread over three decades. one is a tender and soft love, other is contemporary with confused lovers unable to decide on their future.

Michael Velayudhan, a chef, lives in Cape Town and falls in love with Meera Shastri. But Michael, a compulsive flirt, is indecisive about his relationship Meera who wants to return to India. Finally, Michael decides to end their relationship.

While Michael becomes friendly with another local girl, back home Meera gets closer to a local politician.

With the main track, another parallel story that took place three decades ago in Varanasi runs and focuses on Arjun Palawai who is ready to do to any length for the sake of his love. The film ends on a happy note.

Pawan is lively in both roles. He has also taken efforts to dance well to the tunes of Mani Sharma. Surprisingly, his onscreen chemistry with Trisha works brilliantly for the film. For the first time, there is a lip-locking with Trisha. Shot asthetically, it looks natural part of the story.

Thrisha is suits the role. She adds grace and charm to her character.

Mani Sharma`s song compositions are impressive, but background does not attain the standards he is known for. Camera work by Jayanth Vincent is superb. All the other technicians of have done a commendable job.

Teen Maar is worth a watch. Pawan Kalyan`s urban fans may like it much better. 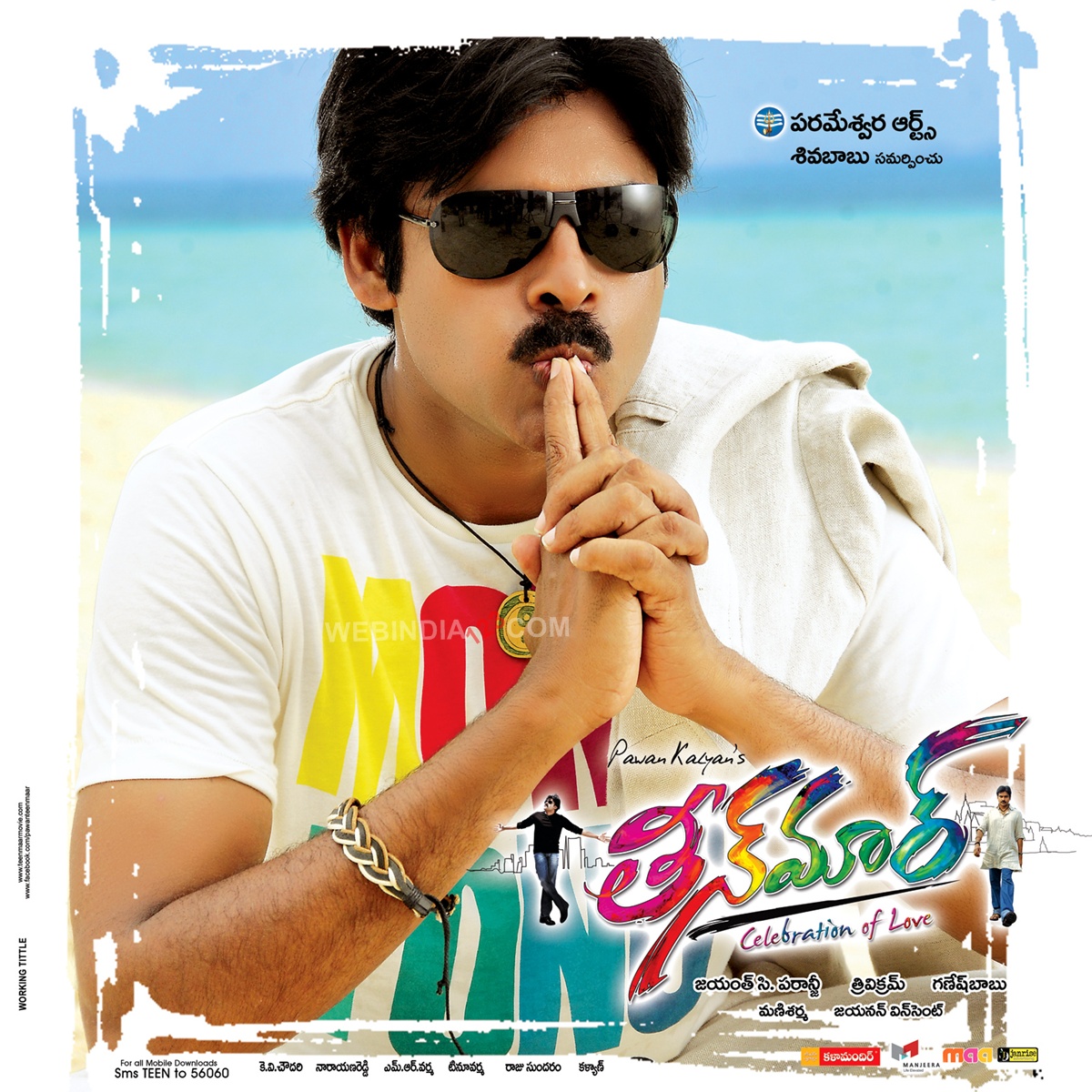 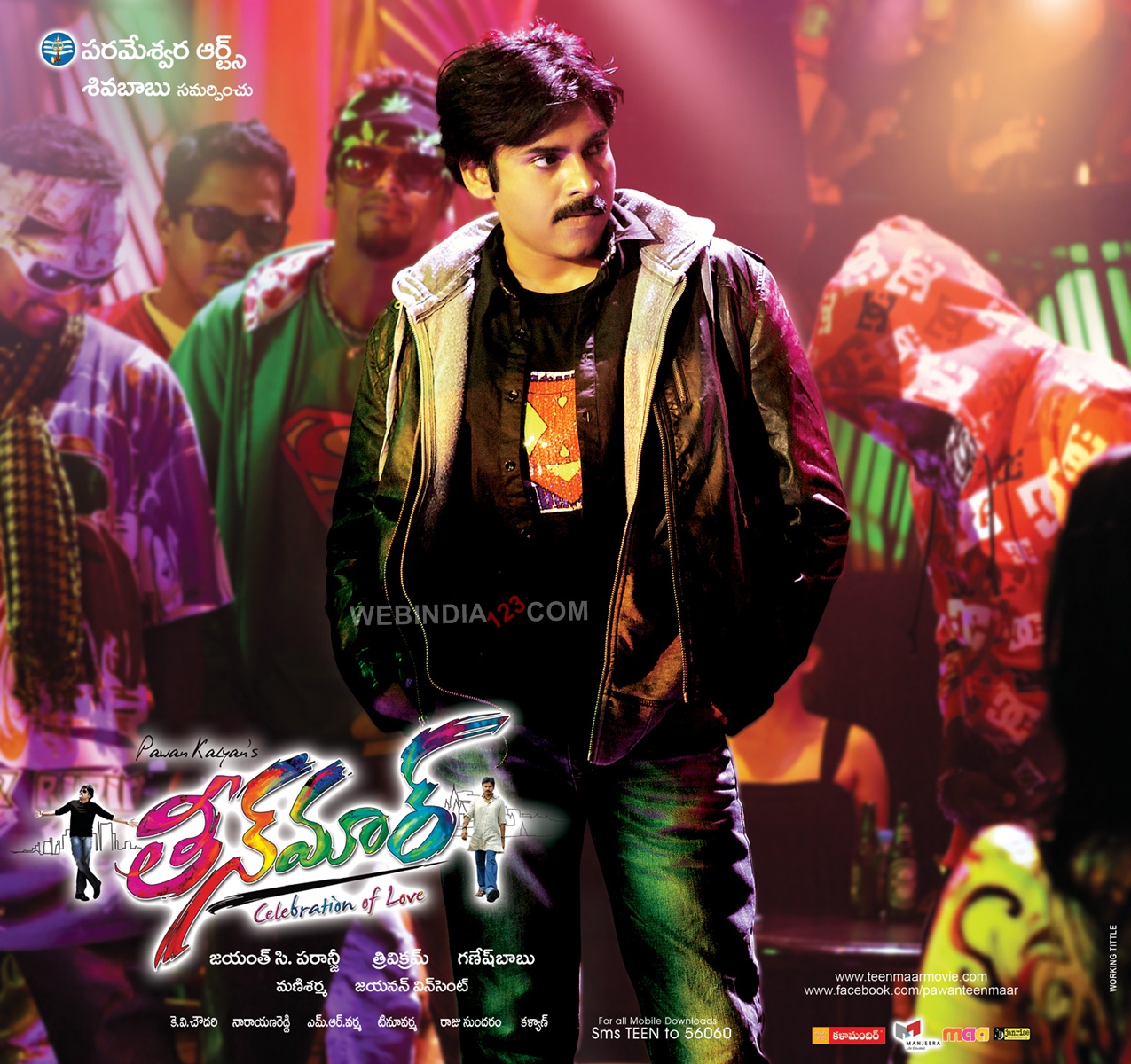 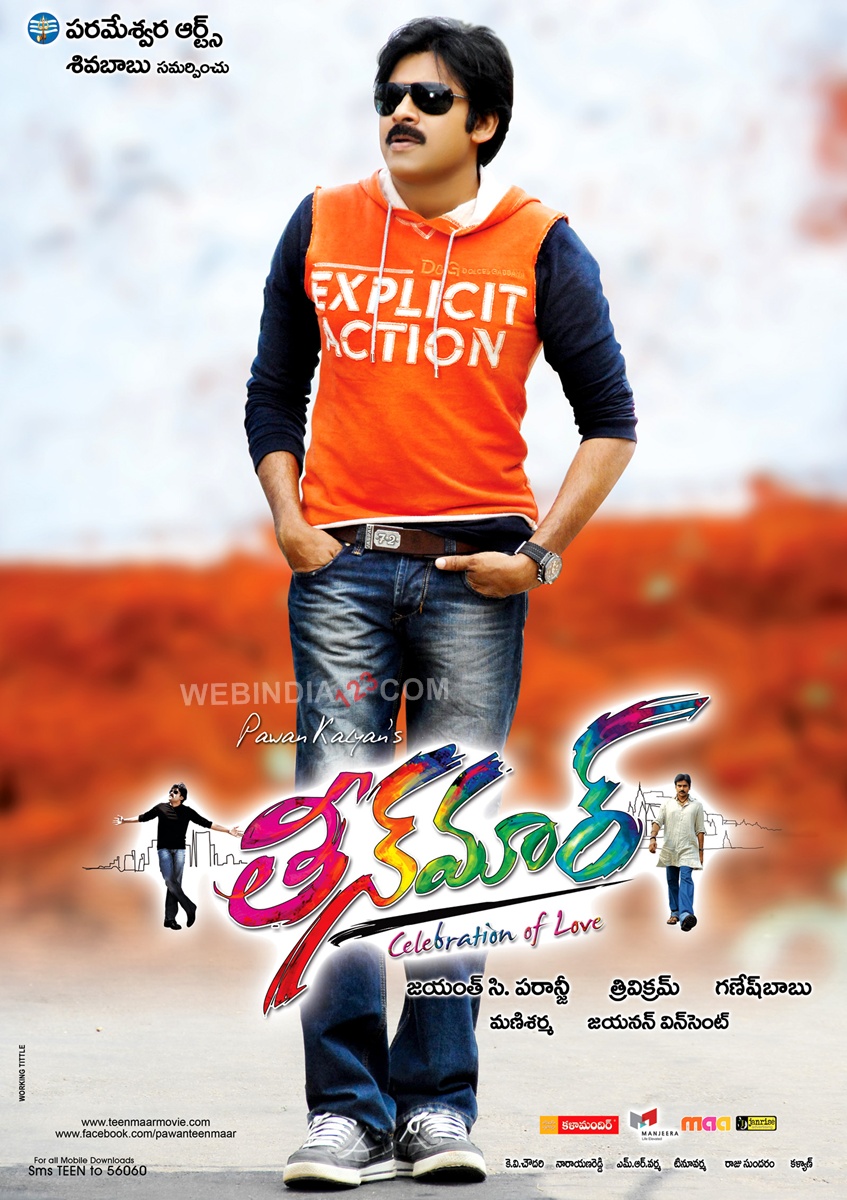 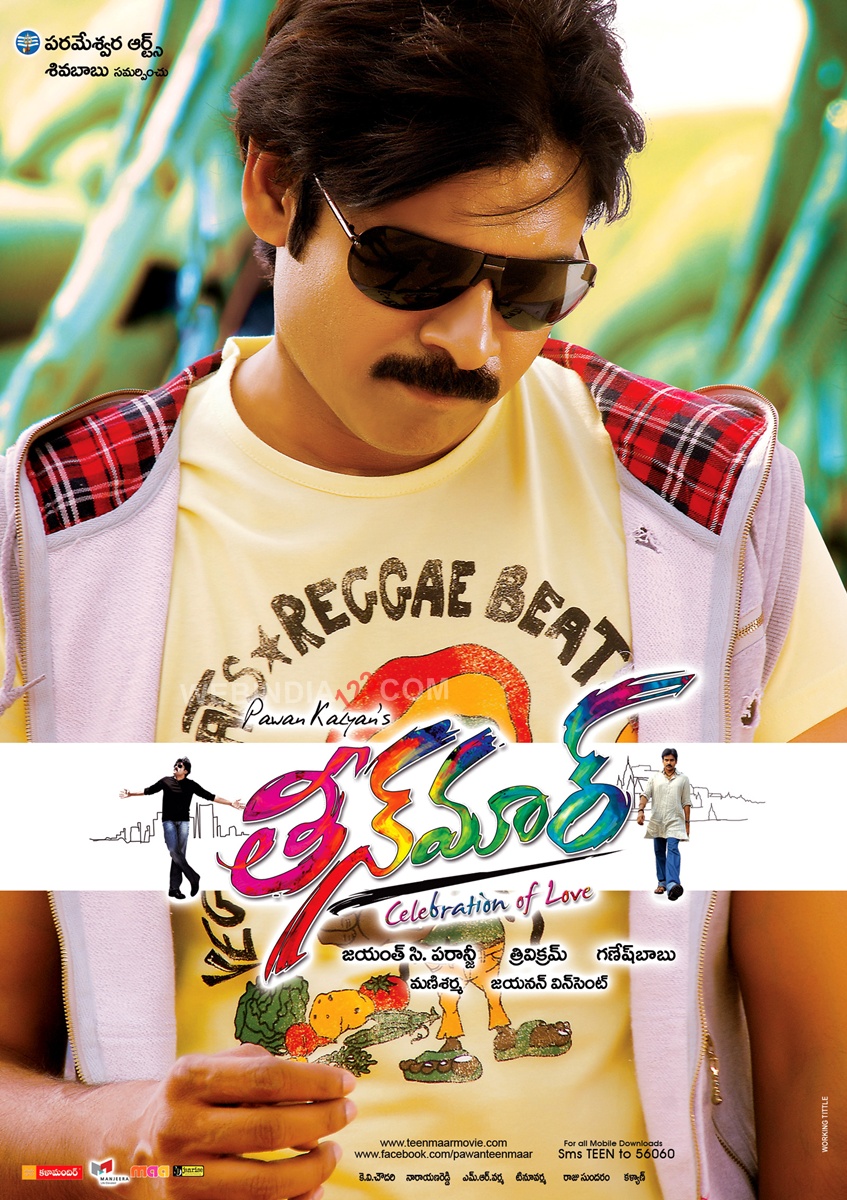 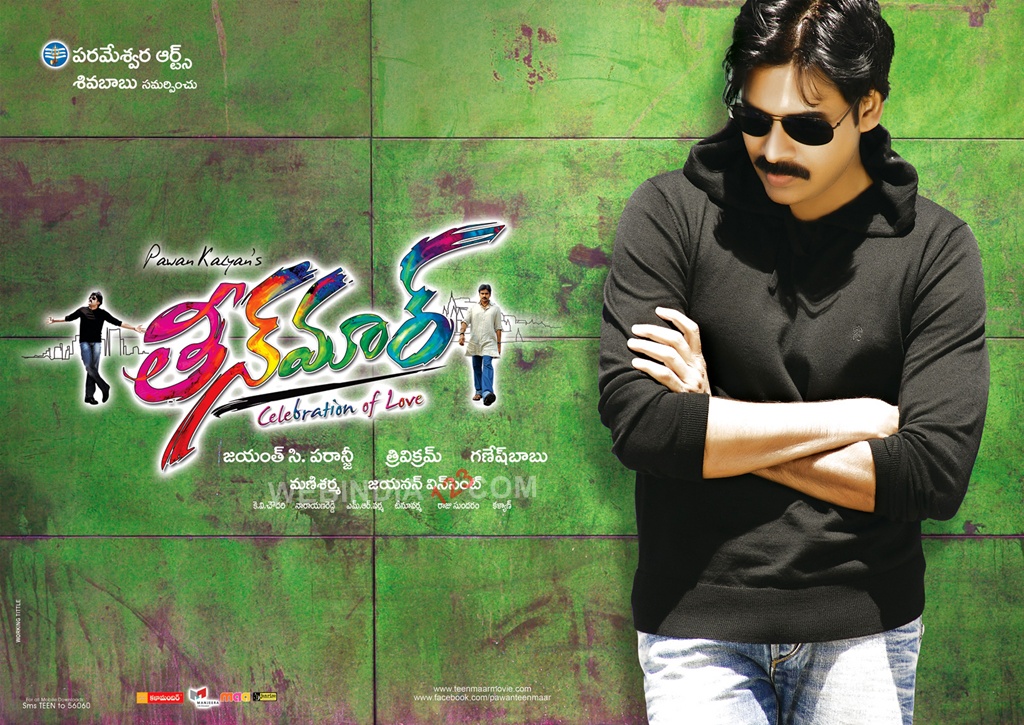 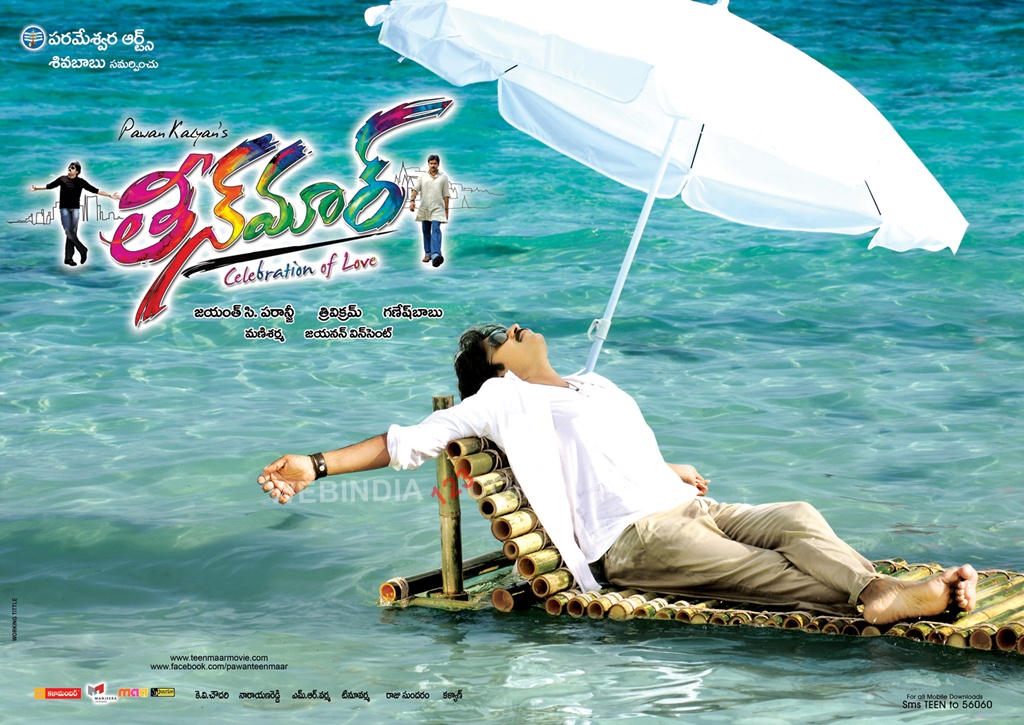 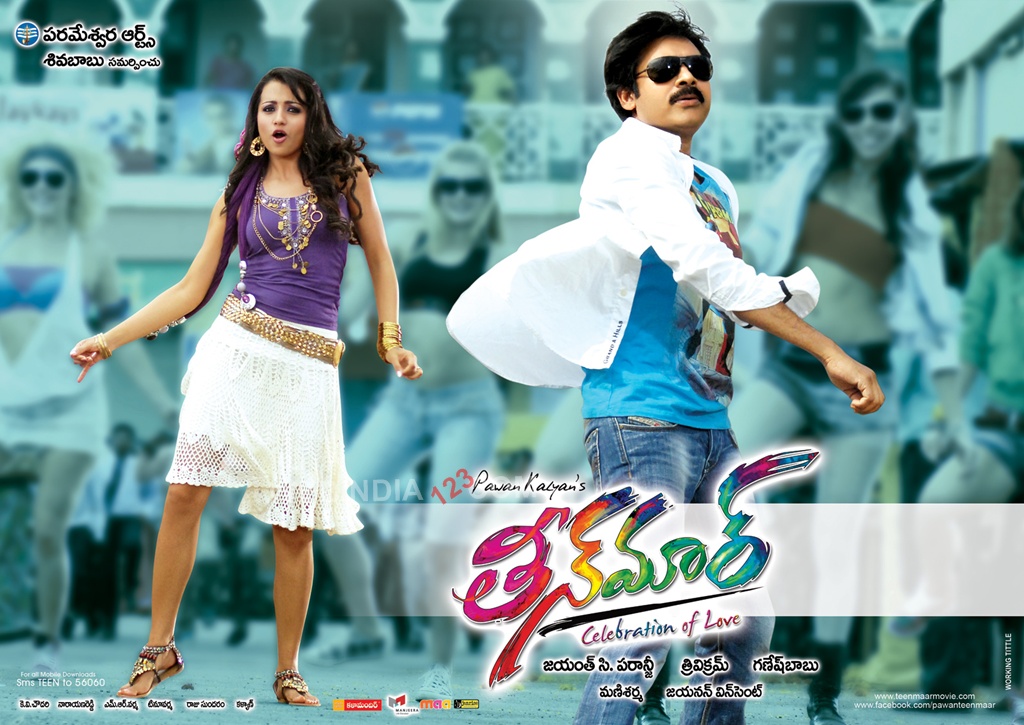 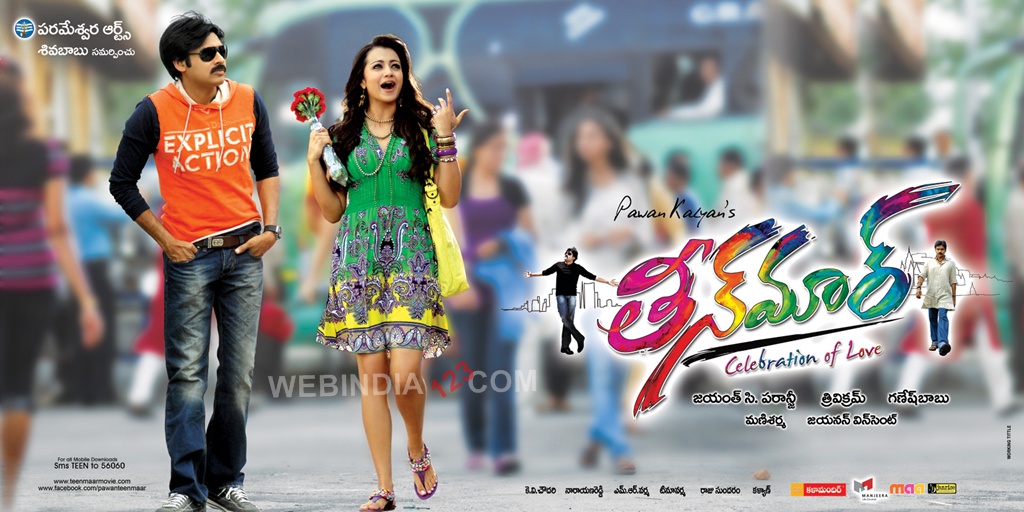 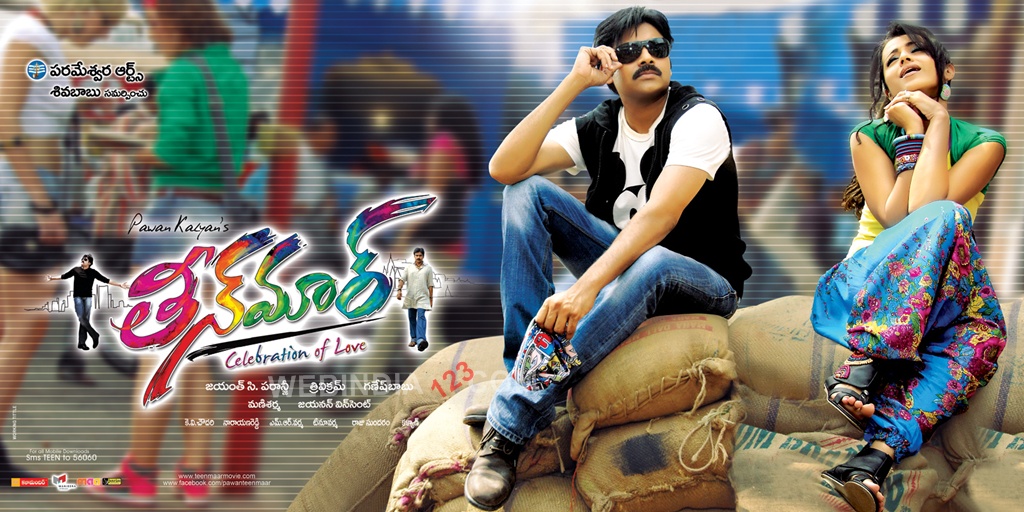 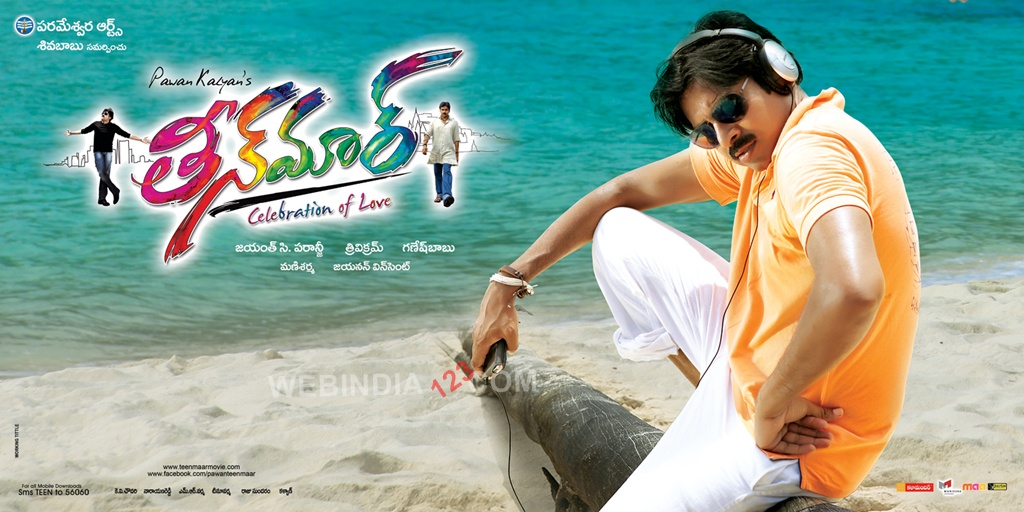 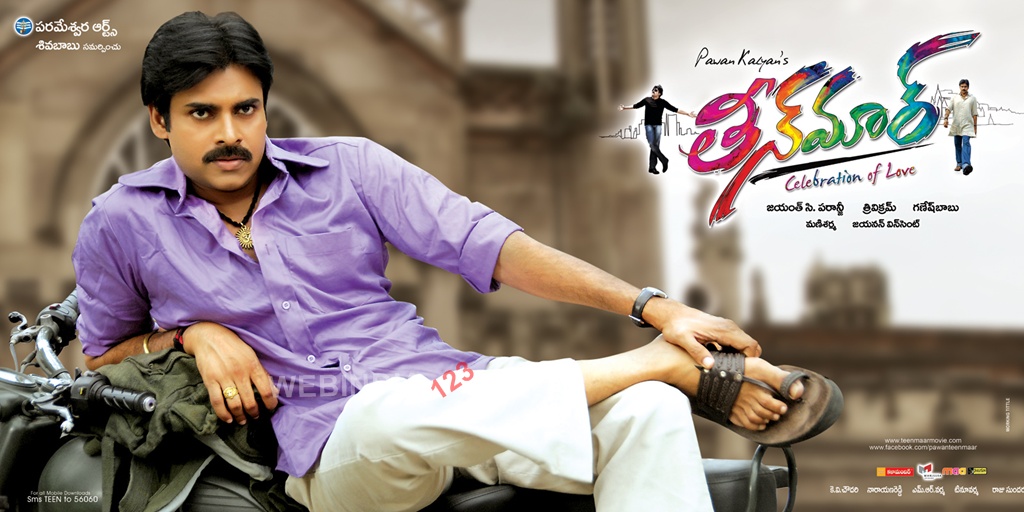 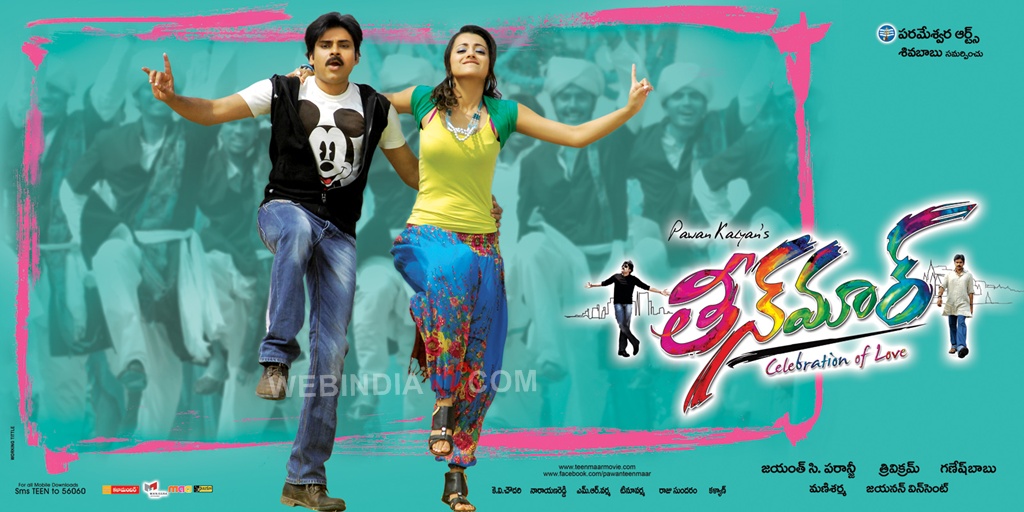 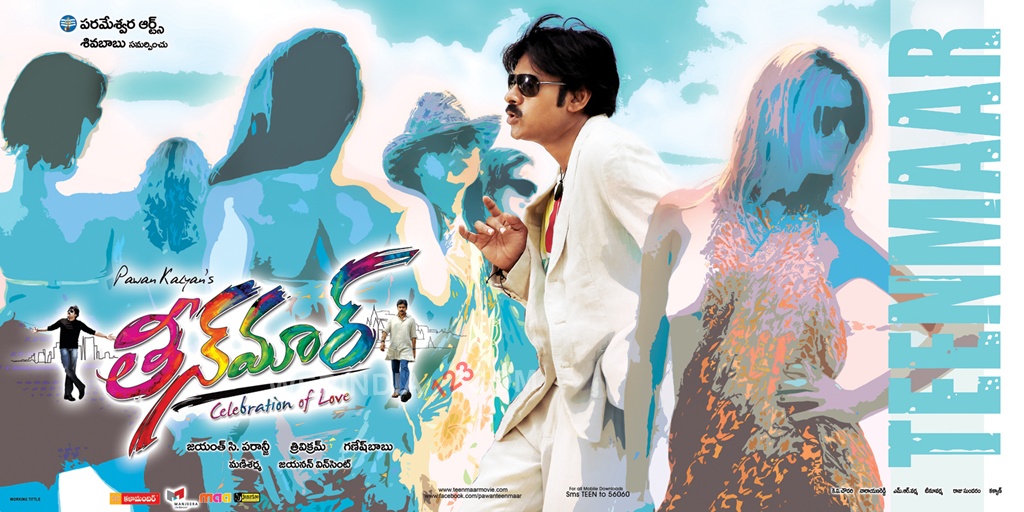