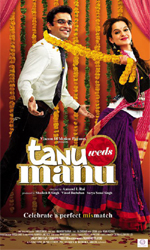 Why should you watch Tanu Weds Manu? For R. Madhavan who will win you heart as a sweet lovable NRI doctor Manu who has the misfortune of falling in love with a Kanpur-girl Tanu (Kangana Ranaut) who not only rejects him as a suitor but also uses him to elope with her ruffian boyfriend.

Hiding his heartbreak and disappointment behind a smile, Madhavan fits into the role of a goody goody NRI like a glove. He is hopelessly in love with Tanuja who doesn`t miss a single opportunity to hurt him. Rules, they say, are meant to be broken and that`s what Tanu`s agenda in life is - to break all rules that a middle-class family swears by.

Well, an NRI coming home to find a suitable bride for him is very common in Indian society and director Anand Rai`s comedy opens with the same. He tries to be as close to reality as possible - from the backdrop, to clothes, to character artists - all bring out the element of a middle-class setup perfectly.

With a marriage in the background providing a perfect place for Tanu`s second chance meeting with Manu, the movie traces the relationship between the girl and the NRI. Surely, perfect material for sentimental romances with `comedy ka tadka`.

But there is something missing to make it a perfect romantic comedy. First, the script is punctured, then their is no chemistry between Madhavan and Kangana and if that was not enough, the narrative doesn`t flow at the desired pace - it`s slower than it should be.

Though the director picked up an interesting subject, he has not succeeded in executing his story effectively on screen - there are not enough laughs in the film. Whatever funny scenes are there, credit goes to the chemistry between Madhavan and Deepak Dobriyal who plays his friend Pappi.

Kangana`s dialogue delivery puts you off and she lacks the spunk and spark to play the free bird that she is in the movie. In fact, Swara Bhaskar, who plays her friend Payal, holds the fort as the Bihari girl who is marrying a sardarji (Eijaz Khan) who also happens to be Manu`s best friend.

Payal is impressed with Manu and even tries to drill some sense into Tanu`s head but Tanu, a rebel, doesn`t want to admit her feelings for the man who is picked by her parents.

Critics won`t appreciate the plot but Madhavan fans would find enough material to enjoy the film.

Music plays an important role in a wedding-based romantic comedy and the director could have got it right if he had opted for fast-paced peppy numbers.

In the performance department, full marks go to Madhavan, Deepak and Swara. The supporting cast of K.K. Raina, Rajendra Gupta and Navni Parihar don`t have much to do, but whatever role they have, they carry it well. Jimmy Shergill as Kangana`s ruffian boyfriend is wasted, so is Ravi Kishen as his sidekick.

If you are looking for a great romantic comedy, this is not the one, but watch it for Madhavan and his chemistry with Deepak.

Actor Deepak Dobriyal, who is fondly remembered as pappiji from "Tanu Weds Manu" franchise, says he wants for an image change and is looking for "serious scripts".

Asked if he wants to change his image by portraying serious characters on screen, Deepak told IANS here: "Yes, because I they (filmmakers) have tied to one image ... Comic roles keep coming. I don't want to do it deliberately. But this is the requirement of the films. I am looking for serious scripts."

There is a saying that opposites attract -- and director Aanand L. Rai explores it in his romantic comedy Tanu Weds Manu, starring Kangana Ranaut and R. Madhavan, which releases Friday.

In the film, Madhavan plays Manoj Sharma a.k.a. Manu, a smart, intelligent, but shy NRI who has all the qualities of a good husband. He loves reading and listening to old songs, but hates loud music and crowded places.

Though he is educated and settled in London, Manu would never do anything against his parents` will. He is keen to marry a homely girl, so he comes to India to find a suitable match and meets Tanu a.k.a. Tanuja Trivedi, who is completely opposite of what he is looking for.

Madhavan admits that it has been his toughest role till date.

A beautiful, charming and extrovert girl from Kanpur, Tanu lives life on her own terms and dreams of marrying a guy who her parents will hate. She is also against arranged marriage and doesn`t like being told what to do and what not to.

She loves to ride bikes, drink alcohol and admires Che Guevara, the Argentine Marxist revolutionary, guerrilla leader and military theorist who played a prominent role in the Cuban Revolution.

The film follows how two seemingly opposite-natured people end up falling in love with each other.

True to her character who defies every perceived trait of a small town girl, Kangana didn`t shy from riding a Bullet in the film, although she was nervous while shooting the scene. In this sequence she was supposed to ride the bike with a pillion rider and drive through crowded, narrow streets. For this, she gave maximum re-takes.

Leave aside riding a bike, Kangana, who started working at the young age of 16 and couldn`t attend college, got a chance to enjoy campus life when she stayed in a Delhi University hostel to prepare for her role.

Kangana plays a resident student of Delhi University. The 23-year-old stayed at the PG Women`s Hostel in 2009. The producers arranged for her stay and took the required measures to protect her identity.

Rumours were abuzz that Madhavan was upset with Kangana hogging the limelight for Tanu Weds Manu, but the actor denied it saying he is very fond of the actress.

A superstitious Madhavan also asked the director to keep his entry in the film similar to that of 3 Idiots, as he feels it is lucky for him since the film was a blockbuster. 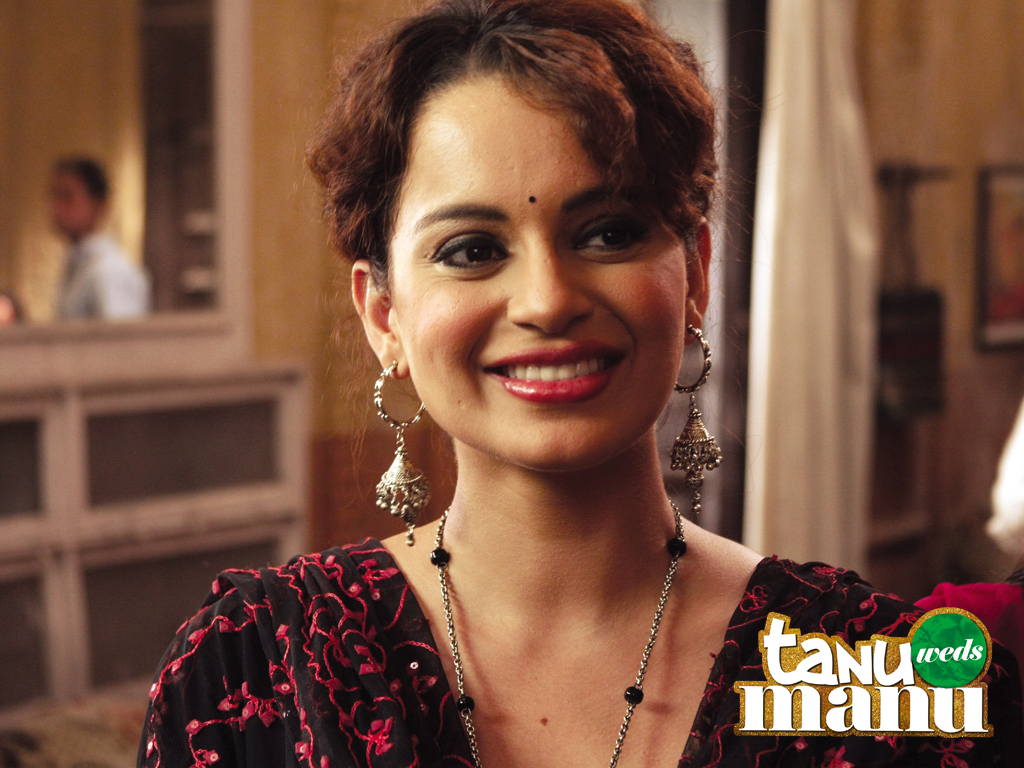 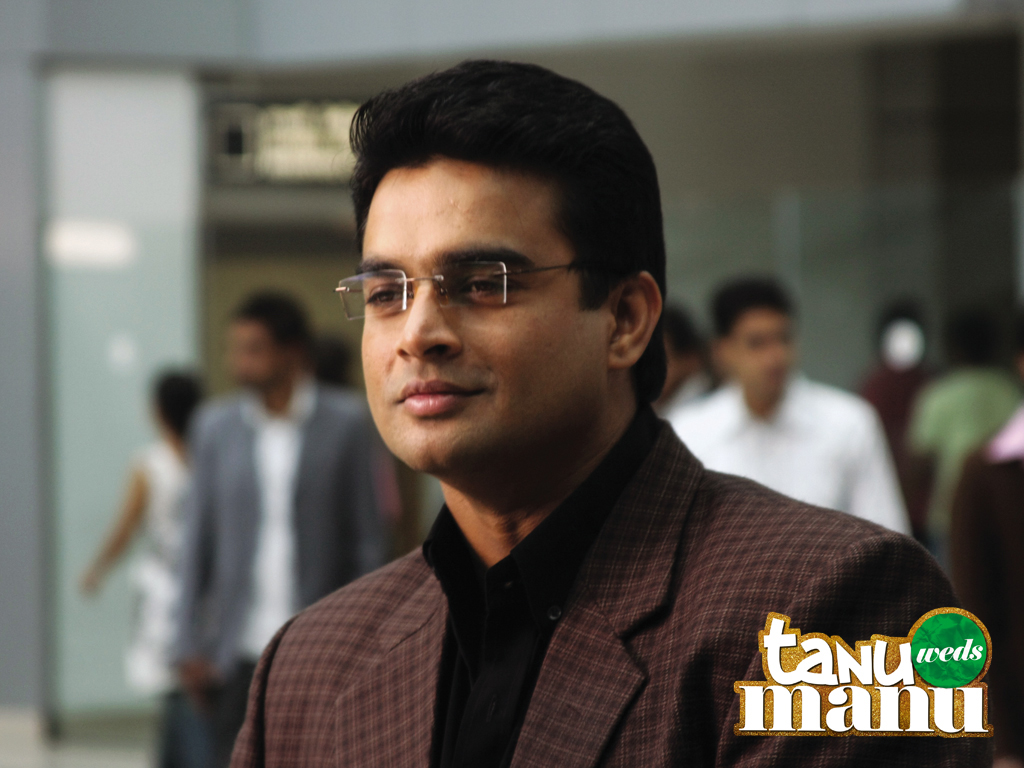 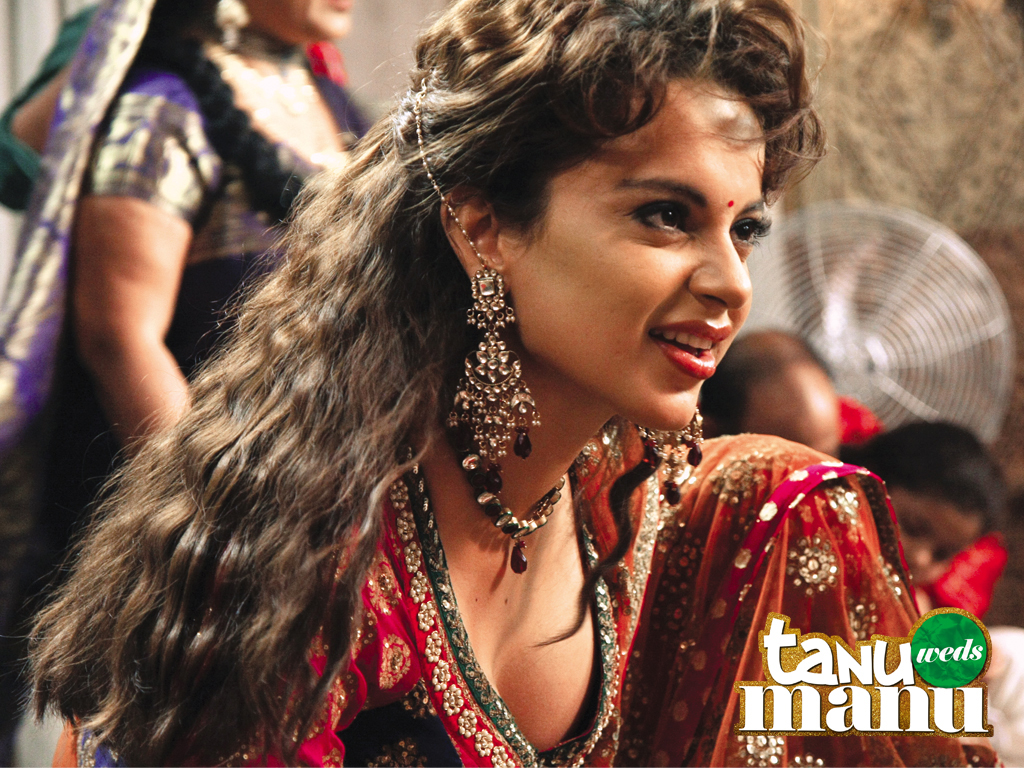 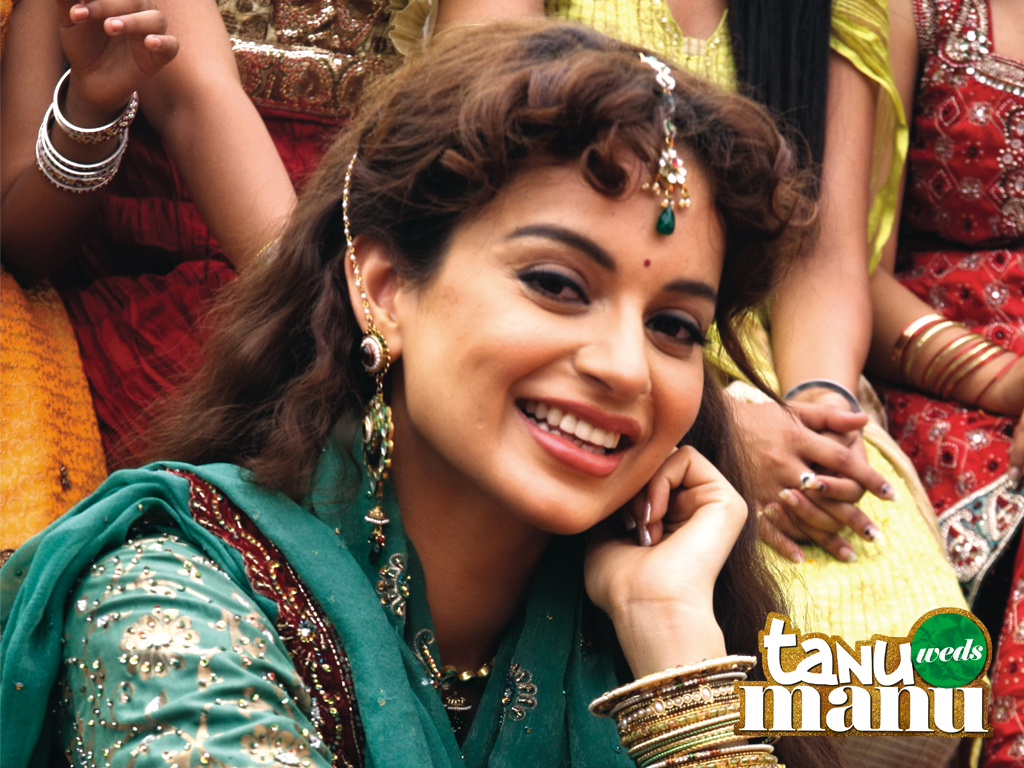