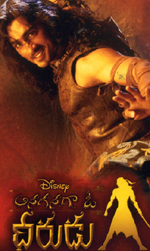 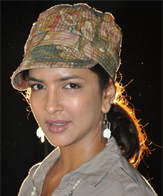 Let us talk about the good points of Anaganaga Oka Dheerudu presented by Walt Disney Productions and the Telugu film industry`s best known director K. Raghavendra Rao. Directed by Prakash Rao Kovelamudi, son of Raghavendra Rao, the film sets a new standard for technical work in Telugu film industry. It may be targetting kids and teenagers, but it boasts of gripping story and makes audiences watch it with curiousty.

Besides the rich visuals in the film that makes it an interesting viewing, the story is narrated with utmost sincerity. And the lead artists, who are extremely intelligent and outspoken in real life, show utmost honesty in performing the roles with all the seriousness it deserves.

In the last seven years, fantasy films have been appreciated by Telugu audiences. Starting from Pathala Bhairavi to Arundathi and Magadheera, fantasy films have become super hits. All these hugely popular movies excelled in the state of art and contemporary technical extravaganza. Anaganaga Oka Dheerudu is not an exception. But one thing that makes you little unhappy is that the film falls a little short in terms of its impact on audience because of the weakness in the script and dragging narration.

The inconsistency is evident when the film raises the tempo in few sequences and immediately drops down, thanks to dragging sequences. Many scenes looked predictable.

The story revolves around a blind warrior Yodha who is on a mission to free people of Angarajya from the evil queen Irendri. Yodha is accompanied by a young girl called Moksha who has been rescued by him.

The evil queen learns can live for ever if she swallows the blood of Moksha who has some mythical powers. How Yodha rescues both Moksha and Priya from the clutches of Irendri forms the rest of the plot.

Hats off to Lakshmi Prasanna for performing a negative character with such elan. She comes across as a fine actress who can be used well by other talented directors.

Siddharth works hard to look like a warrior and delivers a neat performance. Shruti looks quite attractive and makes a wonderful screen presence. She shares a good screen chemistry with Siddharth. Ravi Babu is good as a villain.

Technically, the film is brilliant. The camera work and art work by Soundara Rajan and Bhoopathy is top class. The film has four music directors, but only the background score is impressive.

Anaganaga Oka Dheerudu is one of the best technical films in the Telugu film industry. 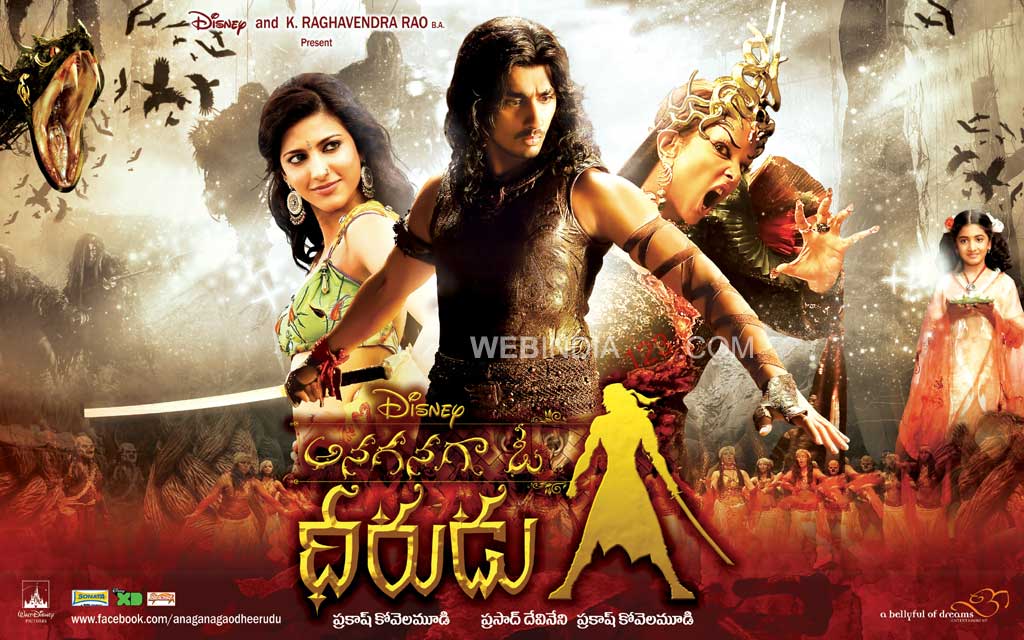 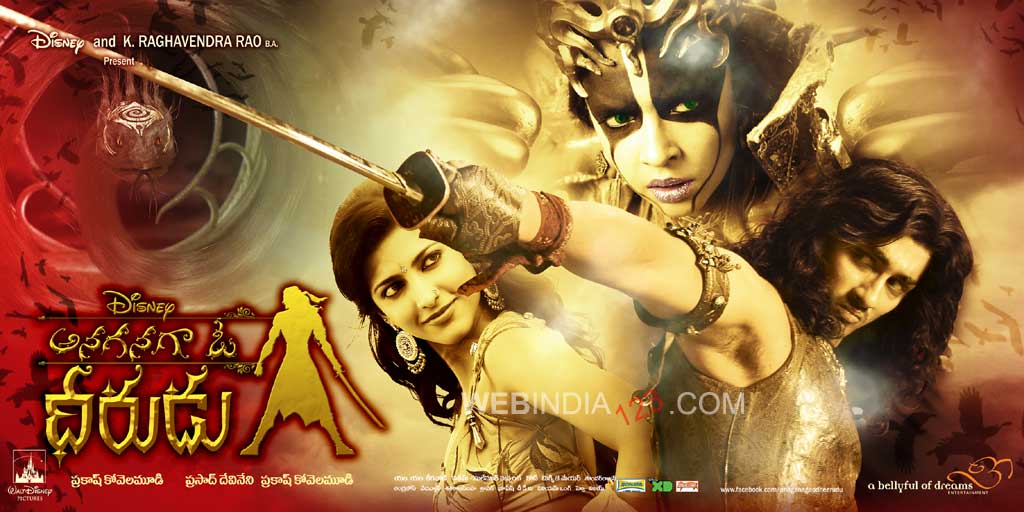 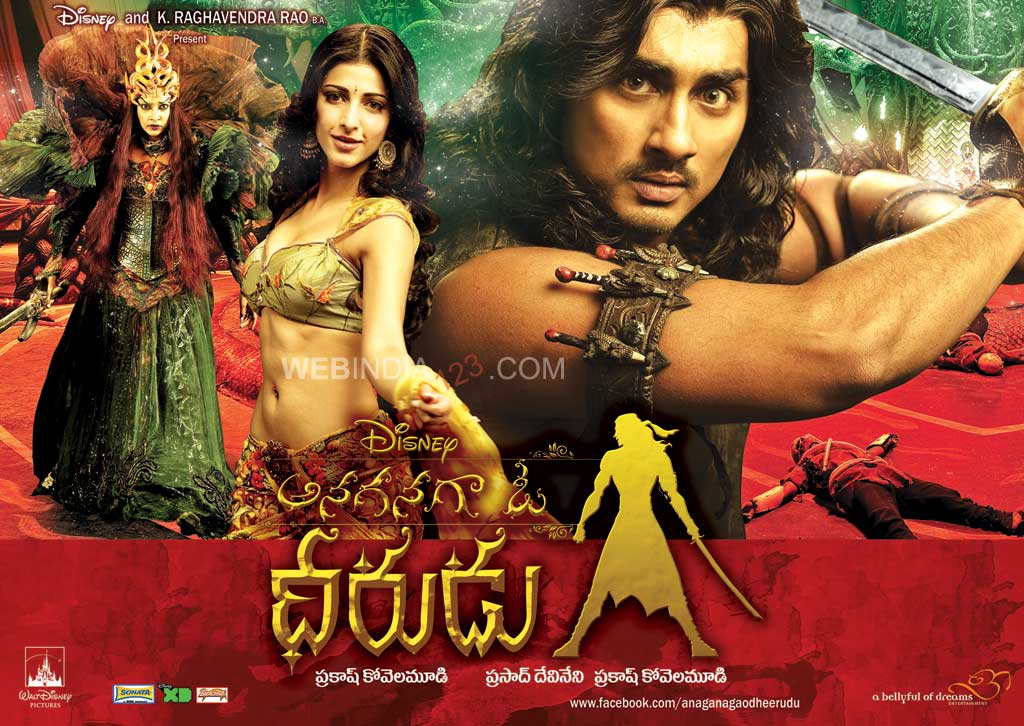 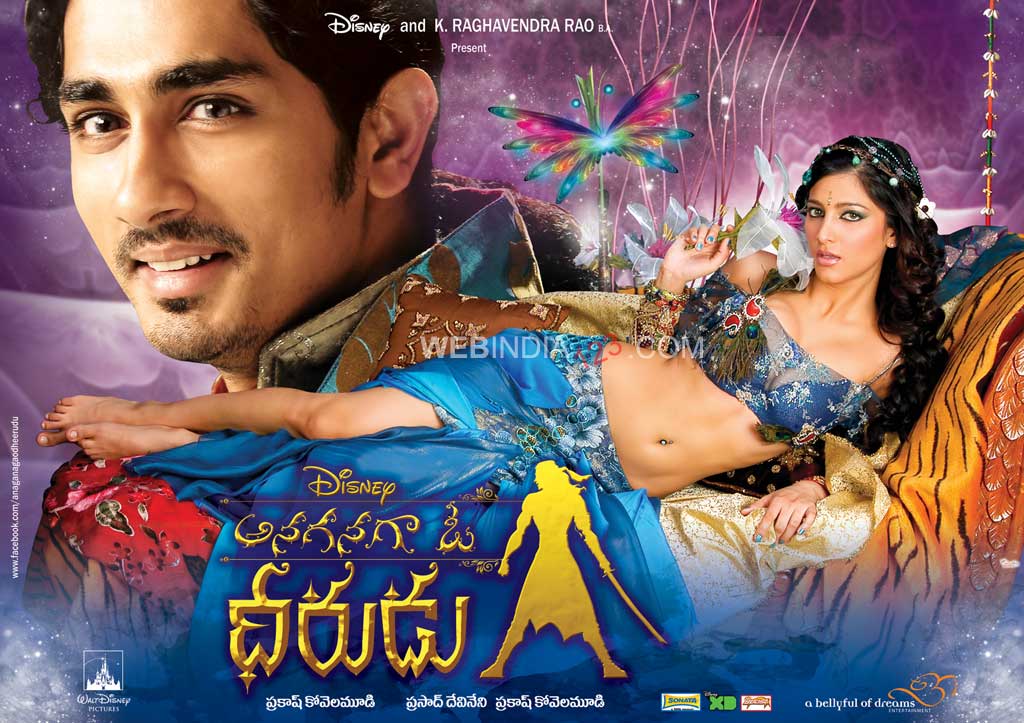 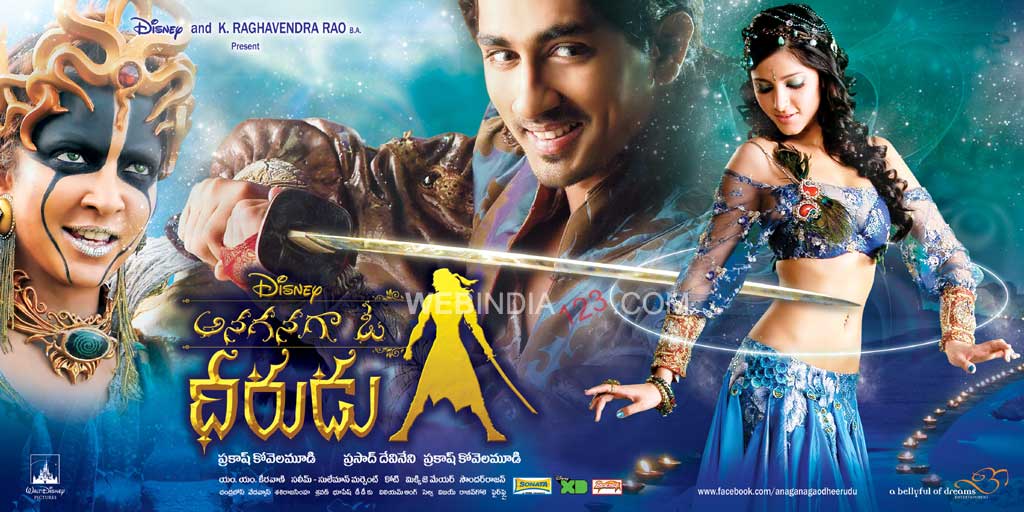