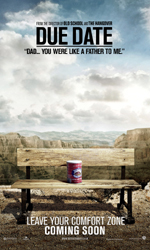 In 1987 Steve Martin was desperately trying to get home before thanksgiving, with one obnoxious partner, John Candy, in tow in the film "Planes, Trains & Automobiles". Now 23 years later, it`s Robert Downey Jr. who has a due date and is forced on a similar trip with another idiotic partner in Zach Galifianakis. Thankfully, both Martin and Downey reach home, and so do both the films.

Peter (Downey) is trying to be home to be with his wife during their child`s delivery. As fate has it, he meets Ethan (Galifianakis), a disaster-magnet, sadly not for himself, but for Peter. After Ethan`s fault has both being put on no-fly zone, Peter is left with no option but to hitch a ride with the nutcase.

During his time with Ethan, Peter is shot with a rubber bullet, breaks an arm in an accident, is arrested for drug possession, is beaten by a handicapped war-veteran and gets shot by a real bullet - and all for no fault of his.

"Due Date", religiously copies the basic premise of "Planes, Trains & Automobiles" written and directed by John Hughes who has many classic comedies to his name, without giving due credit to the latter.

Despite having a few notable exceptions, it mostly changes a few things here and there to be more in tune with the times. Yet, "Due Date" does feel fresh, largely due to the comic timing of Downey and Galifianakis. Coupled with the crisp writing of the many writer for this film (does copying a film takes more brains), and Hangover director Todd Phillips adept direction, the film progresses from mad to outright whacky.

It also makes a major exception from the original when instead of waiting till the end to discover the good, innocent and lonely side of the obnoxious guy, it is revealed early on.

Despite an original source and cliches, "Due Date" does have enough giggles and laughs to hold the audiences` attention. And just like "Hangover", it is a comedy for a confused, aimless generation - whacky, extremely light on its feet, devoid of any desire to say something and one that is fun without taking itself or the audience seriously.

In short, this no-brainer is a sure-shot recipe for success.

And yet it would be unfair to credit "Hangover" director with the fun quotient for this movie. The credit goes to John Hughes. "Due Date" thus shows that Hollywood is not free from the copy-cat syndrome usually blamed on Bollywood and that most of what had to be done in commercial cinema has already been done. One can only rehash it to suit the masses today.

For the purist, however, there will always be the original.

From director Todd Phillips, “Due Date” stars Robert Downey Jr. and Zach Galifianakis as two unlikely companions who are thrown together on a road trip that turns out to be as life-changing as it is outrageous.  Downey plays Peter Highman, an expectant first-time father whose wife’s due date is a mere five days away.  As Peter hurries to catch a flight home from Atlanta to be at her side for the birth, his best intentions go completely awry when a chance encounter with aspiring actor Ethan Tremblay (Galifianakis) forces Peter to hitch a ride with Ethan—on what turns out to be a cross-country road trip that will ultimately destroy several cars, numerous friendships and Peter’s last nerve.

Todd Phillips directs from a screenplay by Alan R. Cohen & Alan Freedland and Adam Sztykiel & Todd Phillips, from a story by Cohen & Freedland.  “Due Date” also stars Michelle Monaghan (“Made of Honor”), Oscar® nominee Juliette Lewis (“Cape Fear,” “Whip It”) and Academy Award® winner Jamie Foxx (“Ray”).  The film is being produced by Phillips and Dan Goldberg, who previously collaborated on “The Hangover.  Scott Budnick, Thomas Tull and Susan Downey are serving as executive producers on the film. 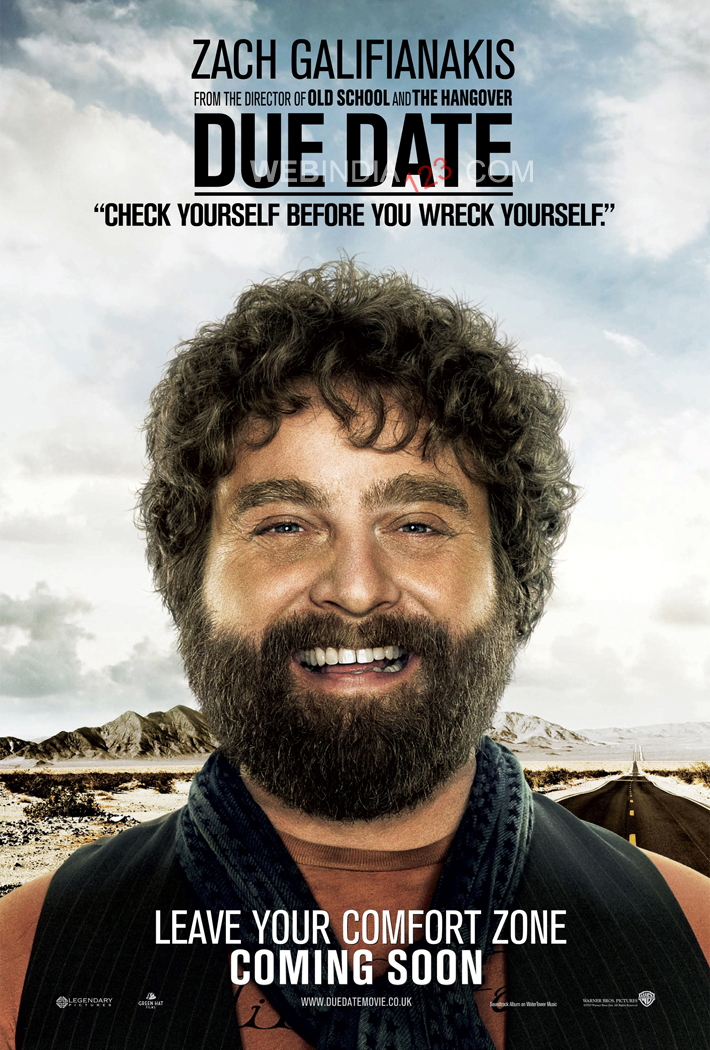 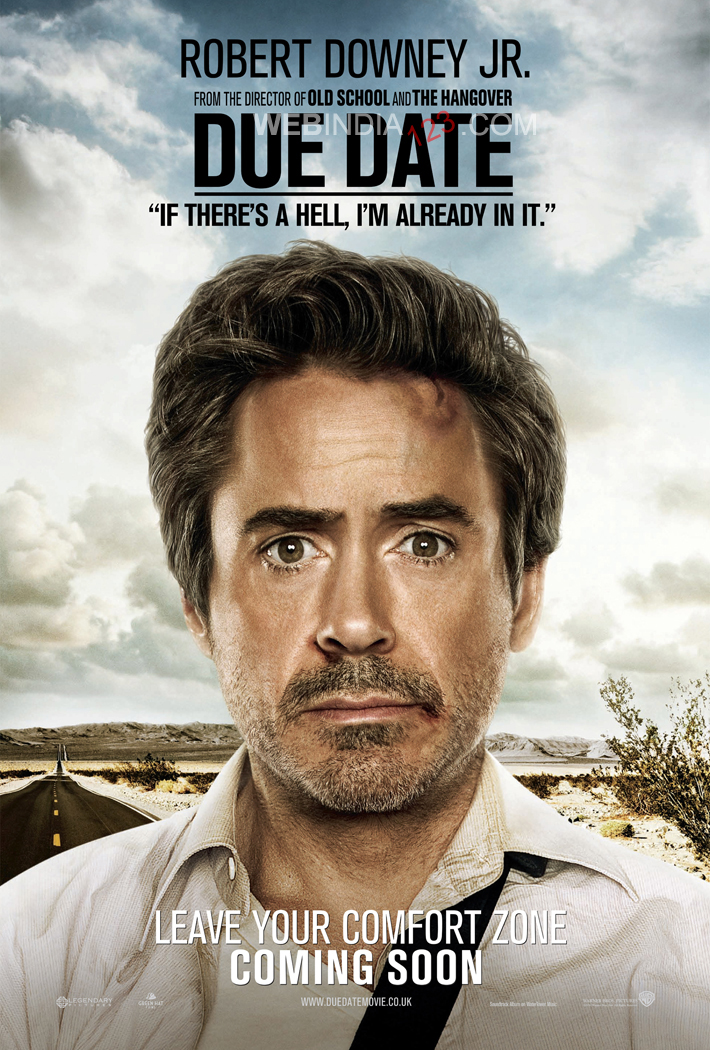 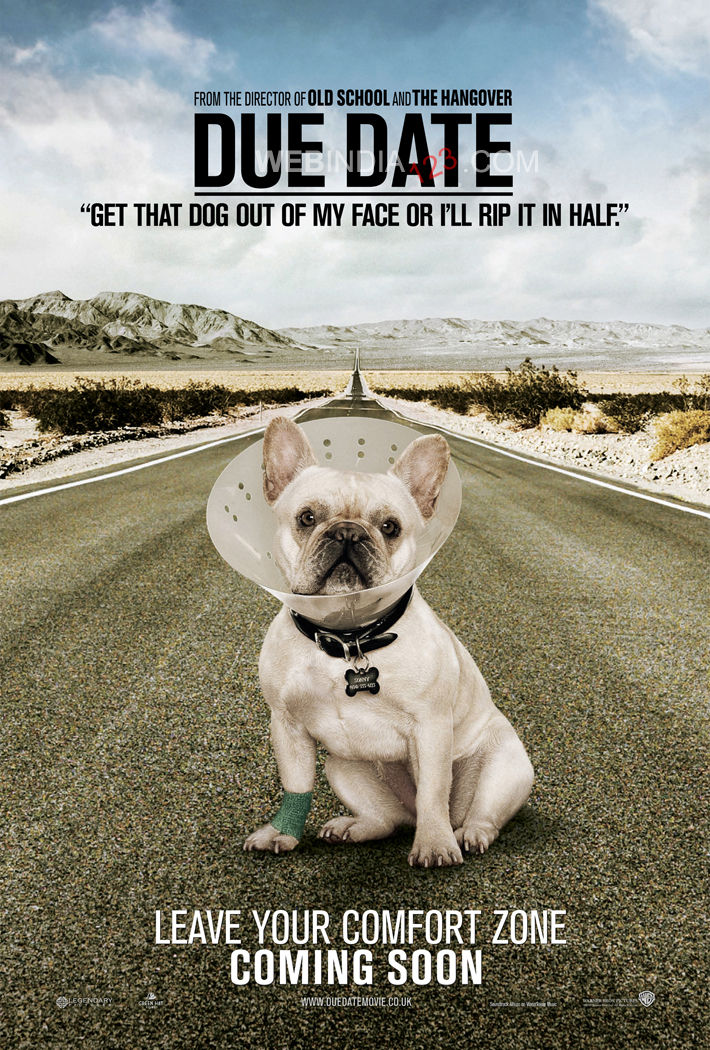 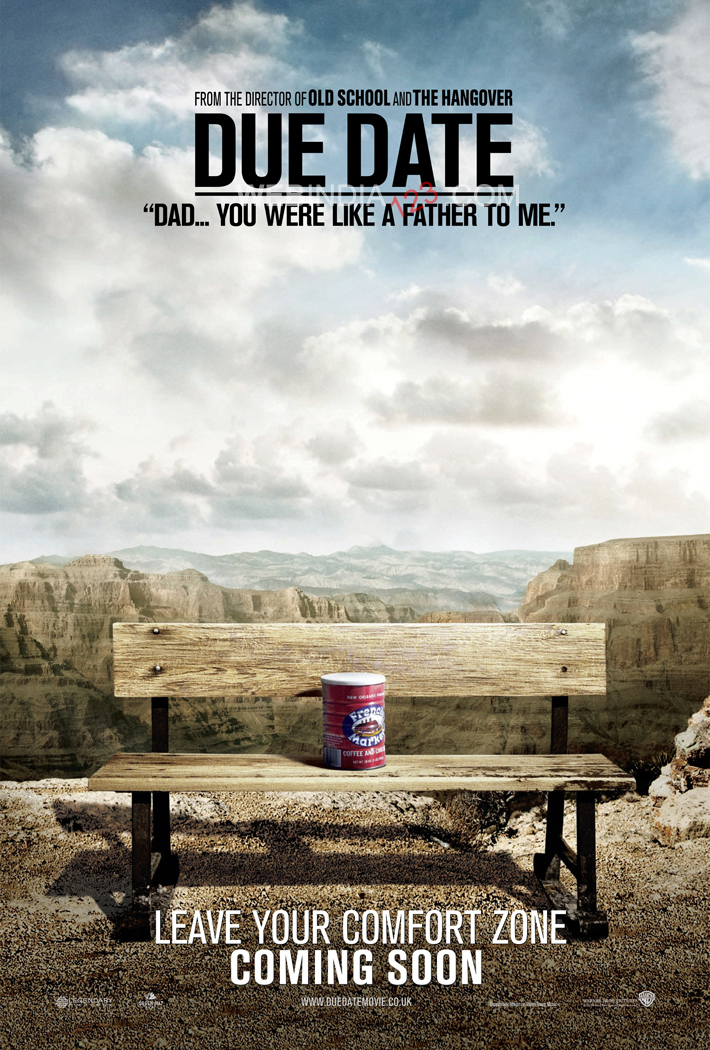