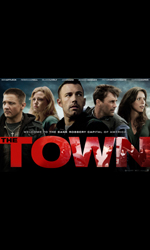 Ben Affleck hit the Hollywood jackpot walking out with a best screenplay Oscar right in his first cinematic outing. Many detractors have since been busy proving that it was nothing but a beginner`s luck. With "The Town", Affleck - both the actor and the director - lays all doubts to rest and proves, perhaps once and for all, that he is a Hollywood tour-de-force to reckon with.

"The Town" is set in the neighbourhood of Charlestown, a one square mile Irish-Catholic ghetto in Boston, which till the 1990`s was responsible for a series of bank and armoured car robberies. Doug (Ben Affleck) is a second generation bank robber, who with his three friends, rob a bank and take a woman manager, Claire (Rebecca Hall), hostage.

After finding out that she stays in the same neighbourhood as them and afraid that she might spill the beans, Doug trails her and falls in love with her. When he wants out from a life of crime, his hazy childhood is devastatingly cleared up as he realizes that there is perhaps no way out from a crime infested past.

The slick, fast and modern depiction of a bank robbery in the opening scene, where the smart robbers burn hard disks, and any DNA traces, sets up the pace for the film. And to Affleck`s credit, he gets almost everything perfect - the pace, the camerawork, the slick editing and most of all the cast. Each man, and woman, in the film plays his part to the hilt.

Yet, it is Jeremy Renner, who plays an angry James, Doug`s best friend and partner in crime, who steals the show. He brings out the rage and spontaneity of his character with aplomb. In front of his brilliance, Affleck, despite showing one of his most commendable acting performances ever, seems like a supporting cast.

"The Town", based on Chuck Hogan`s novel "Prince of Thieves", is a tight and confidently directed thriller which rises above the din of other heist-flicks in the nuances it brings out from its flawed characters, and their imperfect lives. It subtly articulates the undercurrents of a crime-town, and its minute workings with the flourish of an impressionist painter.

The only two sore points of the film are the seemingly unlikely romance and the ending where Doug manages to get away with considerable ease, despite tight security.

It has to be remembered that Affleck`s first outing as director in "Gone Baby Gone" was again set in a similarly close knit community of drugs and crime in Boston. There too he had managed to get the nuances of the story, as well as of the surroundings, with panache.

"The Town", as well as Affleck`s previous directorial outing, makes one wonder whether it was indeed direction that was his true calling. And the world of cinema would stand to gain a lot if he moves with greater focus in that direction.

There are over 300 bank robberies in Boston every year.  And a one-square-mile neighborhood in Boston, called Charlestown, has produced more bank and armored car robbers than anywhere in the U.S.

One of them is Doug MacRay (Ben Affleck), but he is not cut from the same cloth as his fellow thieves. Unlike them, Doug had a chance at success, a chance to escape following in his father’s criminal footsteps.  Instead he became the leader of a crew of ruthless bank robbers, who pride themselves on taking what they want and getting out clean.  The only family Doug has are his partners in crime, especially Jem (Jeremy Renner), who, despite his dangerous, hair-trigger temper, is the closest thing Doug ever had to a brother.

However, everything changed on the gang’s last job when Jem briefly took a hostage: bank manager Claire Keesey (Rebecca Hall).  When they discover she lives in Charlestown, Jem gets nervous and wants to check out what she might have seen.  Knowing what Jem is capable of, Doug takes charge.  He seeks out Claire, who has no idea that their encounter is not by chance or that this charming stranger is one of the men who terrorized her only days before.

As his relationship with Claire deepens into a passionate romance, Doug wants out of this life and the town. But with the Feds, led by Agent Frawley (Jon Hamm), closing in and Jem questioning his loyalty, Doug realizes that getting out will not be easy and, worse, may put Claire in the line of fire. Any choices he once had have boiled down to one: betray his friends or lose the woman he loves.

Academy Award® winner Ben Affleck (“Good Will Hunting,” “Gone Baby Gone”) directed and stars in “The Town,” a dramatic thriller about robbers and cops, friendship and betrayal, love and hope, and escaping a past that has no future. 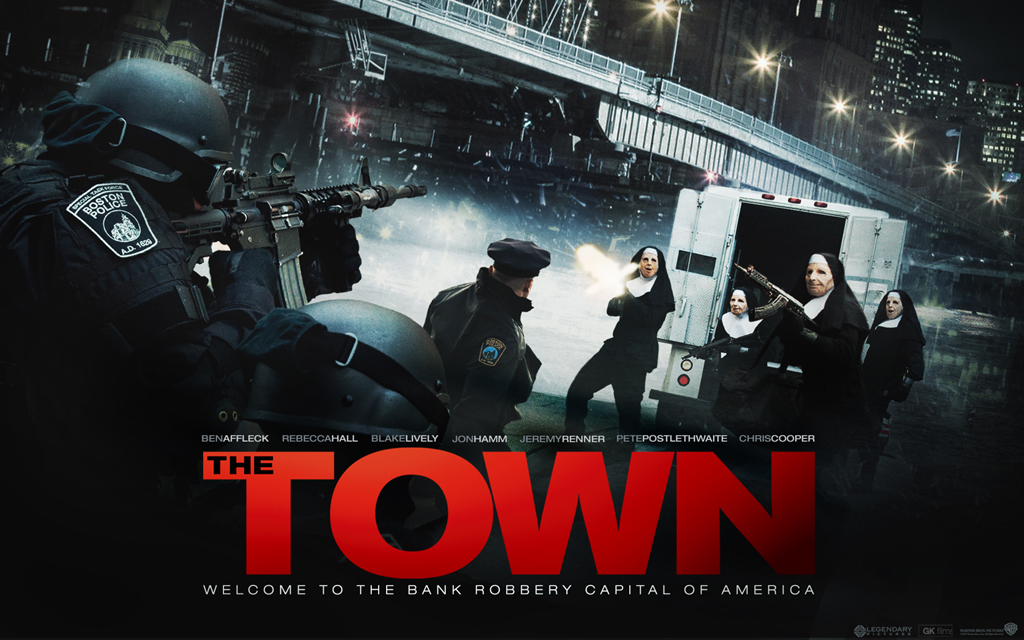