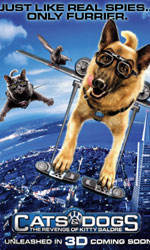 This has to be a pet-lovers delight -- watching canines, felines, mousy and birdie creatures imitating the best and worst of humans. As regards to a film and its elements, it may not hold much ground, filled as it is with clichés, but it is worth a watch just for the delight of seeing their antics.

It`s a world where the only thing that stands between humans and total chaos is, well, you guessed it, man`s best pet and friend - dogs. That world is about to be threatened by Kitty Galore (Betty Milder), the most evil feline to walk the planet who plans to release worldwide an ultrasonic sound `call of the wild` that will make dogs go mad and attack humans. The only way out is for felines and canines to join force and save the day.

Ever since the surprise global success of the first part in 2001, the sequel was in the offing. The first part was done mostly with well trained dogs and cats. The second part has so much special effects, add to that 3D, that those who loved the first one, and even others, would be delighted.

There are so many references to phrases related to cats and dogs (`felinism` to replace feminism, `Oh my dog` instead of `oh my god`), references to `pet` literature (Jack London`s masterpiece `Call of the Wild`), popular cinema (Lethal Weapon, Silence of the Lambs and James Bond flicks). While it adds to the fun ride at times, large doses can get boring.

Yet, if you relax your standards a bit, you might enjoy it.

It could, however, have been much better, if the analogy of enemies coming together to save the world had been played a little better. For example they could have shown humans warring among each other even as the felines and canines discard their age old enmity to come together for a common goal.

Despite these and many flaws, the effort, and the high-profile people associated with it, including ex-Bond Roger Moore who also dubs for it, itself deserves a huge round of applause from animal lovers worldwide.

In the age-old battle between cats and dogs, one crazed feline has taken things a paw too far.

Kitty Galore, formerly an agent for cat spy organization MEOWS, has gone rogue and hatched a diabolical plan to not only bring her canine enemies to heel, but take down her former kitty comrades and make the world her scratching post.  Faced with this unprecedented threat, cats and dogs will be forced to join forces for the first time in history in an unlikely alliance to save themselves—and their humans—in “Cats & Dogs: The Revenge of Kitty Galore,” a comedy in 3D that blends live action with state-of-the-art puppetry and computer animation.

“Cats & Dogs: The Revenge of Kitty Galore” will be distributed worldwide by Warner Bros. Pictures, a Warner Bros. Entertainment Company, and in select territories by Village Roadshow Pictures 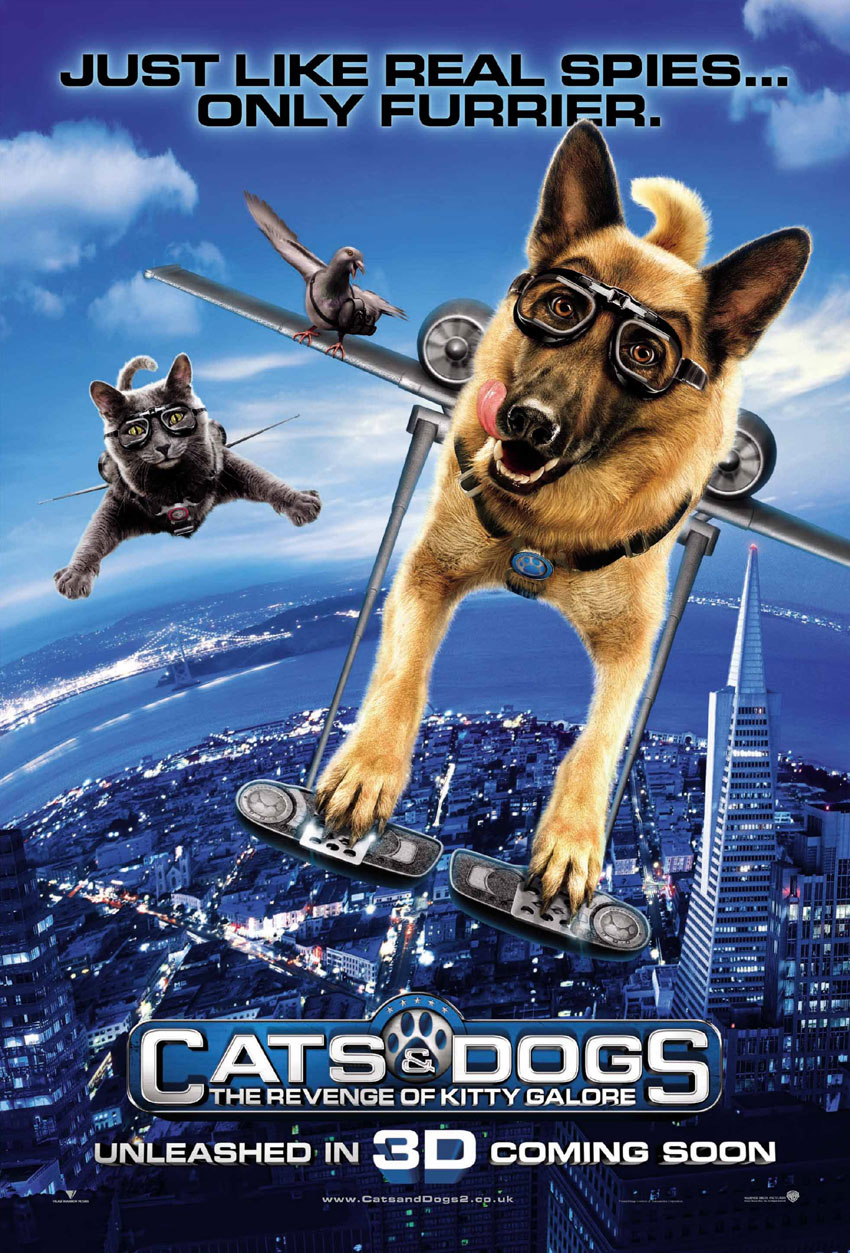