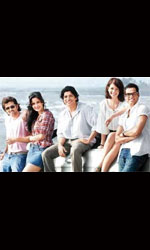 First the good news. Zindagi… is one of the most nuanced, evenly paced and well executed films in commercial Indian cinema. This cross between Dil Chahta Hai and Sideways is funny and honest, but it is marred by one fundamental flaw - it has nothing important to say.

Yes, to a select few, neo-rich one percent of its audience who find nirvana swimming under Spanish seas or for whom freedom is feeling the wind in your hand from a high speed car, the message is loud and clear - you only live once so live it full. But one has to wonder, should a commercial film be made keeping just one percent of the audience in mind?

Yes, it is a message that everyone else needs as well, but should that message ride on a pleasure trip through Spanish landscape where there is beauty but no `zindagi` or should it have been closer home, in the squalor and madness and `life` of this nation.

Three old friends - Arjun (Hritik Roshan), Imran (Farhan Akthar) and Kabir (Abhay Deol) - go on a three-week bachelor`s road trip through Spain before Kabir`s marriage, only to come face to face with their own fears and insecurities.

Globally there are too many road-trip films for Zoya Akhtar to bring anything new to the cinematic table. What she could have done was to have enough emotional pull for the viewer to empathise with the characters. But would you empathise with the fatherly, marriage-related and heartbreak problems of three rich men who really have everything going for them? Besides its one percent audience, the rest would find the existential angst of these three men, a creation of their own vanity.

Yet, besides its many flaws, dishonesty is not one of them. It`s an honest film about the type of people the filmmaker interacts with daily. Sadly, that is perhaps the only cross section of society that Zoya Akhtar has known in her urban living. The problem with the film is thus the problem in the worldview of its maker, which is extremely limited in scope. And that is a shame because Zoya is a nuanced and refined filmmaker. She could do wonders with a story that is real and about real men and women.

Zindagi… thus actually ends up being like a big-budget film with the heart and audience of a small-budget indie. And that mismatch will perhaps do the film in at the box office.

Cinematically though, Zoya does try desperately to transcend the obvious, to mean the message rather than say it, like say a Sideways or Lost in Translation does. And though she knocks on the door of this transcendence, she is unable to pass through.

Commercial filmmakers in the past, either came from the grassroots like a Mehboob or Guru Dutt, or were concerned about it like Raj Kapoor. Their films hence reflected - sometimes directly - and often in the films written by Zoya`s father Javed Akthar, allegorically, the angst, pain and the struggle for survival of the nation`s teeming masses.

Sadly, as their world ended up becoming cocooned from life around, the connection their kids had with reality, became limited. The result are some really well made films, but ones with `zindagi` only in their titles, not in their guts.

Actor Abhay Deol, who was a part of Zoya Akhtar's memorable film "Zindagi Na Milegi Dobara", says the primary cast members, including Hrithik Roshan and Farhan Akhtar, are ready for a sequel, but the director needs to say "yes".There have been media reports that Zoya Akhtar may consider making a sequel after she finishes shooting of her current film "Gully Boy".Read More

The sibling duo Zoya and Farhan Akhtar are all set to team up once again and this time it's for 'Gully Boys'.Read More

Kabir ( Abhay Deol) has just met Natasha. 6 months later they are engaged. He wants to go on an extended bachelor party. A 3 week road trip with Imraan (Farhan Akhtar) and Arjun (Hrithik Roshan) – his 2 friends since school. The only problem is Arjun is too tied up with work. After much emotional blackmail and cajoling the boys set off on a journey they were meant to take 4 years ago.

A fantasy holiday they had planned to take after college but never happened. A road trip where each one gets to do the ultimate sport of his choice and other two just have to do it with him. Whether they want to or not.

Kabir, Imraan and Arjun meet up in Barcelona and set off on an adventure that will not only make them iron out their differences but also face their fears, alter their perception, unravel their fabric, force them to break out of the box and teach them to seize the day.

In other words, a holiday that will change their life forever. 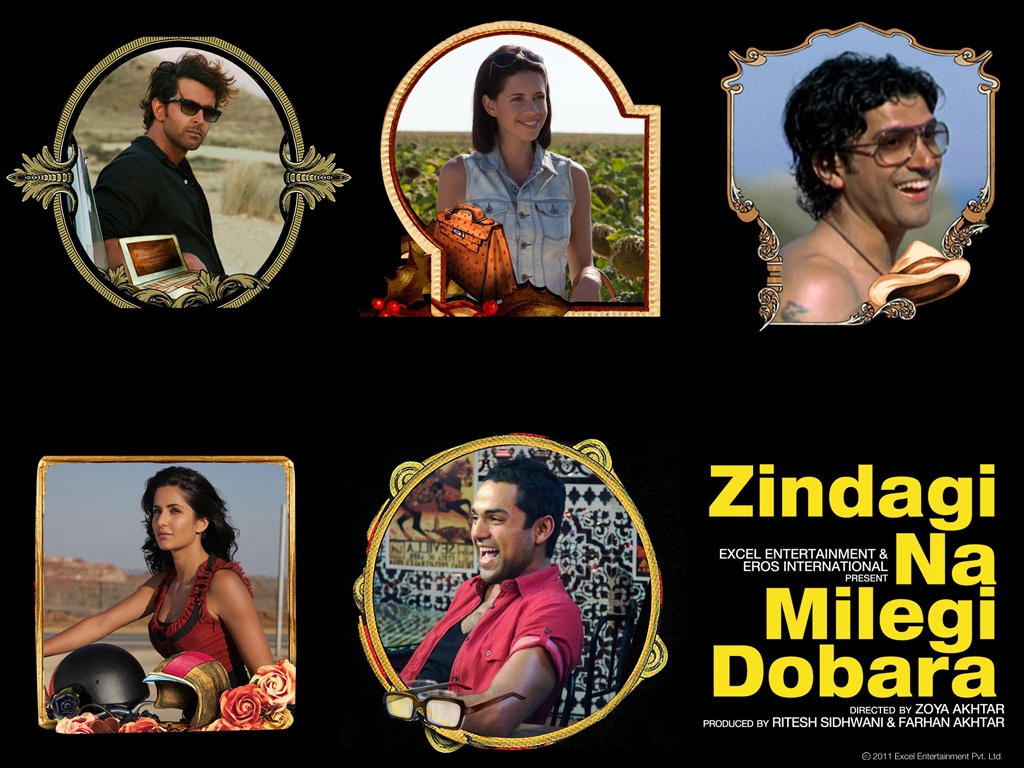