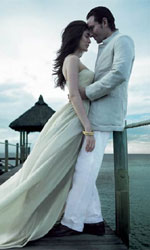 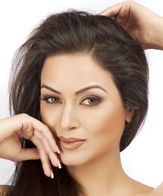 Believe me, it`s really a small world.Even though a film purporting to be as epic in proportion as Agent Vinod travels all across the world to capture some of the most never-seen spots in the world, the plot - an intelligent clever, urbane and wry melange of Bourne and Bond, Farz and Mission Impossible, finally finds its most assured resting-place in apana jahaan Delhi.

The last half hour where an international terrorist outfit attempts to blow up Delhi, gets the grammar of an espionage thriller so riveting and so right, you wonder what took director Sriram Raghavan so long to get there.

Agent Vinod is the kind of meticulously crafted spy drama where cerebral considerations mesh into more earthy demands of commercial Hindi cinema, like item songs in smoky bars, shootouts in dust toasted-brown locations that are as treacherous as they are daunting and, wonder of wonders, a clumsily-choreographed Mujra which doesn`t quite fit into the smooth storytelling.

Smitten more than we can eschew.

From its opening in a Taliban-infested area, there is no dearth of intrigue in Agent Vinod. Agents, counter-agents, moles and molls, open-air flea markets and shopping malls jostle for attention in a script that appears to know its John le Carrre as well as its Nick Carter.

Raghavan spins a delicious yarn of guns and growls, but blessedly no gadgets. The action is crackling. The soundtrack is a chirpy mix of cheesy retro (RD and Asha Bhosle Meri jaan tune kaha from the film The Train pops up unannounced) and contemporary techno sounds.

The plot, perched precariously on the brink of self-indulgence, never spins out of control.

Clearly Sriram and Saif adore the spy genre. We can see the fun they`ve had in doing this film. But beneath the boys-having-fun mood is an undertone of reverence for all the espionage films from our own Agent Vinod in 1977 to Hollywood`s Mission Impossible series.

Holding the restless plot in place is Saif`s clenched and controlled performance. He desists from playing the spy to the galleries. He is urbane cool, yes. But he doesn`t enjoy shooting the enemies for his country and really, patriotic jingoism is left far behind in the race to save civilisation from a nuclear catastrophe. There`s a job to be done.And no room for fornication and fun.

Agent Vinod must be the only spy film from India where the Indian flag is not saluted or even mentioned in passing in hushed or shrill tones. This guy with a funny name would rather get along with the job .

Saif`s performance is unfussy, no-nonsense and largely humourless. The end-title when he attempts to do a funny song seem so out of character, you wonder why the spy is trying so hard to be comical when we like him Martini-dry .

Ambling from one exotic location to another with the irradiant Kareena Kapoor in tow, Saif is a portrait of restrained heroism. He gets much-needed support from a cast of actors who seem to have been chosen without a second option. Every player knows his job and does it without looking distracted or self-important.

Raghavan`s direction is deep-focussed on the inner world of people who live on the edge. There is no room for romance or emotions. In the only meaty sequence that she has, Kareena moves us to tears when she tells Saif she wants a normal girl`s life. Significantly Saif eats as she weeps.

No, he isn`t rude. Just honest. Life doesn`t just go on. It goes on uncaring about those moments of tearful stock-taking which moviegoers would like to think of as the essence of life.

For all its sharply-defined interludes of counter-intelligence manoeuvres, Agent Vinod tends to get long-winded, though miraculously the narrative never gets out of breath. On the contrary it takes our breath away towards the end when in a climactic bomb-defusion end-game that is reminiscent of Mani Shankar`s 16 December.

The globally-shot material is edited by Pooja Ladha Surti with more room for the narrative to sprawl and recline than necessary. Really, how much of the disconnected derring-do can we take before we throw our hands up in unresisting surrender?

The action sequences by Peter Heins and Parvez are sometimes heart-in-the-mouth. Other times they seem to have been put together on the editing table.

Life`s like that. You are either swept away in circumstances beyond your control. Or you create situations that you choose to be swept away in.

Agent Vinod is not quite the overwhelming experience that you would want a global espionage thriller to be. More thoughtful than thundering, more la Carre and less Bond it nonetheless take the spy genre in Hindi to a new level of finesse. Finally, the cool quotient in Raghavan`s chic spin on the espionage thriller is so high that you forget Bond and all his bloody brothers.

Saif imparts a dry devilish dispassion to his spy`s part,. He doesn`t get time to tell Kareena how much he loves her.

That`s for the best. We already know that.

They may be a couple in real life, but on screen Saif Ali Khan and Kareena Kapoor are about to clash over item numbers in the film "Agent Vinod". Read More

The story begins with a series of seemingly unconnected events.

All over the Globe.

In Uzbekistan, Anex KGB Officer is tortured and murdered.

In Cape Town, A Group of International Business Tycoons discuss a rumor that the dead KGB officer had a nuclear suitcase bomb hidden away.

In Moscow, An Indian secret Agent is exposed. The Agent is shot dead while trying to send a code red message to India.

In India, the head of raw sees the incomplete message. All it contains is a number 242.

Vinod (Saif Ali Khan) is the kind of Agent who first kicks the door open and then finds out whats behind it. His unconventional approach puts him in dangerous situations, But he manages to get the crucial leads.

Vinod is sent to Mosocow, to investigate why his colleague was killed.

Vinod finds out that a Russian money launder Abu Nazar has sent 50 million dollars to a contact in Moorocco, for an operation against India.

Vinod leaves for Morocco, where he meets an elderly Mafiosi Kazan and the beautifull but mysterious or Ruby.

A series of twists and turns take Vinod across the Globe from Marakkesh To Riga, Karachi to Delhi and finally London where he discovers the ultimate conspiracy.

Agent Vinod, you may not agree with his methods, but you sure are glad he`s on your side..

Agent Vinod your passport to action and adventure. 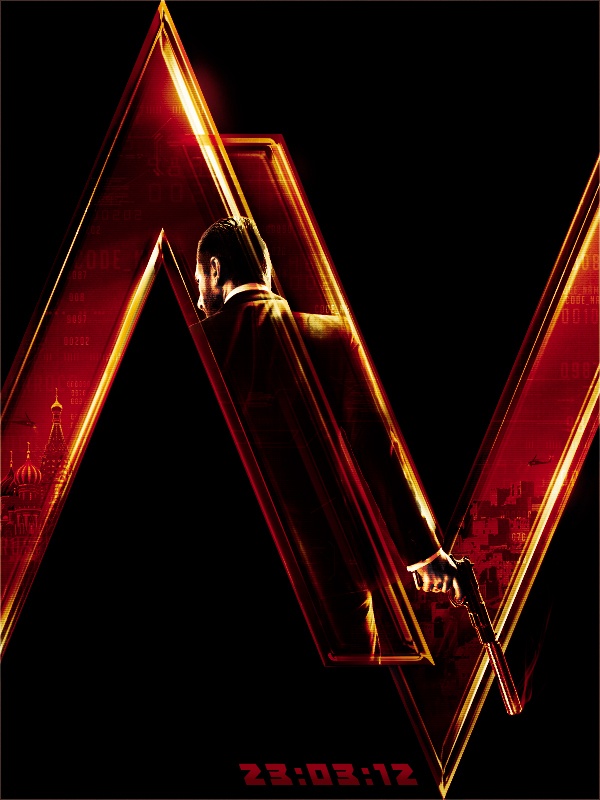 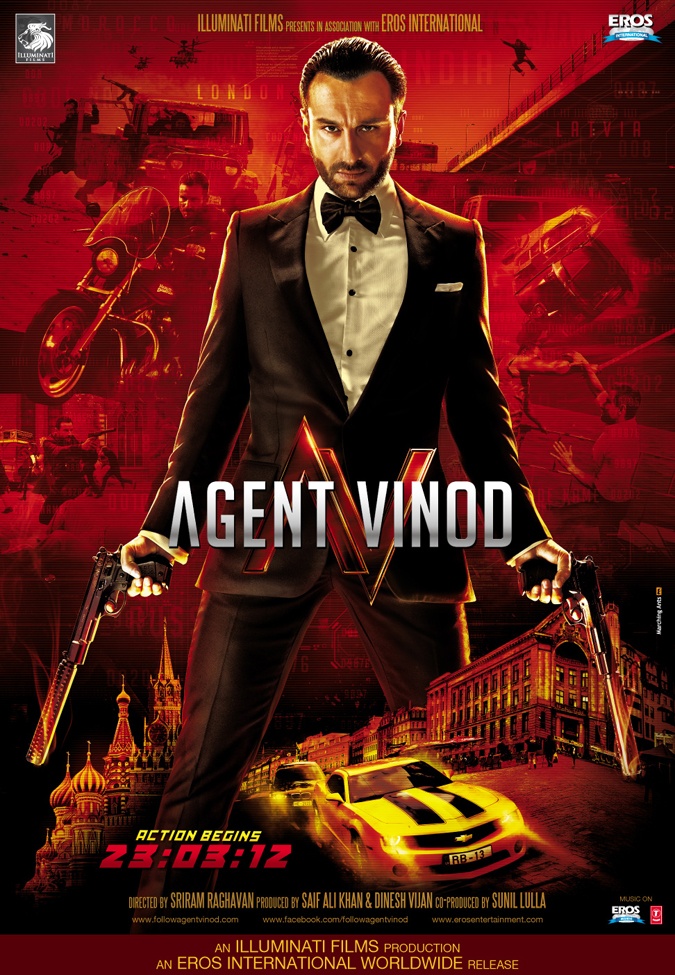 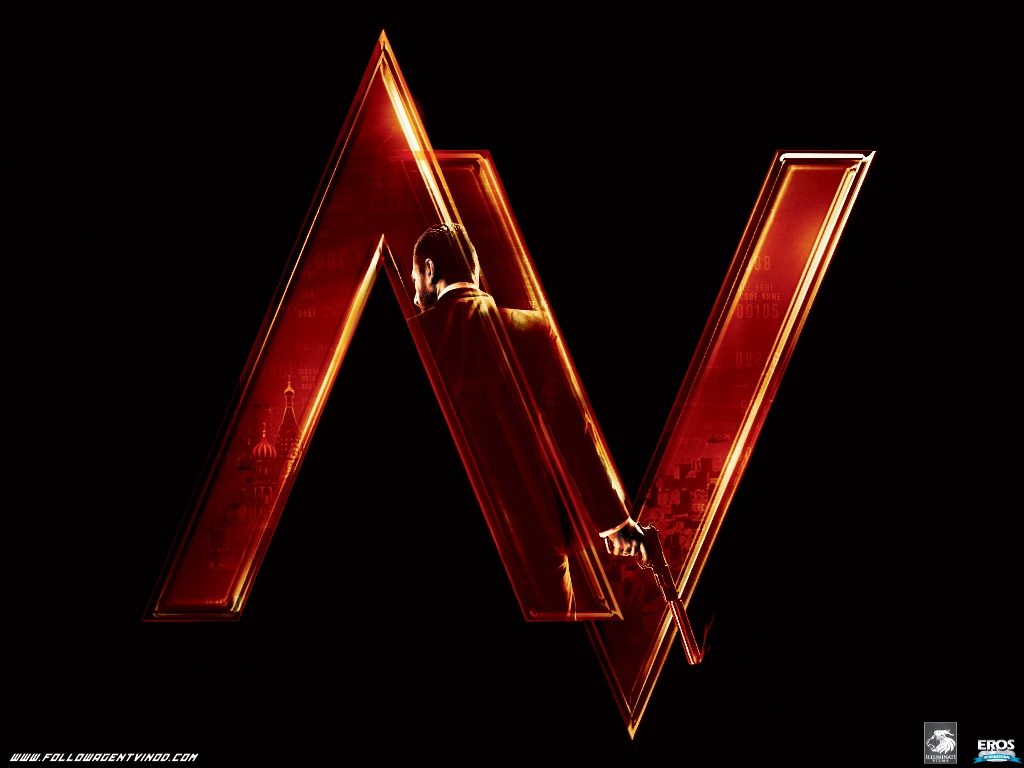 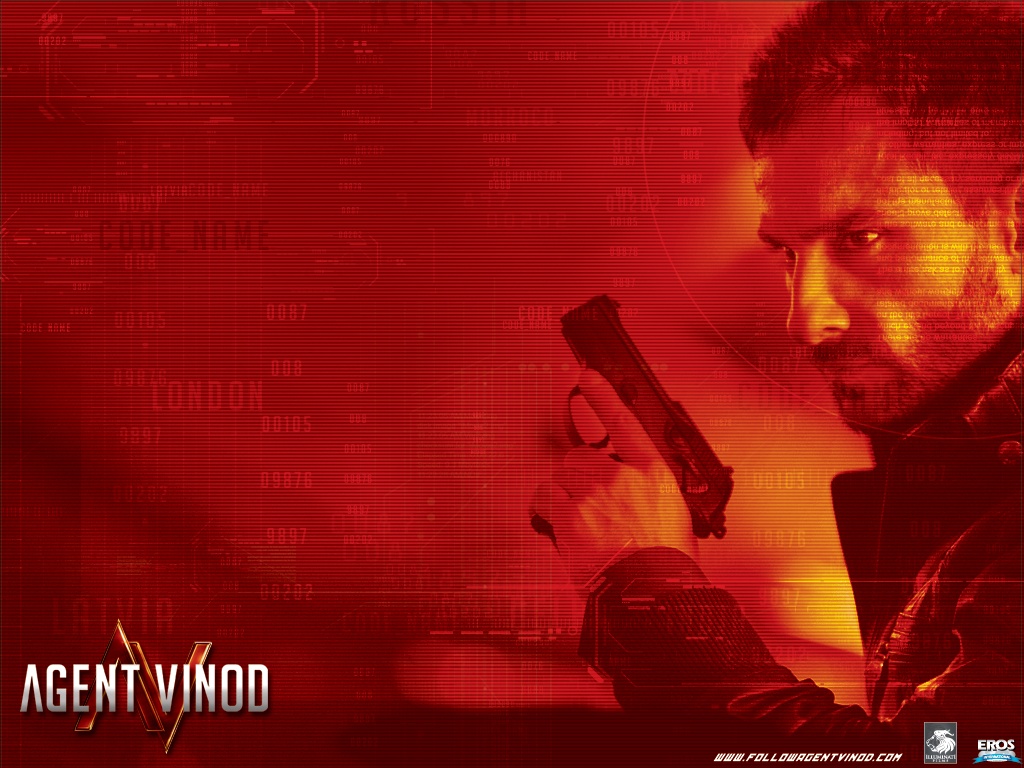 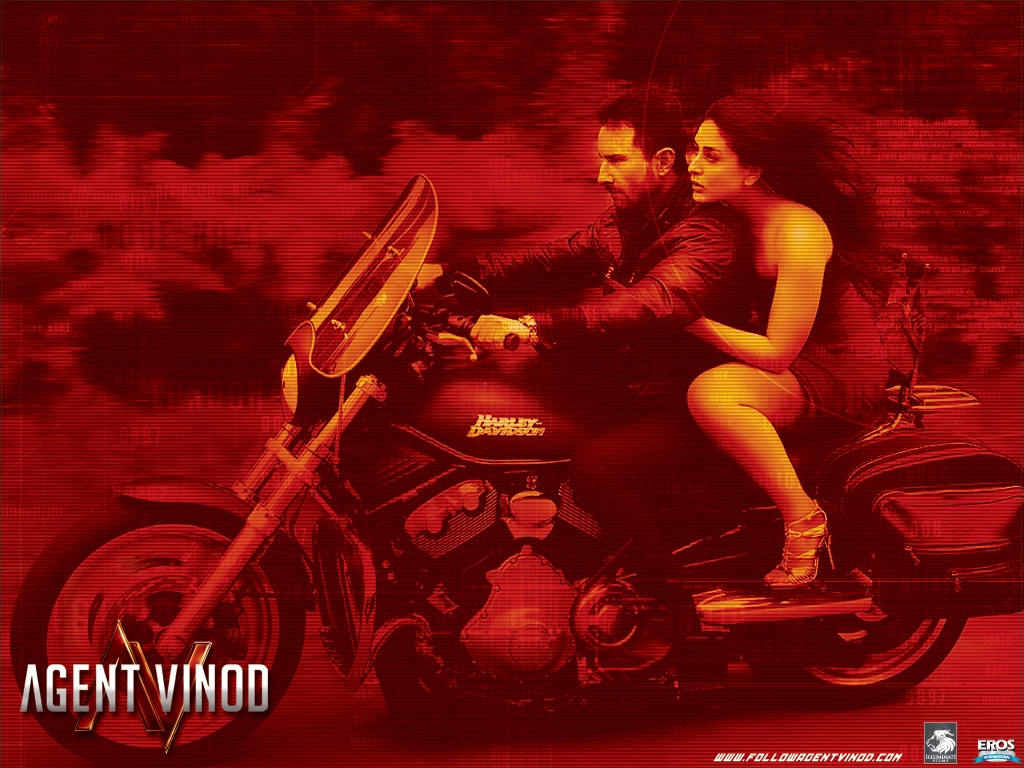 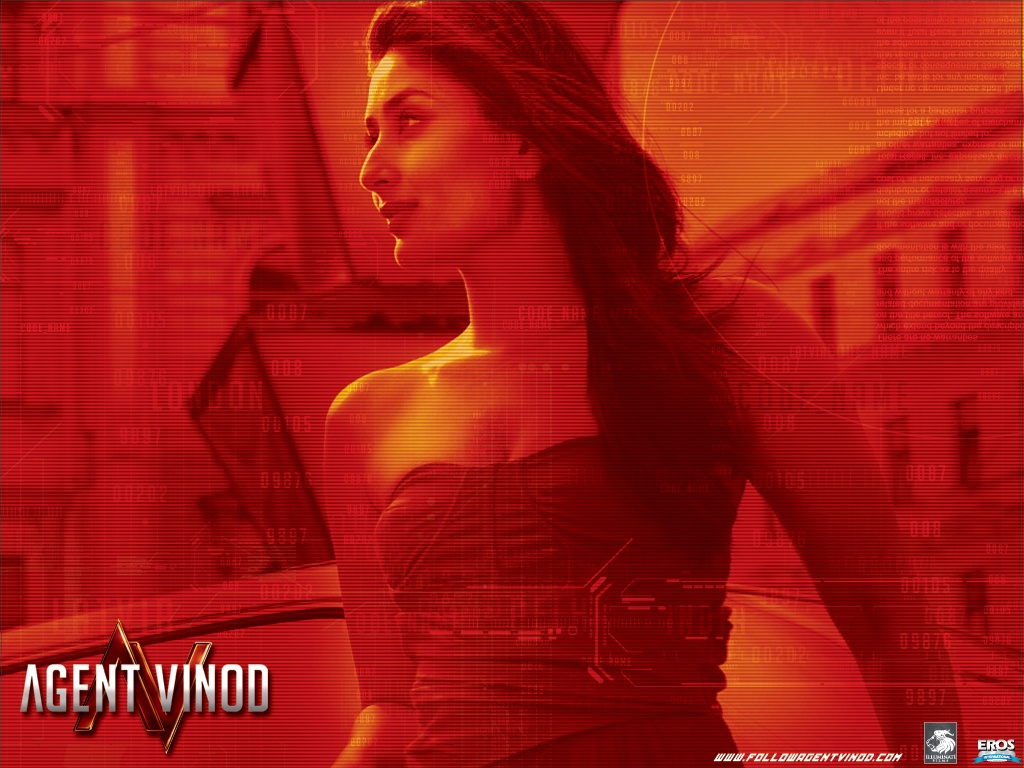 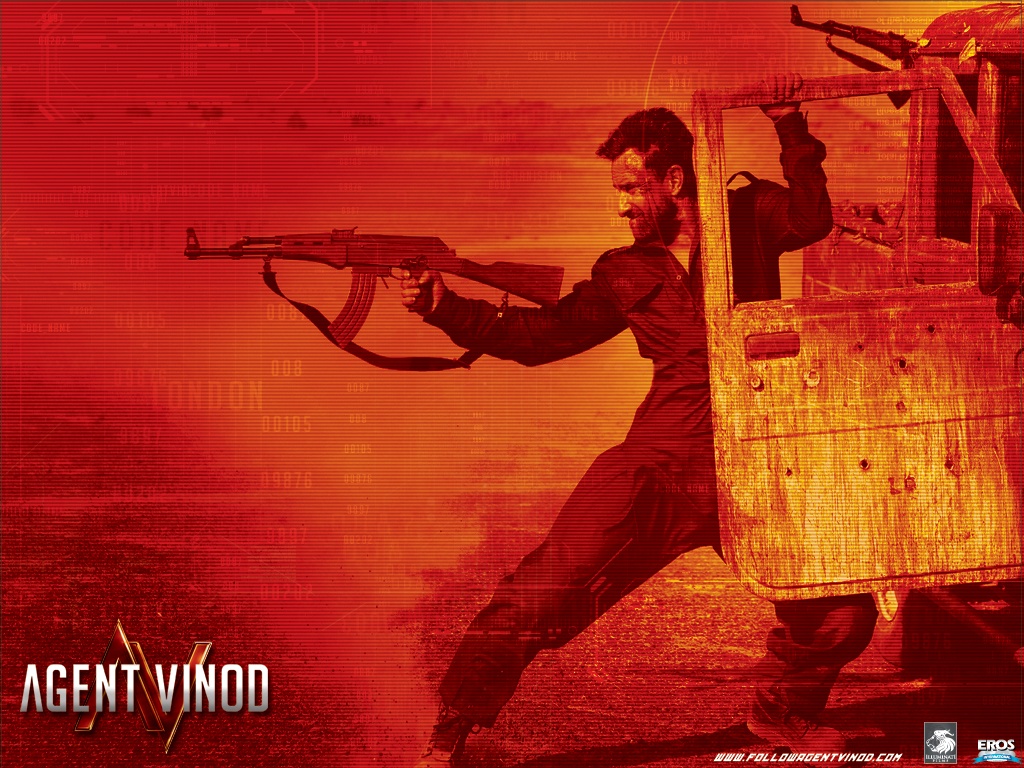