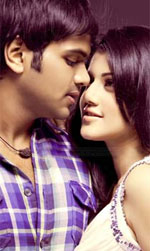 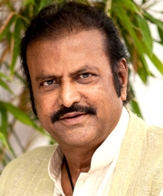 The Telugu movie industry`s most successful director K. Raghavendra Rao has returned to direction with Jummandi Naada after a gap.

After doing three period devotional films Annamaiah, Ramadasu and then Panduranga, this time he wielded the megaphone for a social film. Of the three, Annamaiah and Ramadasu were decent hits and were also critically and aesthetically appreciated.

Rao`s Jummandi Nadam, a musical social fantasy, has the usual mix of fantasy, great visuals, lilting music and a little bit of comedy. Rao followed his signature style, which had made him top director of the Telugu film industry without realising that now the audiences are looking for something fresh and novel.

Rao`s forumlaic narration of a very cliched story had a large appeal years ago, but not any more. The story has been seen in many films that have hit the screen in the past three decades. Rao has just focused on songs picturisation and the actress.

The film can be labelled old wine in an old bottle and nothing else. Even the comedy sequences look like rehashed from old films of Rao.

The only positive thing about the film is its music. M.M. Keervani has delivered an impressive compositions in the film and Gopala Reddy has captured some good visuals.

Balu aspires to become a good singer and moves to Hyderabad to fulfil his dreams. He meets Shravya, a NRI who is doing a documentary on folk music. She stays with a disciplinarian, Captain Rao. Balu always gets into an argument with his neighbour Rao who detests undisciplined youngsters.

Though Balu is in love with Shravya, his attempts to impress her are crushed by Rao. He even gives an option to Balu to either choose music or his love for Shravya, if at all he wants his musical band to participate in a big competition.

Balu opts for music, but finally true love triumphs over all odds.

Manchu Manoj, who gave good performance in the recently released Vedam, has worked hard in this film. He not only looks convincing as a musician, but is also good in comedy and emotional sequences. He is certainly improving with every film.

Jummandi Naadam is as an ordinary fare.