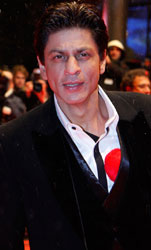 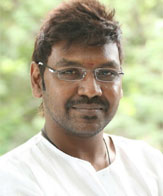 Here`s a movie the Hindi film industry can be proud of. Ra.One can be touted as the first Hindi film that blends the elegance of Hollywood with Indian sensibilities.

From the very onset, this classy sci-fi film sets the viewers` adrenalin soaring. It also educates, entertains and eulogises our culture. And, very predictably, from the very beginning you know that the crux of the film is about how good triumphs over evil.

Ra.One dwells into the virtual world of today`s youngsters who are hooked on to technology and video games.

Prateik (Armaan Verma) is one of them. For him the villain is the hero simply because he does not play by the rules. It`s winning, by hook or by crook, that matters to him.

Shekhar Subramanium (Shah Rukh Khan), the clumsy, nerdy game developer father of Prateik, lovingly tries convincing his son with, Allow me to quote.... and quotes Mahatma Gandhi and such like. The youngster is unimpressed, thereby revealing the generation and cultural gap between the two of them.

Disheartened by the strain in the father-son relationship, Shekhar develops the invincible Random Access One (Ra.One), who can take any form, to please his son. Still not fully convinced with his own creation, as a standby he also develops Good One (G- One), who could exterminate Ra.One if need be.

Excited with his father`s creation, Prateik plays Ra.One with a screen name, Lucifer. He manages to cross level two of the video game, thereby antagonising Ra.One. Unknown to Shekhar and his team, Ra.One steps out of the game into their real world to eliminate Lucifer, thereby threatening Prateik`s life.

This concept of the characters sliding from the virtual world into the real world seems to have been inspired from the Hollywood film, The Purple Rose of Cairo.

The way Shah Rukh gracefully slips into the roles of Shekhar, Ra.One and G-One, leaving no room for confusion, is remarkable.

He is the superhero of the film. That`s because the script was skillfully and convincingly put together by Anubhav Sinha, Kanika Dhillon, Mushtaq Sheikh and David Benullo. The dialogues by Kanika and Niranjan Iyengar are good in parts.

The little gimmicks by Sanjay Dutt, Priyanka Chopra and Rajnikant add to the lighter moments of the film but take the story nowhere.

Shahana Goswami as the employee at the electronic company and Arjun Rampal as Ra.One look fine for the roles they play but have very little to deliver. Armaan as Pratiek is impressive.

The outfits of Ra.One and G-One designed by Robert Kurtzman and the bright production design are worth a mention.

Vishal-Shekhar`s music and the background score along with the awesome stunts and thrilling chases are electrifying. The film would not have been what it is if it was not for Resul Pookutty`s sound design, Sanjay Sharma`s editing and for the visual and special effects team.

With all the minor blemishes, this movie is still worth seeing at least once.

This high energetic film is loaded with antics, animation and action. With many thrilling sequences mounted with grandeur, it gives you the feel of a live video game. It is probably one of the classiest movies seen in the Hindi film industry and a feather in Anubhav`s hat.

Anubhav Sinha to direct Rishi Kapoor, Tapasee Pannu in his next

Director and producer Anubhav Sinha is all set to bring Rishi Kapoor and Tapasee Pannu together for his upcoming movie 'Mulk.'Read More

Shah Rukh Khan-starrer 'Ra.One' might have been criticized as a film overall, but saw some excellent animation in it and won a National Award for 'Best Special Effects,' in 2012.Read More

A father trying hard to `fit-in` in his son`s badass world.

And a mother lost in translation between her husband`s `ingeva` and her son`s `innit`.

While Shekhar was trying every trick in the book to woo his son, get `dude-ified` and `up his coolness quotient`, his son had given up on him.

Just when the father-son duo hit a deadlock, Shekhar strikes gold when he designs one hell of a game.

Finally it all starts falling in place

.....not just a hard drive crash but a crash that would drive them to disaster and make their lives go - KABOOM!!!

...all hell breaks loose when the game that was meant to be played with