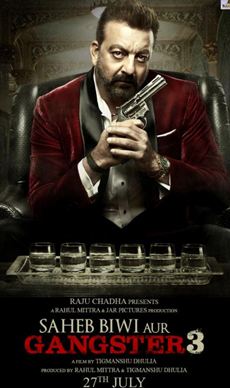 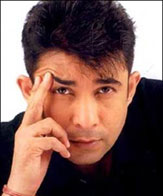 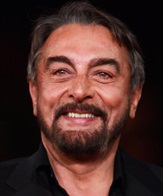 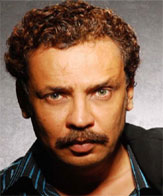 The third edition of Director Tigmanshu Dhulia's Saheb, Biwi Aur Gangster 3, once again revolves around its central characters, Saheb's first wife, Madhavi Devi (Mahie Gill) and Saheb aka Aditya Pratap Singh (Jimmy Sheirgill) plotting and planning to oust and eliminate each other in their quest for power and supremacy. Clearly there is no love lost between them.

Yuvraj Uday Singh (Sanjay Dutt), from another royal family, is a notorious gangster and a Russian Roulette expert, who is shunted away to London after he commits a murder. Upon his return, he too finds himself in the midst of a family which is playing games with him in a bid to have him removed from the scene.

A convoluted plot of treachery, deceit and lust, unfolds over a period of two hours plus, where each character tries to outdo and outsmart the other cleverly in this noir drama.

The setting in an opulent haveli in Boondigarh, in Rajasthan, remains the same and so do the central characters with the exception of Sanjay Dutt, who is a new addition as the gangster Baba. How the lives of the three central characters get intertwined and the unexpected twist in their intended plan, is what propels the film forward.

While the plot shrouded with ambiguity is long-winding and trite, it is the performances that keep the film afloat. There is not enough drama and the narrative is expectedly predictable. Also, packed with punch, the dialogues are the highlight of the film.

The first half appears confusing with a myriad characters being introduced without carefully dwelling upon their motive. Scenes in the first half seem to be insular and disjointed with the next. It is the second half that brings some semblance of normalcy, as the Director ties the loose ends.

Mahie Gill as the power hungry and scheming wife, constantly lusting after male attention, fits into her character with ease and is convincing.

Jimmy Sheirgill as Saheb, who is desperate to revive and win back his lost power and respect is equally adept at portraying his character and puts in a sincere effort.

Sanjay Dutt as the hot-headed, but sensitive Gangster essays his role with panache. He is endearing. Chitrangada Singh as Suhani a nautch girl and the Gangster's love interest, is wasted as is Soha Ali Khan as Ranjana, Saheb's second wife, who is perpetually sloshed.

The production values are good and the film is mounted astutely.

Lata Mangeskhar's popular song of yesteryears ‘Lagja gale se', is adroitly used in the narrative to establish the context and depicts the flavour of the lives of the characters.

The background number, ‘Jugni' too succinctly sums up the film and the racy pace of the song enhances the flavour too. However, the romantic number between Suhani and Uday is totally uncalled for.

Overall, ‘Saheb Biwi Aur Gangster 3' keeps you engrossed in parts as in some places the film drags and makes for tedious viewing.