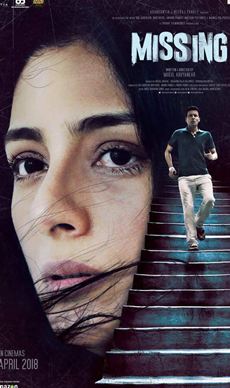 A psychological thriller, ‘Missing' is about the search of a three-year-old child, Titli, who goes missing from a resort in Mauritius one night.

Sushant Dubey, a compulsive but harmless flirt, reluctantly brings his wife Aparna and their three-year-old daughter Titli to Mauritius with him on a work tour, after she insists on accompanying him.

The very next morning after they check into the resort, Titli, who had been running a high fever, goes missing from their room in the wee hours.

The search for Titli and the subsequent investigation by Investigating Officer, Ramkhilawan Buddu (Annu Kapoor) and his team and the startling revelations that unfurl, form the crux of this film.

Manoj Bajpayee as Sushant Dubey fits the personality of the character he is essaying, like a glove, but performs with exaggerated mannerisms in certain scenes, almost reminiscent of his role in Ram Gopal Varma's ‘Kaun'. It is the weak story line and the poor handling of the plot is what further lets him down.

Tabu as Aparna, the concerned and anguished mother, is deeply convincing but lacks energy on screen.

Annu Kapoor as the investigating officer, is miscast and evokes unintentional laughter, with his mouthing dialogues in French with panache and then translating those in Hindi, for the benefit of the audience. His over acting and dramatic gestures, make him seem like a caricature.

The rest of the supporting cast deliver what is expected of them. What starts off as an interesting premise, sadly degenerates into an unconvincing, amateurish and mindless plot, replete with gaping loopholes. The story within a story, perhaps, intentionally crafted to engage the viewer, appears convoluted, incredulous and a tad slipshod.

The several versions and multiple points of view, a typical ingredient in a thriller, meant to give range, is uncalled for here and fails to build the necessary tension and drama.

The deliberate use of mise-en-scene purportedly to impart credibility, in fact takes away the seriousness and makes the film seem contrived. The emotional complexity given to the characters, especially that of Tabu's fails to make them rise to the occasion.

The weak plot and its poor treatment, are the undoing of this film which had the potential of becoming an exciting film. The resolution, a feeble attempt to lend an interesting twist, is shockingly unconvincing.

The music by M.M. Kreem, does nothing to uplift the viewing experience and the only song, a ‘Lori' sung by Tabu for her daughter, is lacklustre. The background score, however, enhances some of the scenes and accelerates the pace.

The beautiful locales of Mauritius captured effectively by cinematographer Sudeep Chatterjee, good production values and even the performances by a stellar cast, cannot salvage a weak plot.

Touted to be a thriller, the element of thrill is sadly missing in debutant Writer-Director Mukul Abhyankar's ‘Missing'.

Actor Manoj Bajpayee, who is busy shooting for director Milap Zaveri's yet-untitled-film, says he had to deliver over 400 lines in four night shifts."Pack up at 3:30 am for a person who wakes up at 5 am. Unfair my dear Milap Zaveri, my director and writer who made me deliver more than 400 lines in four night shifts. Full on dialoguebazi. Loved it and now silence for few days," Manoj tweeted early on Monday.Read More

Actor Annu Kapoor picked up some French lines for his role in the upcoming psychological thriller "Missing"."Annu Kapoor is a studious actor and a perfectionist. After spending years in the industry, he still studies his role very minutely.Read More

Missing - a psychological thriller which plays on the theme, ‘nothing is what it seems’, starring Tabu, Manoj Bajpayee and Annu Kapoor in lead roles. Missing, which hits the theatres on 6th April 2018, will reunite Tabu and Manoj Bajpayee after a long time on the silver screen. The film is presented by Abundantia and Neeraj Pandey in association with Sri Adhikari Brothers, Anand Pandit Motion Pictures & Manoj Bajpayee Productions, and is written and directed by Mukul Abhyankar. 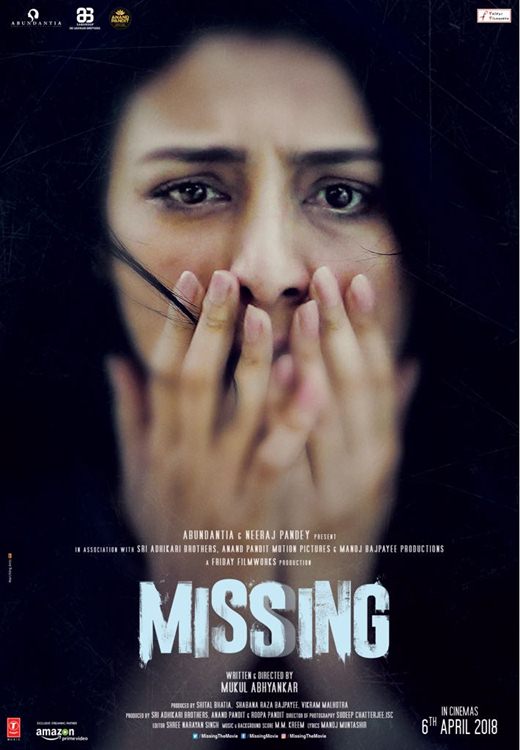 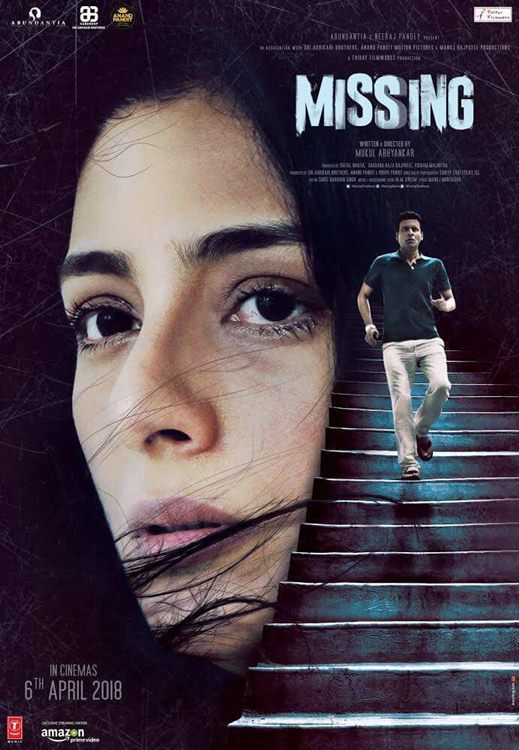