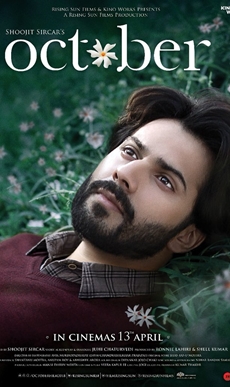 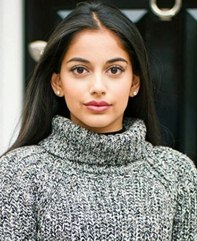 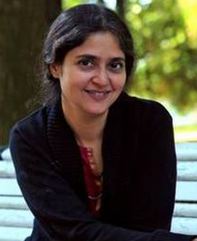 In a film where everything that could possibly wrong for the characters, does go wrong, there is almost nothing that the director does that can even remotely be considered wrong.

Shoojit Sircar understands and empathizes the pulse of the working class, their fears and anxieties. It could be an abundant sperm count (Vicky Donor) or constipation (Piku). The anxiety never ceases. In "October", it is death and mortality that bind the characters in a clasp of compassion, not in any obvious way. But in the way the universe conspires to keep the world from falling apart.

Juhi Chaturvedi's writing is so lucid I felt I knew first-hand all the characters who populate her wondrous world of alchemized pain. The plot about an obdurate seemingly obnoxious hotel-management trainee, played with wilful gusto by Varun Dhawan, who decides that the quiet shy colleague Shiuli (debutante Banita Sandhu) who has gone into a coma has some kind of a bonding with him.

Unsure of that thing we call love, Varun Dhawan's Dan simply lives on the idea of love, extolling its idealism to a point where his existence is defined by one casual 3-worded question that Shiuli asked her colleagues before she slipped into a long coma.

The scenes in the hospital that follow, the distress of Shiuli's family of mother, sister, brother and an insensitive uncle, is so cogently mapped in the narrative I could almost hear the sound of my own heart pumping as I walked in that hospital lobby with Dan.

However, the resemblance is purely cosmetic. Deep down, "October" is a resolutely original exposition on love as defined by the rites of mortality. The characters are vividly etched and the credit for their firsthand accessibility must partly go to the wonderful actors who come together to act out Shoojit Sircar's ode to the idea of love.

This is a deeply meditative melancholic drama filled with resplendent visuals of trees shedding leaves and flowers almost as if they were crying over the loss of love. The narrative is denuded of all elements of hysteria and melodrama. Studied and yet spontaneous, Shoojit Sircar's outstanding grip over his narrative and characters is reinforced by the camerawork (Avik Mukhopadhyay) which celebrates the pulsating allure of Nature and Life while all around us, things fall apart and mortality seeps into our soul.

Varun Dhawan's deep understanding of what makes a character as seemingly overbearing as Dan bring out his sensitive side, navigates the film's simple elegant structure through a maze of life-transforming experiences which convey the unexpectedness of life as it suddenly swerves into death.

Director Shoojt Sircar's "October" is a poignant tale about love and hope, where Shiuli or night Jasmine flowers, which are perfumed and spread their fragrance everywhere and abound in autumn, is cleverly used as a metaphor to denote the ephemeral nature of life.

Danish Walia or Dan (Varun Dhawan), as he is fondly called is a hotel management intern at a five star hotel in Delhi, who is known for his brusque and self-assured ways.

Always dreaming of something big, he dislikes the menial chores assigned to him and is irresponsible and undependable. His friends, who are his colleagues at work, including Shiuli Iyer (Banita Sandhu) and Manjeet, often cover up for him and save him from trouble.

A chance accident which lands Shiuli Iyer in hospital, results in the uncaring and indifferent Dan transform into a new person. His whole life revolves around ensuring that Shiuli recovers and he inadvertently becomes a pillar of strength for her family, especially her mother Prof Iyer (Gitanjali Rao).

Although the pace of the film is painfully slow and a large chunk of it is based in a morbid setting -- a hospital, it is completely devoid of melodrama.

Nowhere in the film is there a romance spelt out yet, the underlying love and longing makes it stand apart.

The film appears unhurried, but does not seem jarring, as it complements the flavour of the narrative.

Writer Juhi Chaturvedi skilfully injects humour through the witty dialogues -- whether about varicose veins or wrongly laundered underwear, mostly mouthed by the brash and tactless Dan, thus never allowing monotony to set in.

Each character is well-etched and fits snugly into the plot, which flows smoothly. Although seemingly predictable, the end brings with it an unexpected twist which sums up the film succinctly.

Varun Dhawan excels as Dan and the metamorphosis of his character without seeming overly emotional or mushy, is well-written and astutely handled by him as an actor.

He is infuriatingly lazy and cocky in the first half as he is caring and inquisitive about Shiuli's treatment in the second.

Sardonic barbs and cheeky lies, come naturally to Dan and Varun Dhawan becomes Dan with ease. Less is more, is his mantra throughout his restrained portrayal of Dan.

Shiuli Iyer played by Banita Sandhu is a character you empathise with. She is effective in her body language and expressions, albeit on the hospital bed.

Gitanjali Rao as Prof Iyer, Shiuli's mother leaves a strong impact through her portrayal of a distraught, but strong mother who conducts herself with unflinching poise.

The other character actors too lend able support and essay their roles with credibility and sincerity.

Shantanu Moitra's soul-stirring background score enhances the emotional quotient of the narrative, while cinematographer Avik Mukhopadhyay presents autumn and its hues magnificently through his lens and captures the Delhi fog with equal panache.

"October" may not be your typical action or entertaining film, but the fragrance of the characters and their lives lingers long after you leave the theatre.

Not doing anything on-screen was hardest: Banita Sandhu on 'October'

Staying still with her eyes shut and not doing anything on-screen was the hardest challenge for British Indian actress Banita Sandhu while shooting "October".Banita, who plays a comatose girl in Shoojit Sircar's highly-lauded film, says a whole lot of homework went into playing Shiuli, the girl who plunges from a high rise to a near-death experience.She says the most irksome part of doing this role was to cease all activity.Read More 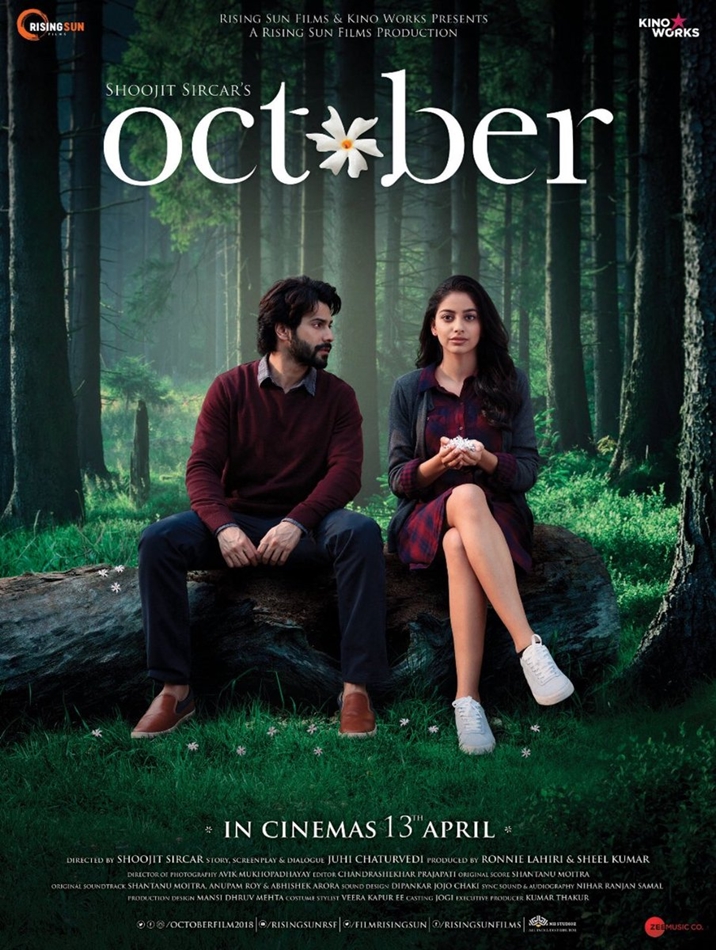 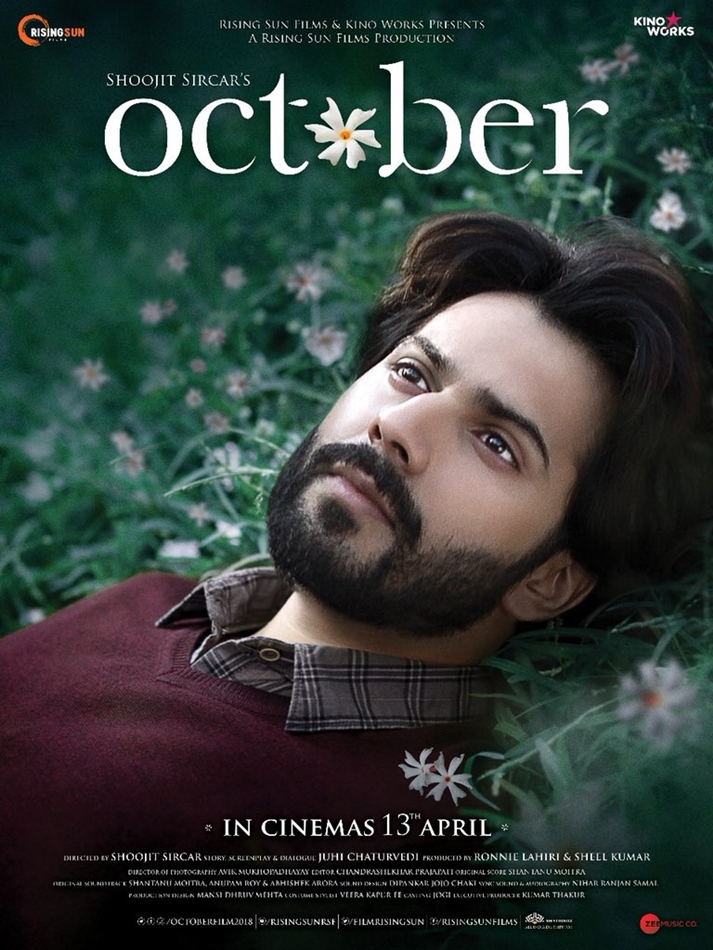 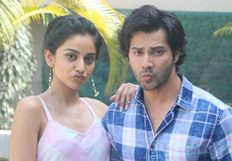