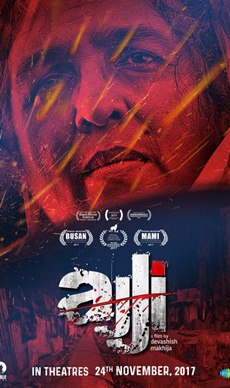 It's not so much the horror of a 10-year-old girl's rape that hits you, and hits you hard, in this revenge saga, so dark and so desolate, it seems more like a warning against what cinematic entertainment has come to mean for the masses than an actual film.

It is the sheer powerlessness of those who exist at the grassroot level that weaves a tight cordon around the audiences' sensitivities, choking the very breath out of you as a doughty grandmother, played with staggering integrity by Sushma, sets out to avenge her darling granddaughter's rape through a plan that only the desperate can devise and only those who have nothing to lose, can dare to implement.

"Ajji" is a horror tale of the most extreme kind. There is no freedom from the feeling of being suffocated by director Devashish Makhija's vision of a world so bleak, so deprived of hope and sunshine, it seems like a slummed-down apocalypse. Slum kids in our film are always shown to have fun.

Not this time. The camera (Jishnu Bhattacharjee) scarcely moves out of the squalor that the narrative has chosen as its destiny.

The film begins with Ajji (Sushma Deshpande, so much into character that you search in vain for remnants of the artifice that the camera necessarily imposes on actors) searching in the squalor of the slums for the missing girl. Once she is found, there is no room in the narrative for any digression. The tension builds up to a breaking point.

Makhija creates a world so devoid of hope, you are left sick in the pit of your stomach.

Rape in cinema is almost always sanitized, made palatable for the audience by being spoken about in sanctimonious whispers. Not in "Ajji". All the sordid details of the physical and emotional trauma faced by the ravaged girl (including the violated vagina clumsily stitched by a nervous doctor) is laid out for us.

A policeman (Vikas Kumar) questions and corners the rape victim's family as though they are the guilty party. The boorish repugnant rapist Dhavle (Abhishek Bannerjee, terrifying in portraying depravity so lucidly it feels like a religion) roams around free looking for another prey. Even a mannequin will do.

There is a lengthy loathsome sequence where Dhavle fornicates with a mannequin as his sleazy man-Friday eggs him on, providing us a vivid glimpse into his depraved mind. At several points in the narrative, I was so repulsed and horrified that I felt like walking away from the film. But then you really can't abandon a work so stark, real and honest that it serves up brutality in its most elementary form.

Cinema cannot get any more basic or honest than this.

Makhija shoots the characters in stark shades of pastel and rust. These are people so habituated to squalor and despair, they know no other life. This film enters their wretched life, and inverts all the rules of cinematic projection to create a world which is frightening in its bleakness and sobering in its lawlessness.

There are rare bouts of hope. The little girl now recovering from the rape attack, slithers with a smile to her father and holds his hand. He is shaken and nervous. He sings a folk song for her.

My heart sang along.

If you subscribe to a cinema of supreme starkness, "Ajji" is your thing. However, if you go to the cinema for an excursion into escapism, this is not your cup of tea.

There is no escape from despair in "Ajji".

Filmmaker Devashish Makhija is happy about his film "Ajji" travelling to different films festivals."A niche genre film like ‘Ajji' gets most of its traction and strength from film festival programmers, organisers, critics and audiences without whom such a film might never have been made even," Makhija said in a statement to IANS.Backed by Yoodlee Films, "Ajji" is a dark take on the classic fairytale, "Red Riding Hood". It tells the story of a nine-year-old girl, who is denied justice from the society and later her 65-year-old grandmother takes brutal revenge.Read More 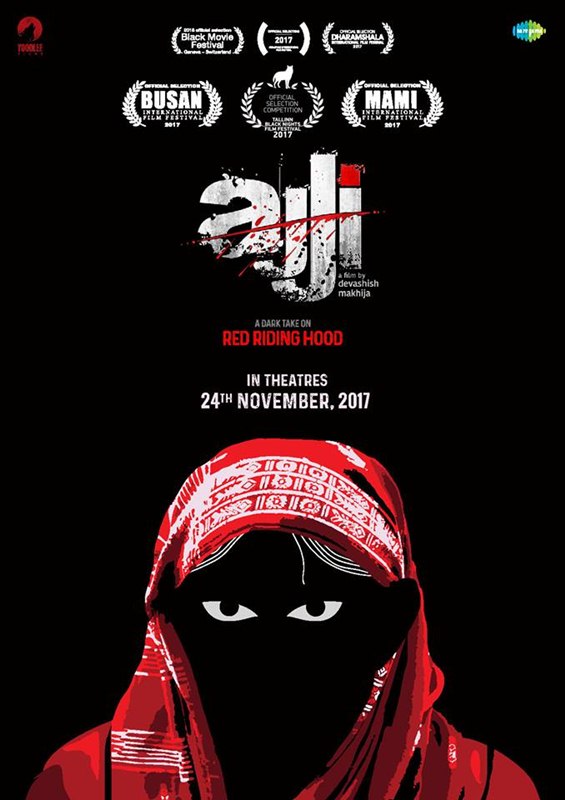 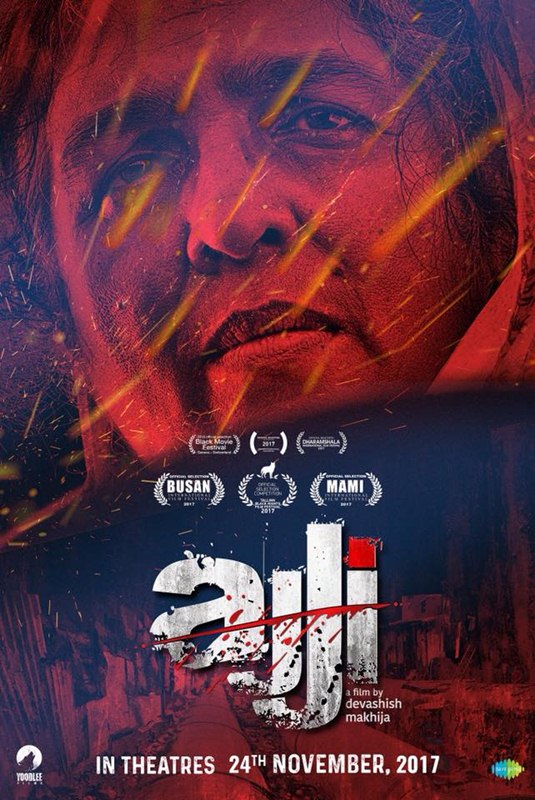